Look at Me Movie Review 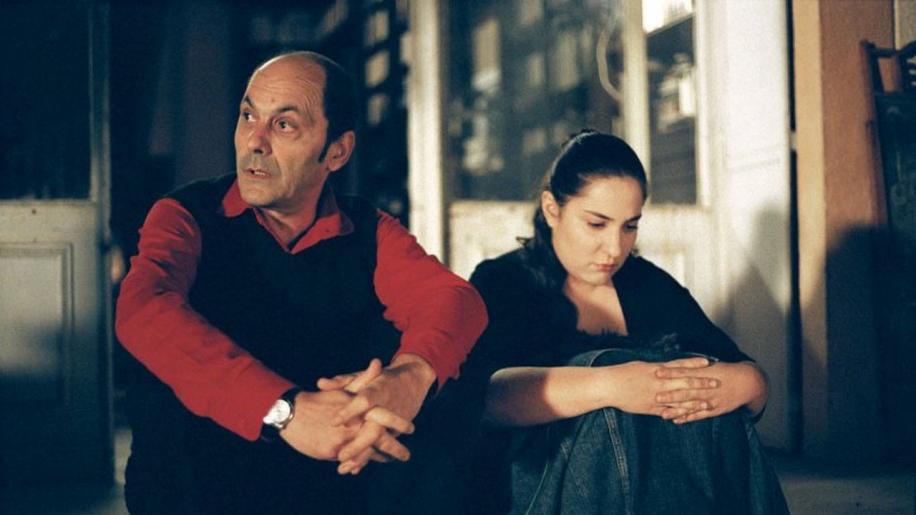 Right from the outset Look At Me's themes of emotional isolation, self-pity, doubt, vanity and ego-centricity are brought to the fore. Just a taxi ride can be a humiliating experience for poor Lolita (Marilou Berry), a talented young singer who, painfully overlooked by her famous author father, gets ignored by the cab-driver, as well. Then, when her father Etienne (an excellently irascible Jean-Pierre Bacri) and his young wife join her on the way to one of his many celebrity shindigs, his gruff self-importance causes yet more strife with the cabbie. This sequence reveals two of the main characters in all their nuanced glory - elements that will be drawn out and twisted around with throughout the rest of the film. Lolita wants to get on with her burgeoning singing career but needs the all-important backing of those nearest and dearest to help boost her confidence. Etienne, meanwhile, celebrated man-of-the-moment that he is, is having a bit of a crisis too. After a string of successful books he has hit the doldrums and now feels that he lacks the creative spark he once had - “I need a new brain...” and his self-absorbed nature is coming to dominate and trample over all his relationships.

Add to this already complex situation Lolita's singing teacher Sylvia (a wonderful performance by Agnes Jaoui, who also directed the film) who's too preoccupied with her own problems to really notice Lolita's potential. Her own set of problems being wrapped around a husband who is another writer, frustratingly still awaiting his big break. Only when she discovers who Lolita's father is does she actually begin to take an interest in the girl's talents and agree to coach Lolita's small chorus. And why does she do this? To get close to the great Etienne Cassard, of course. For not only is she an ardent admirer of his work but - AHA! -a connection to this already established author might just be the catalyst to help propel her husband Pierre into the big time. And, from Etienne's own point of view, wouldn't an association with some new blood help him find that vital energy to get back on track again?

So we have some sly manipulation thrown into the mix, but really what Look At Me is most concerned about is the complicated interweaving of disparate personalities, some of them inextricably linked, like Lolita and her increasingly stretched family, whilst others such as Etienne and his newfound confidante Pierre, become almost mirror-images of each other - the one seeing what he once was and the other seeing what he could possibly become. That Lolita, the down-trodden underdog, sidelined and dismissed, is actually the impetus for all this is the deft, but slight, hook that the film hinges on. Her pitiable lack of confidence and seeming inability to bridge the gaps that isolate her mean that even when a young man she inadvertently offers assistance to - whilst kept out of her own father's glitzy bash -takes an interest, she can only think that's he probably on the make because of her famous dad. Sebastien, as it inevitably turns out, is an engaging enough chap who has his own problems, but will, at least stand by her with true affection and no ulterior motives. All this inner turmoil will come to a head at Etienne's country house, but will the resulting personality clashes bring about any form of viewer satisfaction?

“I shouldn't have come. These people bore me.”

Despite some richly painted characters, a nuanced and probing screenplay (it won the Best Screenplay at Cannes) and a very naturalistic, often fly-on-the-wall style, I found Look At Me a quite tedious affair. The story is really minimal - merely an excuse to explore some basically un-likable people who spend all their time obsessed with their own hang-ups. Although we are drawn along separate plot strands that will unavoidably mesh somewhere down the line, nothing actually happens and at no point did I feel emotionally connected to anyone or their plight, or even remotely interested in how things would turn out. Most of the characters are irritating and, with the exceptions of Sylvia and Etienne who, at least, manage to inject some flavour into the story, feel woefully downplayed. The whole film, in fact, feels drained of energy with only the few scenes of Lolita and her amateur choir singing in the old church adding any life to the proceedings. I know this film has had lavish praise heaped upon it but, frankly, I can't understand why. Never as clever nor as witty as is claimed - the genesis of the comedy-tag I've frequently seen attached to it is a complete mystery. Even in a blackly ironic, or wry, take on how greed and personal vanity cloud one's aspirations drive to succeed the movie fails miserably to produce any hint of amusement, with the emphasis firmly entrenched in the cerebral drama of personal interaction. And on that level it works admirably yet still fails sufficiently to engage on the entertainment scale necessary to pep up the interest of this viewer, at least. Lots of verbal interplay that, ultimately, gets us nowhere.

Although these characters are built up with great conviction, meticulously crafted and extremely true-to-life, I couldn't care for any of them. Even Lolita, whom I certainly sympathised with, yet still couldn't warm to. Far from being the simple victim of her father's cruel ignorance of her talent, or even existence, she is portrayed as being just as flawed and capable of causing hurt. Now, I agree that's to be applauded. I think the whole clutch of characters are indelibly crafted and create a very accurate depiction of human behaviour. Blissfully absent are any high-sheen Hollywood stereotypes to clog up what is just a simple situation-drama. But in goes the incessantly glum parade of dour actors to remind us all what shallow, manipulative swine we really are. But that is just not enough, I'm afraid.

On the plus side though, we have a gentle, meandering style that never feels intrusive - the camera is content to sit back and let the characters live and breathe in nicely framed widescreen shots. Agnes Jaoui never feels the need to showcase anything more fancy, preferring instead a pure and consistent style. The use of music, or to be more precise, the singing is a key element that does deliver the slightest quiver of emotion. Particularly during the pivotal scene of Lolita's choir performing in the old church to an audience that includes her father who, prior to this event, had not even heard her singing on tape.

Yet, despite its stab at the difficult complexities of relationships, Look At Me is a deceptively small story that, much like Lolita in the film, I found all too easy to look away from.