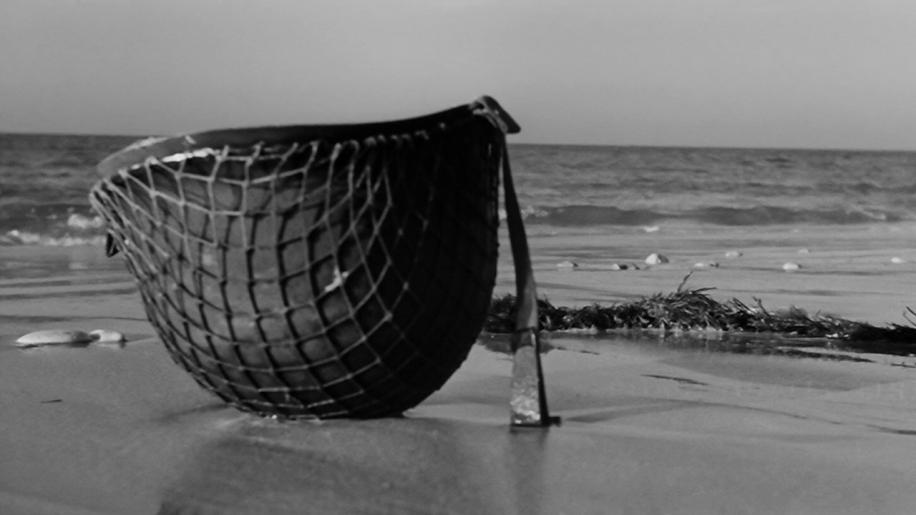 The first time I saw this movie was on a VHS recording many years ago. It was awful, presented in pan and scan and with many moments where the film jumped - presumably where the original print had broken and been spliced together. The transfer on this disc was therefore somewhat of a revelation although it is by no means perfect. As a side note, the “D-Day Revisited” documentary on the second disc contains clips taken from the movie but panned and scanned into 4:3, this shows just how much of the movie was lost in the scanning process and may be of use when convincing people of the benefit of original aspect ratio presentations, but I digress.

Presented in its original aspect ratio of 2.35:1 and anamorphically enhanced, the transfer on this set seems to have been struck from a new, or at the very least cleaned, print. Damage is noticeable throughout the movie but kept to a minimum of small dropouts and the occasional running scratch.

As you might expect a movie of this vintage and length, (nearly three hours on one disc and with quite a lot of action and film grain/noise), the DVD encoding is really being pushed to its limits. On the whole the result is favourable with the 42 year old movie probably looking as good here as it did when it was theatrically run, but there are a few moments, notably during explosions or smoky scenes, where visible banding appears.

Originally recorded in 4 track stereo using the Westrex Recording System and in 6 track stereo on the 70mm versions, this set contains a Dolby Digital 5.1 mix. The audio is very clear with a dynamic front soundstage jumping from military planning scenes and quiet moments between the troops, to all out war scenes where the rear channels are called upon to bring you into the middle of the action. Whilst missing the all enveloping effect that many of today's soundtracks have as standard, this is a very nice new mix which does add a sense of realism to the piece.

As mentioned above, the movie runs for nearly three hours with a dolby digital soundtrack. It is therefore no surprise that the first disc is barebones with no extras, save the ubiquitous scene selection and language selection options.

Things notch up a gear on the second disc with two documentaries, (featurette doesn't really do them justice), on offer. The first of these, “Hollywood Backstage - The Longest Day”, is fascinating both in the context of the film and in its commentary on the changing film industry at this period. Covering the rise of Darryl F. Zanuck and 20th Century Fox, his departure and the ensuing battle he faced with Fox to produce the Longest Day. Well constructed and featuring a great many insightful interviews with original cast members, the documentary doesn't feel it has to resort to self praise at any point, a great extra.

”D-Day Revisited” is an oddity, if a welcome one. Featuring Zannuck himself, (who can't seem to pronounce 'Pegasus'), and produced in 1968, the documentary returns to the original locations of the D-Day battles and the movies locations. Slightly staged and with a feeling of a short that you may have seen in one of your less boring history lessons at school, this is still an interesting, relevant and certainly worthwhile extra with my only criticism being that this feature has no chapter stops.

Features are closed off with 4 trailers featuring “The Longest Day”, “Tora! Tora! Tora!” (which runs as if it is listing a series of questions on a history exam paper), “Patton” and “The Thin Red Line”. All menus on both discs are static.

If you enjoy war movies, are a John Wayne fan or just want to see a really ambitious piece of film making, this is an excellent film. Whilst it does overreach itself at times and tries to cram in far too many stars for its length, it is still technically brilliant and, with the 60th anniversary of D-Day just having passed, a timely reminder of the sacrifices that were made during a decisive moment in world history.