This isn’t “You will never be a god” Loki, it’s “you mewling quim” Loki. 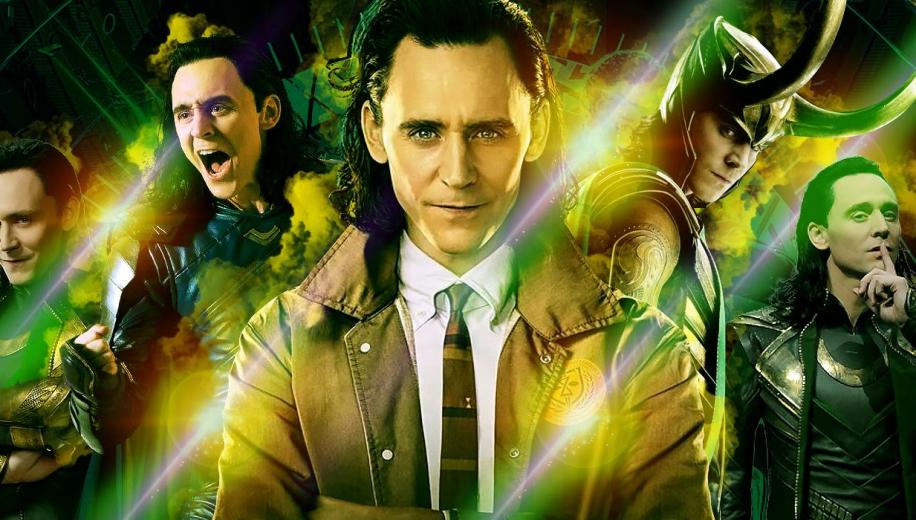 UPDATE: Scroll to the bottom to read our thoughts on the the series as a whole. The final section contains mild spoilers.

Another month another Marvel. This time it’s the wacky time travelling exploits of Loki: Super-God and after a really big ask with WandaVision’s opener, and a really very standard outing for The Falcon and The Winter Soldier’s first, Loki seems to have finally struck that balance of ‘weird-but-not-too-weird.’

All it took was a fumbled pass in Avengers: Endgame and who should end up with the boundless power of the magical Tesseract but Loki Laufeyson, would-be conqueror of the universe, Asgardian god, and all-round mischievous scamp. Now free of his original timeline - and a destiny which included evil plan, capture, escape, rinse, repeat – he’s got plans to use this escape to set off on a new scheme to rid himself of The Avengers. But unfortunately for him, the Time Variance Authority might have something to say about it.

When Endgame messed about with the timeline, most people managed to return to, if not the exact same position then a very similar one to where they were at the beginning of Infinity War. Notable exceptions to this obviously included Captain America, Natasha Romanov and Loki. By swiping the Tesseract in the aftermath of the events of 2012, Loki (Tom Hiddleston) managed to dodge out of a lot of character development. A lot of character development that turned him from greasy evil-maker to sympathetic anti-hero. That change in Loki was one of the only good things about Thor: The Dark World and one of the best things about Ragnarok, which leaves this new series in a bit of a quandary. Should it revert Loki to his evil greasy self or spend time pushing him back toward those big character moments?

... manages to be an absolute delight

Well, the answer is neither. Both. For the purposes of this show, playing a “Loki’s greatest hits” montage is more than enough to do most of the job. Agent Mobius (played by Owen Wilson… as Owen Wilson) is betting that just showing Loki a “here’s how you could have died” clip show will be enough to change his ways, like a magical green and gold Scrooge. Luckily for Mobius, he’s dead right and a couple of tears later, nice Loki is back. Sort of.

Screenwriter Michael Waldron could have found himself trying to write his way out of a corner but instead he just pushes on through. “Remember how over the years he learned and loved and laughed? Well… that. Now let’s move on.” It’s a gamble with some sketchy writing that works only because of how familiar we are with the character and how settled Tom Hiddleston has become in the role. His confidence to spend 45 minutes just bouncing around in Loki's head while quietly setting up something more to come absolutely pays off and gives us more odd-couple comedy in one episode than The Falcon and The Winder Soldier managed in a whole season.

While a little insubstantial other than that breakthrough, the opening episode still manages to be an absolute delight. Although the plot barely twitches, the playful design and the introduction of the time-bending concepts shine. In a similar fashion to the opening episodes of WandaVision, the story takes a backseat to immersing us in a new reality. But rather than swimming against a current of disconnected plot and style (something I personally found quite exciting, but which alienated more than a few people), there’s a lifeline here: a very clear and immediate progression of the events from film to series. Because of this, we’re able to be dragged along with it into this new dimension of neo-70s offices, time travel, multiverses and crazy bureaucracy.

The TVA calls on Terry Gilliam for style notes, particularly in relation to his science fiction bureaucracy in Brazil, as well as other notable extra-dimensional office spaces like 2011’s The Adjustment Bureau and 2019 videogame breakout hit Control. Spaces and equipment which look simultaneously state-of-the-art and hopelessly retro. The concept of the TVA is a fun one too: an FBI type organisation whose job it is to keep things working to the “sacred timeline.” The aesthetic is great, future tech in seventies décor always works for me. Legion, the brilliant FX X-Men spin-off TV show, took advantage of it to huge success. So too did the wonderful Maniac on Netflix and contender for greatest Amazon Original series Tales from the Loop. It’s a great way to immediately say “time displacement” and its sheen is not yet tarnished from overuse.

Owen Wilson fits perfectly into this setting and builds an easy rapport with Hiddleston, his ability to remain disconnectedly deadpan through surreal events surely the result of years of experience with Wes Anderson. So too do the supporting characters, enforcement officer Ravonna Renslayer (Gugu Mbatha-Raw – no stranger to weirdness following her appearances in Black Mirror and The Cloverfield Paradox) and office drone Casey (Eugene Cordero – not long off the back of appearing in yet another recent science fiction bureaucracy The Good Place).

The script is sharp, razor sharp, and carries through the darker edged comedy from Loki's previous Marvel appearances, a good sign for those anticipating the upcoming Doctor Strange sequel, also penned by Waldron. Carrying that script easily, the characters are a fun, mismatched group, exactly the sort of rag tag team you want for these potentially mad adventures. The set designs are simply the icing on the cake: gorgeously detailed, filled with weird gizmos and balancing that tricky blend of practical and CGI environments, a promising note for all the time hopping that is sure to follow.

Where the episode really performs, however, are in its most gloriously ‘out-there’ moments. There’s a decades old unsolved mystery that is tied up in the best way possible; a huge existential crisis gets mined for comedy (Loki’s tentative “what if I’m a robot and just don’t know?); and best of all is the TVA commercial which plays in the waiting room – a little Hanna-Barbera / Mr DNA type cartoon which acts as an entertaining exposition dump. I’m not sure if that’s a sign of more playful invention to come, or that I’m already enjoying the background stuff more than the actual characters. Nah, it's the first one. This show really is burdened with glorious purpose.

As the first season of Loki comes to a close – and lo! It has been revealed to be a first season, not a standalone like WandaVision or Falcon – we are left with arguably the most consistently successful of the three serialised MCU outings. Not perfect! Not flawless! But successful in both its storytelling and pacing. Not only that, but it achieved something that other recent comic-based TV series and movies have forgotten to strive for: it was fun.

Valuable and rare is a show that is almost guaranteed to put a smile on your face, and Loki did that. Through the dialogue (frequently excellent between Loki and Mobius and often just as good between Loki and Sylvie); through the set pieces (watching Loki repeatedly kneed in the groin activated a sort of primal urge to giggle in me – when is groinal injury not funny?); in its daring and wacky ideas (I believe the opportunity has been missed for me to start making money off Alligator Loki merch, but I sure hope someone is out there making a killing right now) there wasn’t a single episode without at least a moment of pure delight. And that’s pretty special.

But I said, “not perfect.” There was a little waiver there, between episodes 3 and 4. Lamentis was a fun diversion and a great opportunity to connect with Sylvie as well as being a great excuse to be reminded of just how Asgardian Loki is. But there was maybe a little too much time away from the beige intrigue of the TVA, only to return to face the mysterious time-keepers…from whom not a word could be understood thanks to some overzealous sound design.

But still, in terms of its production, the strength of the series has been its momentum. Loki never seemed to pause for breath and even the slightly stodgy weekend break on Lamentis was set amid the (admittedly slightly hollow jeopardy of the) destruction of a planet. The team of Michael Waldron and Kate Herron have put together a solid bit of long-form cinematic storytelling, balancing almost perfectly between serialised character drama, effects heavy science fiction and a healthy dose of fan-service. It’s the first example in a long while too of Marvel eschewing a grand CGI-laden battle in favour of a heavier existential dilemma.

Not that they didn’t try to have their cake and eat it too – the face off with Alioth was no small potatoes – but that it wasn’t the defining moment for any of the characters was a good step towards realising that these cinematic battles are no longer the heart of the Marvel franchise, and are more frequently becoming seen to be the weak link in their output. But Waldron and Herron knew their confines and wriggled within them. They provided a bit of marvel spectacle before pulling the curtain back to reveal just how inconsequential it had been.

It was great bit of bait-and-switch as the last episode, while a bit of an exposition dump, finally revealed the true danger behind the TVA (and revealed it to be EXACTLY what I guessed – I’m feeling pretty smug right about now) and now we have one of the most powerful villains in Marvel Comics’ history officially entering the playing field. Any hesitation at remaining involved in the unstoppable entertainment behemoth, any notions of fatigue or burn out, now seem a little further from the mind as Loki demonstrates that there is life and originality in the franchise yet.

All six episodes of Loki Season One are available now on Disney+.