What have I become, my sweetest friend, everyone I love goes away... in the end. 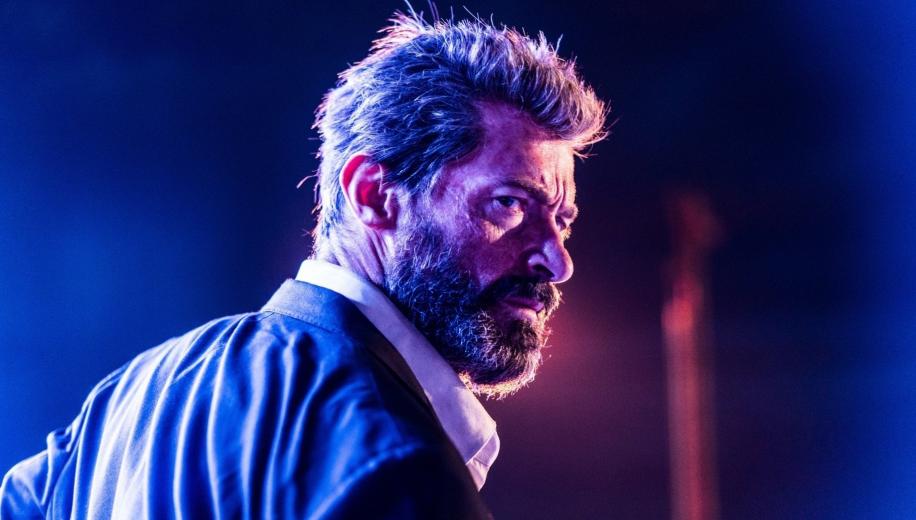 Logan, James Mangold's ferociously feral follow-up to 2013's flawed but still impressive The Wolverine, proves that old tigers, sensing their end, are indeed at their most fierce.

Stepping outside of the X-Men movie line proper initially gave us the botched X-Men: Origins, but Mangold's The Wolverine largely redressed that, hinting at what Jackman's wonderfully realised beast could really do out of the comfort zone of the larger franchise. Logan makes good on that promise, painting a vicious, near-dystopic future (at least for mutants), and an ageing, broken human weapon who will never be able to clean all the blood from his blades, and who has little left to live for. Logan is arguably the best you could ever expect from a Wolverine movie, with a dark western-infused vibe of small-scale finality that pervades the piece. There's nothing about this that marks the 'end of the world' in a Marvel blockbuster ending kind-of way, yet there is still significance to the fate of these individuals, who desperately need the help of a violent outcast to survive.
Indeed it harks back more to something like Mad Max 2 (or even the bluntly alluded to Shane) as opposed to anything we've seen from the X-Men, or comic book movies in general. And the action sequences are unreservedly brutal, each one taking a chunk out of Logan's wounded warrior (there's also a definite Universal Soldier vibe too, in a good way, as weaponised enhanced humans clash, take dangerous serums to keep going at optimum efficiency, and wrestle with / discard their humanity). Indeed the flaws in Mangold's creation are few and far between. Logan is undoubtedly one of the best Fox-Marvel productions, as game-changing (and oddly reminiscent of, at least in terms of oppressive future tone) as X-Men: Days of Future Past, and certainly the best thing that they've ever done, or likely ever will do, with the headlining character.


Precision presentations which are reference through and through

Despite being a gritty, noirish future dystopic flick, Logan is absolutely striking on Ultra HD. Even before we consider the impact of HDR and WCG, the image boasts tremendous detail, soaking up the weathered environment, weary visages and battered clothing. There's a palpable western texture to the piece, not least in the desert-dominated settings, and direct comparison with the accompanying Blu-ray reveals tangible differences between the two, with enhanced clarity, detail and precision even beyond what would already be regarded as a largely reference BD presentation.

The HDR and WCG afford the style of the piece some distinctive flourishes in key segments, not least the opening sequence, bringing the image greater range, more vibrant tones, higher peaks and deeper black levels. Indeed even the 'Logan Noir' version, which is also included on a separate Ultra HD Blu-ray disc (as well as a separate Blu-ray disc for comparison to the 1080p Noir version), despite being ostensibly something of a novelty addition in the mold of Mad Max: Fury Road - Black and Chrome, and despite largely negating any perceived benefit of the WCG component, also clearly trumps its BD counterpart in terms of detail, with a striking use of contrast courtesy of the format's first-ever black and white implementation of HDR10. Whilst it may not definitively be the better way of watching Logan, it's an interesting variant that's worth checking out. Overall these are precision renditions of Logan, in 1080p and 2160p; in colour and black & white, and reference examples through and through.

Cas Harlow reviewed the audio using a standard 5.1-channel setup – Logan benefits from an equally stunning Dolby Atmos track, based around a Dolby TrueHD 7.1 core which is, itself, nigh-on perfect. Continuing the western theme, there's little emphasis on dialogue here, but the words that are spoken, however gruff and mumbled, still come across clearly and with precision. Effects are myriad and rendered with aplomb, showcasing some impressive separation even without the Atmos enhancement, as bullets ring across the soundstage, cars crash through your living room and psychic trauma perforates your eardrum. The LFE channel keeps heavily involved in the proceedings, and the haunting score further emphasises the fateful path of these characters. Even without the added immersive angle, Logan's audio is already reference.

Steve Withers reviewed the audio using a 7.2.4-channel Dolby Atmos setup – As good as the 7.1-channel DTS-HD Master Audio soundtrack is, and it is good, the Dolby Atmos mix offers a definite improvement in much the same way as the 4K image does over the 1080p version. The subtle atmospheric cues in the object-based sound design really help to establish a sense of location, especially the scenes inside the giant silo where much of the earlier part of the film takes place. The dialogue is expertly mixed into the overall soundtrack, keeping it clear and focused, whilst effects are steered around the room with precision. The multi-layered nature of the Atmos soundtrack allows certain scenes to really immerse the viewer and the sequences where Charles loses control of his power are particularly effective. The low frequency channel is used extensively to underscore the action, adding greater impact to the brutal action scenes. These are particularly effective, combining guns, explosions, car crashes and violent hand-to-hand combat to add a more adult tone to proceedings. The end result is a superb soundtrack that delivers the filmmakers intention with a reference performance.

Despite coming in a not insignificant 4-disc package, Logan's extra material is not quite so plentiful. The 'Logan Noir' version is a nice addition, but will likely only be a watched-once curio for many. It certainly does not feel like the movie was always designed to be seen in black and white, with several sequences noticeably losing impact due to the lack of colour pop. On the other hand, the noirish mood and western sensibilities generally leave a film like Logan far from looking unnatural in black and white, so I'm sure some fans will appreciate the alternative version. It's certainly credit to the studio that the 'Noir' version makes the first release - and in Ultra HD no less - as opposed to Mad Max: Fury Road, where fans were not as lucky on either count.

In actual fact, the 4 disc set is misleading in terms of actual extras, particularly since they all sport the same Audio Commentary by Director James Mangold (which is an honest and informative affair, respective of the franchise, the character and the significance of this final chapter, whilst also speaking towards the burgeoning superhero genre as a whole). Worse still, however, the only disc that has any other extras is the Logan Theatrical Version Blu-ray, which boasts a comprehensive feature-length Documentary, Making Logan, which compiles a number of mini-featurettes to look at various aspects of the production to total almost 80 minutes of behind the scenes information, as well as 8 minutes of Deleted Scenes (also with Optional Audio Commentary from Director James Mangold). It would have been nice to have Jackman on board for the Commentary to his last Logan outing but it would have also been nice to have the extras ported onto the actual Ultra HD (or one of the Ultra HDs!). Nonetheless, these are solid, strong extras, although unfortunately the Blu-ray disc is Region A locked so those importing who aren't Region FREE won't be able to check out anything beyond the Commentary (another further disappointment that could have been avoided had they been ported onto the UHD).

Logan's Ultra HD Blu-ray release boasts not only the theatrical version but also the Noir version, something which fans will at least appreciate not being left for a double-dip further down the line (like Mad Max: Fury Road). The video and audio is astounding, whilst there's a strong selection of extras, giving you little reason not to already own this or have it on order. Highly recommended.