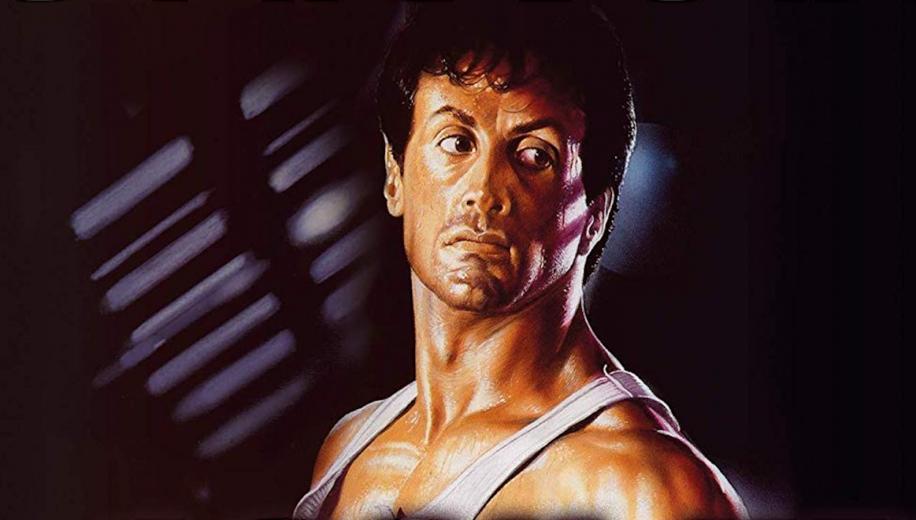 Neither mature enough to be Stallone's Escape from Alcatraz, nor immature enough to work like Van Damme's Death Warrant, Lock Up is still an engaging attempt to give Sly life beyond Rambo.

Stallone really likes prison movies. From Escape to Victory to Escape Plan (1, 2 and 3) to getting wrongly convicted in Demolition Man, Tango & Cash and even Judge Dredd, perhaps the theme was never more obviously - albeit confusingly - detailed in his 1989 drama, Lock Up.

It was the year after Rambo III, and Sly clearly wanted to try something a bit different, attempting perhaps to infuse some Rocky underdog vibes into a gritty prison drama. It was a misguided effort, which wielded a story that was even more preposterous than Van Damme's Death Warrant, but somehow thought it was better than that. Big mistake.

Inexplicably put in a minimum-security day-camp prison after he broke out to see his dying mentor and publicly embarrassed the warden who refused him leave, Stallone's Frank soon finds Sutherland's warden out for revenge, unscrupulously transferring him to a maximum security facility where he tortures him, sets violent offenders on him, and threatens to have his girlfriend raped. Eventually, enough is enough.


They actually should have doubled down on the gonzo stupidity and over-the-top brawls, and played it for what it was; a Van Damme movie, starring Stallone

Lock Up is preposterous. More preposterous than when Tango & Cash get framed, sent to prison, and almost tortured to death by Jack Palance's gangster, who is powerful enough that he can get inside the prison. But it would have been fine, if everybody wasn't taking it so seriously, playing it out with Bill "Rocky" Conti's hopeful underdog score, and pitching Stallone as a beaten dog of a victim, who has to overcome Sonny "Predator" Landham's prison bully, whilst getting help from a young Tom Sizemore, and facing off against a practically moustache-twirling Sutherland. They could have stripped the inane plotting out (or actually told the 'origin' story, as it were, to give it more credibility) and removed the pure action sequences if they wanted another Papillon, but, much more appropriately, they actually should have doubled down on the gonzo stupidity and over-the-top brawls, and played it for what it was; a Van Damme movie, starring Stallone.

Despite its confused identity, Lock Up is still curiously entertaining, both in its repeat action shots (classic Van Damme-style of the era, where the same single blow - normally a kick - would be shown three times, in quick succession, from slightly different angles) and its ridiculously over-the-top conspiracy tale, where you simply can't wait for Stallone to lose the plot and take the fight to all the corrupt 'bad guys' out to get him. There's some harmless, hopeless charm in the car rebuilding (and aftermath), cheering underdog glory in the aggressive American Football match, and commendable Bond villainy from Sutherland's ludicrously powerful warden. And there's Stallone, who almost completely sells you on the whole damn thing - apparently aware of the problems the movie had (and later admitting as much) - but nonetheless commendably committed to giving an earnest, 110% performance. Ironically, as long as you don't take it as seriously as he does, you'll probably stay on board this ride. Lock Up comes to UK Ultra HD Blu-ray courtesy of Studiocanal, marrying up to the likely identical US release from Lionsgate, and delivering a strong native 4K video presentation.


It's a frequently impressive video presentation let down at the outset

Lock Up doesn't get off to a great start, with a softer title sequence segueing into a prologue that isn't much better. DNR has evidently been implemented, and a modicum of noise is apparent too, perhaps even exacerbated by the Dolby Vision HDR. Once we get to the prison setting, however, this largely calms down and stabilises, with far more demo shots revelling in the skin textures - often beaded with sweat - as well as a gritty prison backdrop. There are some genuinely impressive close-ups which hit such a high standard that, if this was universal across the whole presentation, it would be undeniably reference. Even with some initial instability, however, this is a strong 4K rendition, making the most of its native 4K roots, and also implementing some perhaps surprisingly striking tones through those all-too-important elements of HDR and WCG.

From the red lighting that makes Sutherland look like the devil he acts like, to the prison spotlights, there are some nice flourishes that enjoy the range of peak whites and deep blacks, and the vibrance of colours, afforded by the 4K format's best enhancement tools. Some of the darker sequences struggle with grain levels, but only briefly, and Dolby Vision works wonders in spite of the age, budget and shooting locations. It's a frequently impressive video presentation let down at the outset, which arguably leaves you looking for more trouble along the way. Thankfully, there isn't much to find. The accompanying audio is strong, with a remixed DTS-HD Master Audio 5.1 track that does a solid job affording some amount of aural immersion across the proceedings, largely balancing the at-times-overwhelmingly earnest score from Bill Conti, the not-as-important-as-it-thinks-it-is dialogue, and the plentiful body blows, pulling you into the maelstrom for the duration.

As with the video, the score isn't without its issues. A latter-end sequence in the steam plant intermittently struggles with the background hiss (perhaps the clean-up tools were confused as to whether it was noise, or intentional hissing of steam), and Conti's score infrequently has a slightly hollow feel to it. But for the most part, it all gets fine presentation, delivering punches and kicks with impact, a throaty bit of engine growl - all with some LFE input - and decent rendering of the scoring above it all. Studiocanal's 4K release of Lock Up sports a whole host of extra features, which is perhaps something of a pleasant surprise for such an unlikely title to grace the format. Whilst it's nice to have a salvo of background offerings, the seeming plethora obfuscates the fact that each of them is surprisingly short, with the Interviews little more than thirty-second soundbites. Nonetheless, it's a worthy effort.

The longer 6 minute Making Of and 8 minute Behind the Scenes Featurettes ostensibly headline the piece, whilst we get a further shorter Featurette on Stallone. In terms of Interviews, at least the Stallone effort is 5 minutes long, which is arguably long enough to at least reveal some interesting titbits about the production, but the other four, including Sutherland, get but seconds to talk about their roles, with the package rounded off with a Trailer. Despite its confused identity, Lock Up is still curiously entertaining

Frequently fumbling around in different genres before returning to his forte (the following year's Tango & Cash - whose notorious 11th hour reshoots and re-editing may well have been as a result of the problems with Lock Up - was followed by a comedy break before going back to action for one of his finest features, Cliffhanger), Stallone's Lock Up is worth watching largely for him, but certainly isn't without its issues, it's almost exactly what you'd end up with if you ill-advisedly tried to cross-breed Rocky with Van Damme's Death Warrant.

Studiocanal's UK 4K Ultra HD Blu-ray release, likely matching up to the near-simultaneous US release from Lionsgate, has decent enough native 4K video, and strong enough audio, as well as a surprisingly number of, admittedly short, extra features, rounding out an impressive enough package for fans who were crying out to have this in 4K.