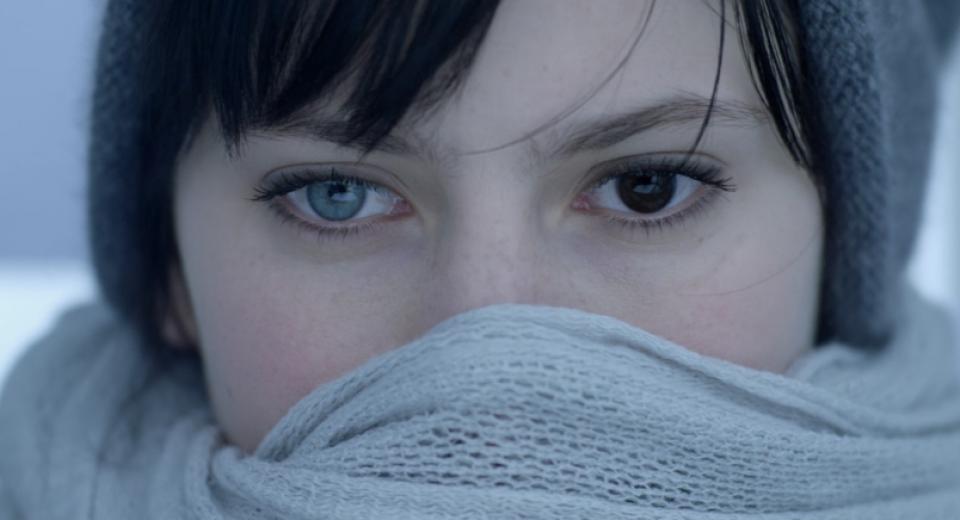 The difficult second album. That's what they say - if your first offering is a success, then more eyes will be on you to see what you do with your second. The added pressure can often lead to completely washing out, but sometimes the fault with this difficult second album lies not at the feet of the artists, but rests firmly on the shoulders of those with high hopes. This is what I'm leaning towards with Livid.

It's the second offering from Alexandre Bustillo and Julien Maury, the directorial duo who, back in 2007, gave us Inside – an addition to the spate of French Horror movies making a deep cut into the vein of popularity at the time. It was received well, and is today considered a neo-classic in the genre, but there's no escaping it - a Genre film it was, and as such, it was always going to have it's work cut out competing against the likes of Alexandre Aja's fantastically gross Haute Tension and subsequently Pascal Laugier's brilliant Martyrs. But Inside held it's own even against such giants, and the world – or at least those of us interested in the French Horror cinema genre – held our breath to see what the two directors would come up with next. The result, a significant departure from the hack, slash and torturously grotesque, to the more fantastical eerie adult fairytale.

The story follows Lucie (Chloé Coulloud), a student nurse on her first day of a 10 day long secondment with a more senior nurse, Mrs Wilson (Catherine Jacob), with whom she hopes to gain some experience in her chosen field. In and around Lucie's home town, a sleepy fishing-port somewhere in Brittany, she accompanies Mrs Wilson as she carries out home visits to many elderly and disabled folks, unable to look after themselves. Her duties vary from administering medication to patients incapable of doing it themselves, to simply visiting the lonely and frail for some human interaction. One of the patients, Madame Jessel - once a famous dance instructor - lies in a cerebral coma in her large and now desolate old mansion. In a dusty darkened top floor bedroom, Jessel remains motionless, hooked up to an oxygen machine, her final wish - to die at home.

The old mansion sits on the outskirts of the village, and is the subject of many rumours and myths amongst the townsfolk. Jessel's only daughter - a blind and disturbed child - had died years before. The dance tutor was once renowned as one of the best in the world, and was supposedly very rich. During Mrs Wilson and Lucie's home visit to the old house, Mrs. Wilson tells Lucie of a rumour that there is treasure hidden somewhere in the house. Later, Lucie tells her boyfriend, William (Félix Moati), of the supposed treasure. Loud and obnoxious by nature, but bored and desperate to escape the dull and dreary surroundings of the town, and the monotony of working on his father's tiny fishing boat, William convinces Lucie, and bullies his brother, Ben (Jérémy Kapone), to break into the house and steal the treasure. Reluctant at first, but swayed by William's boisterous and aggressive insistence, Lucie and Ben agree. Lucie, however, stipulates that she will go along with it on the proviso that they do not break anything, and they only take enough to start afresh in a new city.

On Halloween night, the trio decide to visit the house and steal the treasure. Upon arriving, the trio's best intentions of being stealthy begin to fall by the wayside and they start to clamber about haphazardly, smashing things as they go. Soon, they find themselves trapped in the house, and discover that the folklore about the Jessel family and the house was not only true, but that the Jessel's guarded a secret even more peculiar and disturbing than anyone could have imagined.

So right about now you're probably thinking that this sounds pretty much just like every other haunted house horror movie ever made, and if I'm honest, you'd be right. It bears all the hallmarks of it's predecessors and is absolutely riddled with clichés. However, that's not to say that it remains so for the duration.

Livid offers us familiarity in the first two acts. We meet the girl, bored and unhappy in her work, but showing bright promise - contained only by the dull and dreary town she lives in. We meet the boyfriend, he's loud and obnoxious, and we can be fairly sure that he's going to be one of the “problem” characters. We meet the brother, he's a nice boy, in a sense just “going along with it” at the behest of his forceful brother - we assume that something horrible is likely to happen to him. Then we have the house, it's creepy and mysterious, overgrown and forgotten, with an old haggard woman laying comatose in a dark and dusty bedroom somewhere on the top floor. Nothing that new or out of the ordinary here, but it becomes obvious early on that Bustillo and Maury had no intention of creating just another brutally violent and hugely graphic piece. Preferring to lean more on the side of subtlety, the pair attempt to creep you out with techniques of old. For the most part, they are unsuccessful.

Sadly, I've just seen this stuff too many times. Stupid people stumbling around in the dark; shouting out when they ought to be quiet; smashing things to draw attention to themselves; touching things that should be left alone. It's completely telegraphed, and though for the first moment or two of each scene in which I'm supposed to feel a sense of horror, I feel it – it's all far too drawn out to remain creepy or disturbing. You would be forgiven for thinking that these first two acts were directed by first timers, but for the subtleties right from the beginning, such as the posters for missing children strewn around Lucie as she waits for Mrs. Wilson to pick her up from the bus stop. A nice touch, but I think they could have gotten away with being a little less discrete.

But it's the third act in which we are given cause to raise a smile; reason to scratch our chins, and a feeling of having been tricked into thinking this was just another Hammer-esque haunted house affair. Without wanting to reveal anything too spoilerific, what transpires left me feeling a multitude of emotions, but most notably satisfaction. I felt as though the movie had somehow redeemed itself - it tricked me into feeling a sense of apathy for it, almost disdain, before slapping me right around the chops with a curveball out of nowhere. It's a cheeky turn of events that I did not see coming.

This third act redeems the movie for me, and is a perfect example of the modern day adult fairy-tale – reminiscent of the quality delivered by Guillermo Del Torro in Pans Labyrinth. “Whoa there!” - I hear you cry - big words, for sure. Perhaps slightly too favourable a comparison to be taken literally, as Livid is by no means in the same league as Pans Labyrinth - but as the tale played out, I couldn't help but make a connection between the two, albeit relatively distant. There's no Fairies or Fauns here, but there is a bubbling undercurrent of the fantastical – a morbid, adult telling of a fairytale.

The history and lore of the Jessel's is revealed to us through a series of flashbacks, in which see Jessel instructing dance pupils with a stiff whipping rod and a stern glare. Marie-Claude Pietragalla plays Madame Jessel in both her youthful dance tutor scenes, and as the old and dusty woman in the bedroom with the breathing apparatus on her face. She's both powerful and frightening, even when she's not intending to be.

Chloé Coulloud has a captivating screen presence. She's confident and strong in her performance, and although having had a limited career thus far, never for a moment seems out of her depth. Catherine Jacob is marvellous as Mrs Wilson - authoritative and full of wisdom and insight, yet she soon proves to have a much more evil vein just beneath the matriarchal exterior. She carries the first two acts almost single handedly. Félix Moati is detestable as the loud and annoying boyfriend who's angry at everything for no reason, whether it be his girlfriend, his brother, a window or a flashlight – his character is infuriatingly clichéd, and as much as I hate his character, he does it pretty well.

Though on the whole quite a good movie, I can't help but feel slightly disappointed. I felt like too much time was spent building the whole thing up. It's almost as if Bustillo and Maury wanted to make it blatantly obvious that they were not conforming to the genre, that they were going back to the roots of the Hammer Horror, that they could inject a little life into the genre without having to chop heads off or spatter blood all over the place in every scene – but unfortunately as a result of the slow paced first two acts, the movie suffers slightly for this. There's something missing from the recipe of a good horror movie if you find yourself actually wanting the characters to die. There are far too many overworked genre clichés and telegraphed jumpy moments for it to be entirely forgiven, but the climactic final act does go some way to patching things up a bit. A morbid and unsettling conclusion that comes at you right out of nowhere manages to elevate this movie beyond the “average” scrap-heap, and confirms that Bustillo and Maury have still got some chops when it comes to french horror.

After all is said and done, Livid is definitely worth a watch.