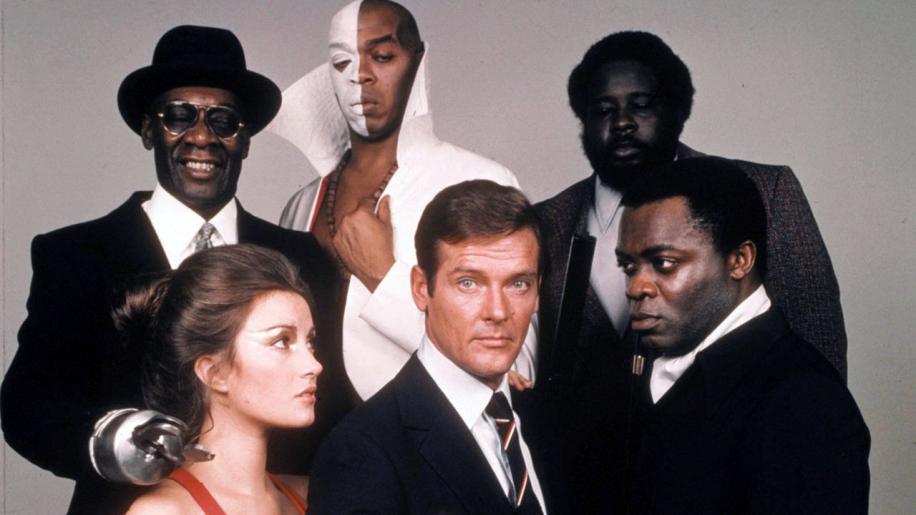 After the disaster that was Diamonds Are Forever, Sean Connery decided, for whatever reason, that his days at playing Britain's top spy with a licence to kill and an expense account to start a recession were over. And who can blame him? His popularity had peaked some four films earlier in what was arguably the best Bond film up until the franchise was re-booted by Daniel Craig - Goldfinger.

Connery had already hung up his Walther PPK previously and MI6 had to turn to an Australian to fill the camel skin loafers - George Lazenby. Many Bond purists (me included) would agree that Lazenby's turn in On Her Majesty's Secret Service was the closest portrayal yet of Flemings Bond - many also still argue that it is still the best film of the franchise so far. It's certainly the film that resembles the novel the closest - so the question remains - why was it a total disaster?

Well the answer to that question is probably as straight forward as the public weren't ready to let Connery go - and neither were the critics. OHMSS received such a critical panning that it scared George Lazenby off for life and sent the producers cap in hand back to Connery telling him to name his price to return as 007.

However, when Diamonds received the same panning that OHMSS did, the producers decided it was time to bring in somebody new - so they patted Connery on his hairy back and bid him farewell...but the question was - WHO was going to take over the mantle...?

Two names kept coming up - one of them was actually linked to the part ten years earlier before Connery was cast. The names were Timothy Dalton and Roger Moore - the latter having been linked with the role previously. The producers favourites for the role was actually Dalton - but he declined saying he was to young...but the producers knew that he wasn't really ready for the media attention that the role of Bond actually brings and believe that the real reason was that he wanted to stay out of the public eye...that left Moore.


With Sir Rogers selection as Bond came a few problems of their own. For starters Connery and Moore were two entirely different actors with completely different persona. Whilst Connery had failed miserably to deliver the comedy element of Diamonds, Moore was something of a comedy genius. Also, Moore had been playing Simon Templar in The Saint and Lord Brett Sinclair alongside Tony Curtis in the big budget TV series The Persuaders. Both of these TV series were highly popular both sides of the Atlantic and had sent Roger Moore to TV superstardom - BUT - both Templar and Sinclair were so very different to Bond...so the biggest problem that faced Sir Roger was trying to convince the movie going public that he wasn't playing either of those characters - and that he was a totally different Bond to Sean Connery.

Producers Broccoli and Saltzman decided to convince the scriptwriters to write too Moore's strengths and forget everything that was done before - this meant bringing more of a comedy element into the role and taking away a few of the things that make Bond Bond.

The first of Roger Moore's seven outings as Bond was Live And Let Die, based on Flemings second novel featuring James Bond.

The pre-credit sequence in this particular film is unique in the fact that James Bond doesn't actually appear in it...instead, we witness the murder of three agents in three different parts of the world - New York in the United Nations building, New Orleans and the Caribbean island of San Monique. Bond is sent to investigate these murders and the finger of suspicion soon points to Dr Kananga (played by Yaphet Koto), who is the dictator ruler of San Monique - and happened to be addressing the United Nations at the time of the murders.

Whilst in captivity, Bond meets Solitaire (Jane Seymour) who has the ability to see into the future using tarot cards - as long as she remains a virgin.

Bond escapes and tracks down Kananga in San Monique - he rescues Solitaire in the process as he finds out she is being held against her will - and it's while they are on the run together that Solitaire loses her ability to see into the future...but Bond and Solitaire soon find out that Kananga is growing massive fields of poppies to feed the worlds heroin cartels and sets out to destroy the stock.

It's here that the film starts to get a little controversial as Kananga is found to be using voodoo to protect his precious crops - Bond and Solitaire escape once more - this time to New Orleans where they are captured by Mr Big...did I say he escapes again?

To be honest, the plot for this film is one of the weakest in the whole of the Bond series. There's plot hole after plot hole and the story strays from the line in the book that made it one of the most successful of the novels. The only thing that survives is the title really - along with the names of the lead characters - which is a real pity. It's true that scenes from the book have been added to other films. He disagreed with something that ate him is probably the most famous - where Felix Leiter is eaten by sharks. Taken from this book, the scene actually appears in the film Licence To Kill.

But the biggest question is obviously how did Roger Moore do as Bond? Well there's no denying that he made the role his own in his first film. More humour was put into the scripts to take advantage of Moore's perfect comedy timing - but it's well documented that they soon fell into the world of slapstick - which I found cringe worthy at times. And that all starts in this, his first outing.

For starters, the character Sheriff JW Pepper (played by Clifton James) was only put in the film as a comedy sidekick. And fans hated him - so much so that the makers brought him back in the next film! His role must have made an impact on somebody though because the role of the sheriff in TV's The Dukes Of Hazzard was so bluntly based on Pepper, it was him in all but name.

By sheer coincidence (or not maybe?), the guy that played Felix Leiter in the he disagreed scene in The Living Daylights first played Bonds CIA ally in this movie - David Hedison - and was until recently, the only actor to play the role twice. Probably the best of all the Leiters, again for some strange reason, the scriptwriters chose to give the CIA man a bit part only - when in the book, Leiter is one of the main characters. He and Bond spend most of the book together...

Casting Jane Seymour as Solitaire was one of the few good things that came out of this film. Making her big screen debut here, Seymour is as mysterious as she is gorgeous. Not given the free reign she deserved by the weak script, she seems to be more the Penelope Pitstop to Bonds Peter Perfect - you sit around waiting for her to scream “HEYLP!” with Roger Moore running behind her shouting “Don't worry Solitaire, I'll save you!” - which he seems to spend the majority of the film doing...

This particular Bond outing is probably best know for one thing - the boat chase through the New Orleans canals. Now it is a remarkable piece of stunt work - but did it really have to go on for so long? Often cited by many as padding for a poor script and a vehicle for the sheriffs comedy turn, after watching this again, I'm inclined to agree. There are plenty of other chases in this film - but very little else.

Roger Moore does his utmost to leave behind Templar and Sinclair and doesn't seem to bothered about not being compared to Connery. Hats off to the man for trying his best to re-boot the franchise in his own image - but it's just not Bond I'm afraid...Moore was to have more successful outings as 007 - notably The Spy Who Loved Me and For Your eyes Only (despite it's pre-credit sequence that I personally would rate as the worst ever). Fashion didn't help Moore in his quest to win over the Bond fanatics worldwide either - whilst Connery had Seville Row tailored suits in every scene, Roger Moore will always be remembered for his awful safari suits and see through shirts.

And so it come to pass that Roger Moore, over time, became this reviewers least favourite Bond. The philosophy behind it is this - if you don't look good in a dinner jacket and black tie, don't take the role...