DIY gaming with a novel touch 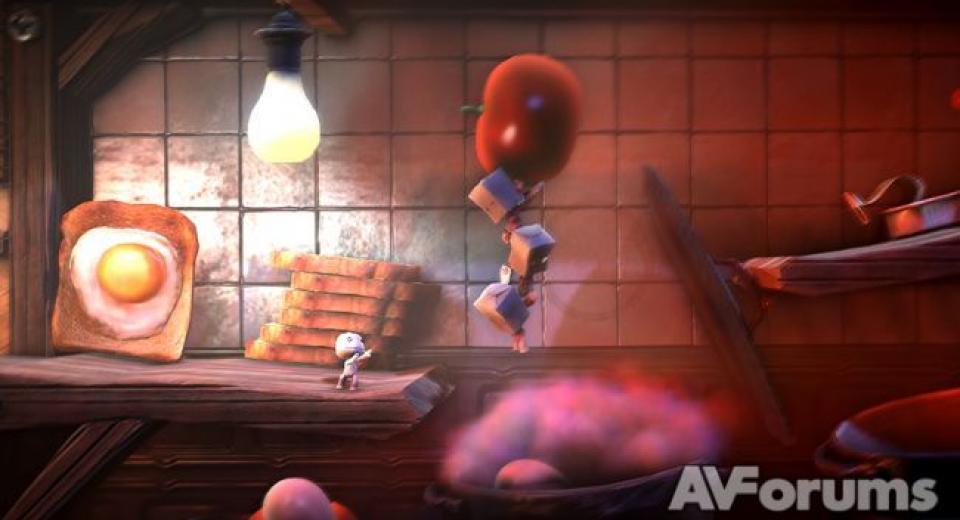 LittleBigPlanet has been a resounding success for Sony and the PlayStation 3.  There’s nothing that bridges the gap between the early console adopters and the more casual crowd like a charismatic platformer.  If that were the limits of the game’s reach then it would fit the hole for the console manufacturer left by a certain Mr Bandicoot’s absence, but the escapades of Sackboy hint at an altogether more resonating shift in the gaming landscape, as the console crowd slowly wake up to the concept of user-created content.  Unreal Tournament III took a few steps in the right direction, but it was Media Molecule’s title - helped in no small part by a huge marketing campaign (itself bolstered by the inimitable voice-over of Stephen Fry) - that made it seem a reality that could continue to generate a steady stream of gaming goodness.

With its mix of simple controls, freedom to create your own levels and an intuitive interface that made publishing your masterpiece for the world to look at a task anyone could get to grips with, it ploughed a furrow that Sony are still keen to exploit, especially when it comes to showing off the technology they have on sale, and in the lineage of spin-offs for the PSP and PlayStation Move, we now have the latest adventure for Sackboy on the Vita.

What at first may appear another all-too-predictable fun-sized helping of a console favourite could well hide a few surprises though.  With the features the Vita houses, such as touch-screen, a rear touch pad, a microphone, camera and most interestingly motion sensors, this has all the potential to be the definitive playground platformer, and let’s not forget the Vita’s wi-fi and 3G capabilities as well - things seem nicely set-up for you to build a level during your commute and upload as and when you see fit.

The formula’s still the same - dodge enemies, traverse obstacles and collect the bubbles that bring with them items for your own level creation - but development duties now fall to two teams, Double Eleven and Sweden’s Tarsier Studios.  LittleBigPlanet has always been a fairly fragmented experience, but here’s hoping too many cooks don’t spoil the broth. Storywise things revolve around a carnival and a nefarious puppeteer, though as with previous titles anything going on is less contrived from a decision to push characters and plotlines and more to allow the use of visual motifs to dazzle you.  And who could blame them?  The series delivers a unique charm, bright eye-catching colours and just the right amount of polish without losing their slightly minimalistic mainstream accessibility, and this Vita instalment is no different.  In the graphics stakes it’s a looker, there’s still the odd bit of clipping when you switch plane but under light scrutiny it could easily pass for a title running on its home console brethren - a few nice textures and shadow details but in reality its all about the type of imagery thrown at you as you playfully bounce between obstacles.

Even if you fail to warm to the slightly drunken spongy physics of LBP’s world it’s hard not to get swept up in the sheer inventiveness of the levels, and this Vita instalment not only ranks alongside the console releases but arguably betters them in many ways.  The early carnival stages are a bizarre world or steampunk madness, but with each new world the visual style changes and so does the atmosphere.  The electronica of the distinctly Portal-like stages being an obvious high point that helps vary the mood (thanks in no small part to the score), which is certainly essential for those who aren’t as eager to make their own levels and thus aren’t as driven by the bubble/item chase.

For once a Vita spin-off seems to use the nifty little handhelds technology not as a rudimentary obligation but to truly enhance the experience.  You’d be  forgiven for thinking this might be a half-baked portable cash-in, but the touch controls and motion sensor are both used to great effect.  Pushing blocks may at first seem a rudimentary step that changes little, but when the stages get tougher, and you’re forced to tackle obstacles at speed the jabbing of a finger becomes a skill that starts to feel genuinely cohesive with the rest of the game. The developers have clearly tried not to force the issue though, the handling of the Vita - with it’s cramped grip - is never entirely comfortable so the moments of sudden screen poking are kept as a nice surprise rather than a constant.  The rear touch pad is utilised to push blocks out from the back, but it sadly never feels intuitive largely down to the Vita’s grip again, not only are you blindly fumbling like you were re-attaching a loose TV lead but you’ve also got to contend with the fact that for shorter fingers the natural position of your hands will mean there’s a dead zone that can’t be hit without readjustment.

The range of equipment available to Sackboy is finally starting to turn him into a regular Inspector Gadget, capable of turning his hand to any situation with the right tools, and once again the Vita has some tech to add a nice twist.  I doubt anyone’s jumping for joy that you can nod your avatar’s head with the motion sensor, but when said control feature is used to tilt and navigate it goes past novelty value and helps add an extra layer - everything about LittleBigPlanet PS Vita screams variety, there are very few instances where levels repeat their tricks in succession or you find the stages dragging on.  There’s no one standout feature, the proverbial kitchen sink is thrown at the gamer.

The whole point of the story mode is to whet your appetite, dazzle you with the assorted obstacles and designs, and hope to have started the circle of ingenuity that you the gamer will complete, namely user-generated content.  Once your appetite is whetted you can delve into creating your own levels, if there’s an idea that you think you can improve upon the tools are there for you to do so, make a playground that you think is fun for others to jump into.  The touch screen is perfect for placement of objects and menu navigation, swipes, pinches and prods feel wholly intuitive in this post-iPhone world. It’s hard to find anything to criticise the game for, it feels less like a cynical tie-in - usually light on content yet still big on price tag - and more akin to the franchise’s spiritual home.  The touch screen and motion sensor open up new possibilities, important building blocks for the levels surely to be created by some ingenious souls and posted up for the community to marvel at.  The story, though throwaway, is more varied and fun than ever, with little treats like arcade games and mini-games helping to swell the content.  I don’t care how simple it is, anything that evokes memories of Thrust is OK in my book, and on an OLED screen it looks fantastic.

If you don’t care about exploring every nook and cranny for those elusive bubbles with regards the items they bestow upon you, then the score element should still give you added impetus to return, it’s hard to ignore that a few have escaped your grasp, and no one can sit on 97% with ease.  With the avenues that can only be opened up via 2 player co-operation (as well as the mini-games for up to four participants) the gentle nudges towards a social side, a game that should be shared, is ever present.  However, in contrast to previous instalments, the main game is more than just a showcase for creative possibilities - it no longer feels like the solo gamer is getting half the package, just that there’s so much more that can be explored if you so wish, and it’s well worth doing so.

LittleBigPlanet PS Vita is a zany, imaginative platforming toy-box of a game.  The Vita helps the franchise come of age, meaning the experience is no longer defined by the items collected - to be of use later in level creation - but instead the actual playing of the game can be considered sufficient ends as it hurls variety headlong at the player.  It manages not only to add another fine instalment in the series but also integrates the Vita’s technology in a manner that truly enhances the core gameplay.  Far from being the little brother on the portable console, LittleBigPlanet PS Vita could teach its forebears a thing or two, having found its spiritual home on a piece of kit as full of ingenuity as the game itself.