Sackboy gets the ride he fully deserves 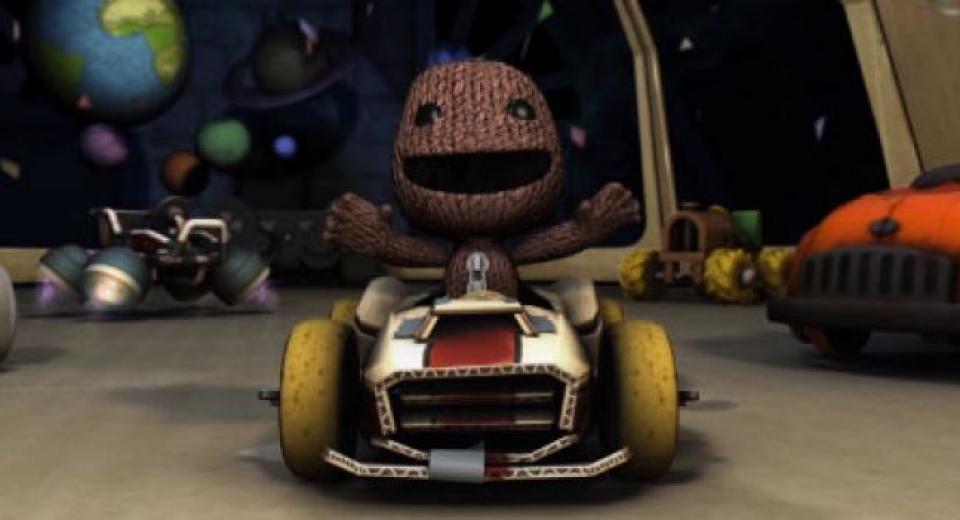 It’s nice when gamers are listened to by developers and/or publishers. Whether it’s simple question and answer sessions or getting feedback on ideas to include in their games, it’s a good feeling to know that we have some sort of influence on games we might see in the future.

What’s even better is that United Front (the people behind Sleeping Dogs) has gone the whole hog and created a LittleBigPlanet (LBP) game for which ideas have been bandied around for quite some time now. ‘What game is that?’ you might be asking and of course I am talking about LBP Karting. It seemed like it would be a crime for the series as well as gaming if the LBP universe didn’t explore this avenue and thankfully United Front have taken the bold step of trying genres new.

Since Media Molecule parted ways with the series they created, United Front have developed follow-up titles on the Vita and now they are supplying us with this latest outing. If you take a look back at games they have worked on in the past, ModNation Racers in particular, you would assume that transferring the LBP universe to the karting genre would be a much simpler task for them.

Well it’s with a massive sigh of relief that I can safely say that they have done an absolutely fantastic job of carrying everything across from old games into this new title. It’s not simply the LittleBigPlanet aesthetic carried over and slapped onto the ModNation framework either; it has been built from the ground up. It has been shown the amount of care and attention that if fully deserves and has been shown in the past. Anyone that is familiar with the Imagisphere (the LBP world) will feel like they are slipping back into a comfy pair of shoes as the menus, the appearance and the witty storyline is instantly relatable and enjoyable. There’s nothing wrong with this either as the LBP menu system works perfectly and any changes made to it may have alienated fans of the series.

As with the LBP series, there is a story which the game revolves around which is not wholly important but it is nice to have nonetheless. This time a renegade group called the Horde have decided that they want to have all the cool and fun stuff in the Imagisphere for themselves and intend to do a runner with it all. It is your job as super Sackboy to save the day and take them down and reclaim all of the stolen goodies.

On your travels you race through weird and wonderful worlds ranging from overrun chocolate laboratories, a 1950s inspired metropolis and a garden full of out of control plants. Each contains different missions and objectives you must complete to overcome the Horde and all of the nasties they have released within the world. Each curator is humorously scripted and given a ‘voice’ as well which has been a key factor in previous titles.

Those who are unsure about this title will probably be wondering how the concepts and mechanics behind LBP fit within the karting mould as it isn’t immediately clear how this could be done. Whilst you race, you still collect point and prize bubbles which are scattered throughout each level and add up to give you a final score as before and rank you globally and locally. With a track record in this genre United Front have done a great job with the controls of the kart and creating a selection of levels which test your abilities and allow for healthy competition between players and AI. There are no cases of under/over steer whilst the camera is never obtrusive and coupled together these factors make it a joy to play. A big part of these types of games, and with the LittleBigPlanet franchise, is how you can customise your character and the kart which you race in. To that end this have been perfectly carried over as well as previous costumes can be worn by your little sack friend from previous PS3 titles and new costumes are available as well.

The karts reflect the worlds you compete in and are made up of materials that are instantly recognisable from the world and little details can be tweaked to make your kart truly unique. Want to have a ships horn, a drag racer engine and a monster truck body? The world is your oyster so to speak and you can decorate it pretty much however you want with accessories and stickers.

The way in which you change your kart has no bearing on the speed or manoeuvrability of it as that falls down to your racing ability and your careful and calculated use of the weapons you pick up. Weapons range from the faithful paintball gun from LBP2 to a barrage of rockets or a giant boxing glove which gives you a boost and takes out any enemies in your way. Weapon bubbles also allow you to defend yourself should you be targeted by an opponent. Aiming backwards and pressing the fire button just at the right moment will see you deflect an incoming attack and leave your kart intact for a short while.

Unquestionably there are very close similarities between the weapons seen here and Nintendo’s Mario Kart (MK) series but you don’t think about that when you’re playing this unless you are a diehard MK fan. Gadgets seen in past titles also make an appearance here too such as the grappling hook which sees you safely across dangerous gaps after launching from a ramp or launch pad. This can even have an effect on the race as if you hold on to maintain a full swing you will get a bonus boost upon landing whilst an early landing may see you pick up a weapon or prize bubble. The whole package is excellently narrated by Stephen Fry once again and let’s be honest, he could be reading you your death sentence and he would make it enjoyable. There’s just something about this series and the way he brings so much passion and enthusiasm to the script which make the perfect combination.

Unfortunately there is a slight imperfection in this otherwise near perfect masterpiece; the splitscreen mode. Whilst the actual mode itself is an absolute hoot to play and makes the story mode even more exciting when playing with someone else, the visuals suffer somewhat when the screen splits in half. Edges become more jaggedy and blurry making the game much less easy on the eye.

Playing with or against human opponents is definitely much more fun that playing against the AI all the time and this can provide some classic moments where you’re pipped to the finishing post or you score a last, winning hit in battle mode. There’s nothing wrong with playing against the AI as such but they do have a tendency to get a sudden burst of speed right at the close of a race or launch an assault on you just as you have used your weapon.

Due to the nature of the LittleBigPlanet, in effect, there will be an infinite amount of tracks for you to race around whilst you can create your own levels like before. Sharing them, playing them and getting them rated is what many want-to-be curators will spend much of their time doing and this mode is only for the brave of heart as creation mode is notoriously complex. Despite having a simplistic appearance, the depth of customisation is overwhelming and may leave some neglecting this mode.

Put simply, this is not an unnecessary title used to fill the series out. It’s not just something that they could have added to one of the other titles; it’s fully deserving of the separate release it has been given. Fans of the series will instantly love its familiarity and charm whilst anyone who hasn’t played the series yet (seriously, where have you been?) will find it hard to resist picking up the older titles after dabbling in this one.

It's a small world after all

It may be kart racer season right now but LBP Karting does what its previous iterations have done and builds upon it making this a must own for anyone who considers themselves a fan of the series. The controls are tight and the worlds and levels are as engrossing as ever making the story levels enjoyable right till the end and then there's the user generated content to tackle afterwards. Given the number of creative bods buzzing around the LBP franchise it's safe to say that there will be a vast number of levels which test your abilities and ones that see you race through recreations of familiar series. Assuming United Front push through regular updates with new costumes, tracks and karts this one could see you through to this time next year.