Sweet dreams are made of this… 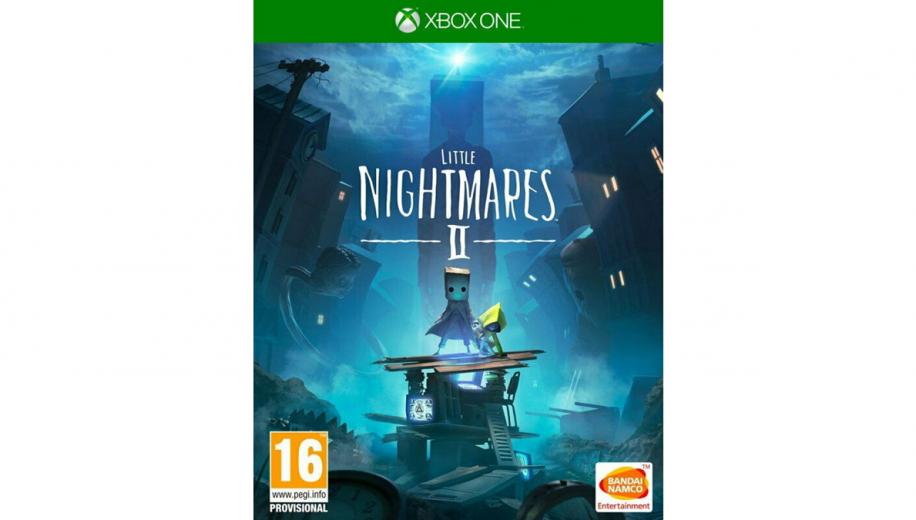 For all of the complexity and innovations within the modern gaming arena, the longevity and adaptability of the traditional 2D platformer remains a testament to the creativity of the developers. The side-scrolling run, jump and climb fundamentals haven’t changed much since the days of Jet Set Willy, but they have morphed into some highly stylised and often memorable gaming experiences – such as Limbo, Inside and Unravel.

On it’s original release back in 2017, Little Nightmares was one such success story (helped notably after being picked up by Bandai Namco), offering a dark and twisted backdrop with a young girl trapped in a freakish and oversized nightmare world that somehow managed to feel as charming as it was twisted. This second outing does what all good sequels should: It polishes all of the best stuff, irons out the not-so-good and adds a couple of new elements to the mix that are pretty much all for the better. Perhaps top of the ‘new’ list is the introduction of a new lead character, the paper bag-wearing Mono who finds himself trapped in a far larger nightmare – one fuelled by some strange TV signals and a twist on the Slender Man horror creation that takes you from the forest into the big bad city. The original protagonist, Six, returns as a non-playable AI companion, bringing some excellent (though scripted) co-op gameplay, a host of neat touches and a few welcome nods to the first game. And, yes, teamwork really does help to make the dream work, possibly making some genuine two-player co-op food for thought in future releases.

If you haven’t played the first game – which was free for Xbox and PC owners for a short period in January – you won’t miss much in terms of narrative (the series generally lets you draw your own conclusions about what it all means, digging into childhood fears and escapism without really saying very much), but you have missed out on a great game that would certainly help you to understand that much quicker how to navigate the world of Little Nightmares II. Plus, you won’t get the same warm and fuzzy feeling when Six gets reunited with her iconic raincoat as veterans will.

Much like its predecessor, Little Nightmares II combines exploration with some very hasty exits, and all within that fairly standard platform remit. Most of the time you’re looking for keys, batteries, switches and hidden platforms to open doors or access elevators to transport you to the next area. This typically involves the usual routine of finding things to climb, nooks and vents to crawl into, along with some other increasingly imaginative ways to transport you around this impressively tormented backdrop. The rather hastier navigation is required during each of the numerous chase sequences, where you’ll have to abandon your measured pursuit of collectibles and sprint for all you’re worth away from the latest monstrosity to catch your tail. There’s always a trial-and-error element to such moments – a couple of times you might not realise you’re being chased until it’s too late to outrun your foe, and sometimes jumps and climbs can be needlessly tricky to make, and failure can be very costly. This can also overlap into the wider world, where the addition of Home Alone-style DIY traps can wipe you out before you even see it coming (with a hat tip to the placement of one toy duck right where you need to hit the crouch button).

In short, the chances are you will die a lot, but the key is to learn quickly from your mistakes and figure out the solution – whether that’s improving your stealth game or just cutting the quickest path to the exit and bolting for the door. Thankfully, the post-death loading times are greatly improved and the checkpointing remains friendly, so you’ll rarely be forced to replay too much of the action or feel overly aggrieved by death’s embrace – although the ability to die quickly and repeatedly at some of the later encounters can still be rather jarring.

Another improvement sees less threats enforced by the 2D perspective that largely frames this richly immersive 3D world. As in the original, you’ll find moments where you can run towards and away from the screen, as well as just side to side, and while the camera will zoom in and out to help, you can still lose a little spatial awareness through the forced perspective. Although walking across raised pipes and narrow walkways feels a lot less hazardous than in the first game, there are still a few places where you might miss a jump or fail to avoid an enemy because you don’t quite have the right line of sight.

Speaking of enemies, there is an added element of combat this time around. It’s not a major aspect, and is only used sporadically, but it does feel good to fight back. The weapons are made intentionally cumbersome – bearing in mind you’re playing as a small child and so an axe or even a ladle becomes a heavy, two-handed weapon that you have to drag around – and due care and timing is required. But, again, this is all becomes part of the trial-and-error learning process. Much like the rest of the game, when the combat works it’s a nice addition to the gameplay, but when you die it’s very easy to blame your tools… Part of the game’s appeal is its excellent design and art style. With some nicely varied puzzles tied into using TVs as a teleportation device, our closing thoughts are drawn even further towards Little Nightmares II looking as if Tim Burton had made an animated version of The Ring. This is especially so when moving into the rain-lashed city, where the world has a derelict and dated feel to it, and the enemies you face are grotesque exaggerations of otherwise mundane people – each reflecting that given chapter’s location (a hunter, teacher, doctor etc).

Though not quite as dark as Limbo, the setting remains largely monotone, with gentle hues of blue and grey giving it just the right amount of colour to keep things seemingly authentic but without ever feeling real - and it's a great showcase for just how far those old consoles have come. Certainly it’s a game where you’ll appreciate some strong contrast on your TV if you’d rather not up the gamma or brightness to see into the darkest corners – although you might still want to keep the house lights low and your screen as free from reflections as you can. Enhanced Pro or X versions of the game offer upscaled 4K UHD but even the standard-gen visuals look great for the most part – and there are plans for a PS5 and XSX launch later in the year with even better visuals and loading times (though no specifics as yet). In contrast to the deliberately ragged and often disjointed appearance of the nightmare’s creations, Mono and Six are both simple, yet beautifully animated. You can make your own judgement on why Mono is wearing a paper bag on his head, or just change it out for any of the collectible novelty hats you can track down for a fun change of appearance. Regardless, with his long jacket flowing behind him (as with Six’s raincoat) he moves with a fluent elegance – except for the odd occasion where he’d get stuck for a split second against a piece of furniture (which can look intentional as he shudders like a distorted TV image at some points).

Six is also a mostly excellent companion (mostly!); never needing to be saved and often on hand to prompt the next co-op combination to open the next door – whether that’s a boost up to a higher platform, or ready to grab your hand as you leap across a crevasse that is otherwise just that step too far for you to make. There are some genuinely beautiful moments as well, with even just the simple act of being able to hold her hand as you run through this surreal setting adding an inner warmth and light to the cold darkness. And if you played the original and were a little perturbed by her ‘hangry’ moments, then there are some further wonderful touches here to echo the sense that Six isn’t exactly all sunshine and rainbows.

The soundtrack isn’t quite as prominent as you might find in other games with a horror theme, but there’s an excellent subtlety to the audio. Much like the visuals, it would appear that the developers (and in this case the composer and musical director) were clear on what worked in the original and have simply added layers and depth to that rather than ripping things up and trying something new. The audio style can vary a little through the five chapters, with each embracing a new prime location, and there are unique touches to each – such as the school having a piano-playing teacher, with short bursts of her music echoing around the halls, only to be contrasted by screeching strings, which is usually your cue to be even more on your guard as this usually means bad things are just around the corner. By combining moments of relative silence with these further layers of sound, the audio adds brilliantly to the level design to drag you deeper into the nightmare.

It’s also worth keeping the volume up for the tell-tale moans and groans of the larger boss enemies that will haunt each chapter as well (and one later drawn-out puzzle that uses audio cues), all of which probably makes Little Nightmares II an ideal candidate to play with some decent headphones.

Little Nightmares II is every bit as charming, beautiful and endearing as it is dark, brutal and horrifying. The gameplay is simple yet frequently creative, the puzzle-solving is always in the ‘easy when you know how’ category without being overly complicated, and it boasts a narrative that offers plenty of food for thought on the nature of childhood fears and escapism without saying very much at all. It’s not flawless and there are several minor issues that could detract from the overall immersion in this delightfully twisted landscape, but nothing that would stop us from heading back for more.

It’s single-player only, with a playthrough time that's limited to anywhere from 5 to 8 hours depending on your level of exploration or if you’re happier speeding through to the exit. However, tracking down the collectibles and looking for new hidden pathways adds plenty of replay value – and we don’t doubt this is one nightmare that we’ll be happy to relive over and over again, especially as it can you leave you with more questions than answers.

It might be that you want to wait for the new-gen versions to hit, a drop in price or perhaps even the inevitable discounted double-bundle with the original, but Little Nightmares II should be one for every platform-puzzler’s wish list, and ideally on the radar of many other gamers besides.