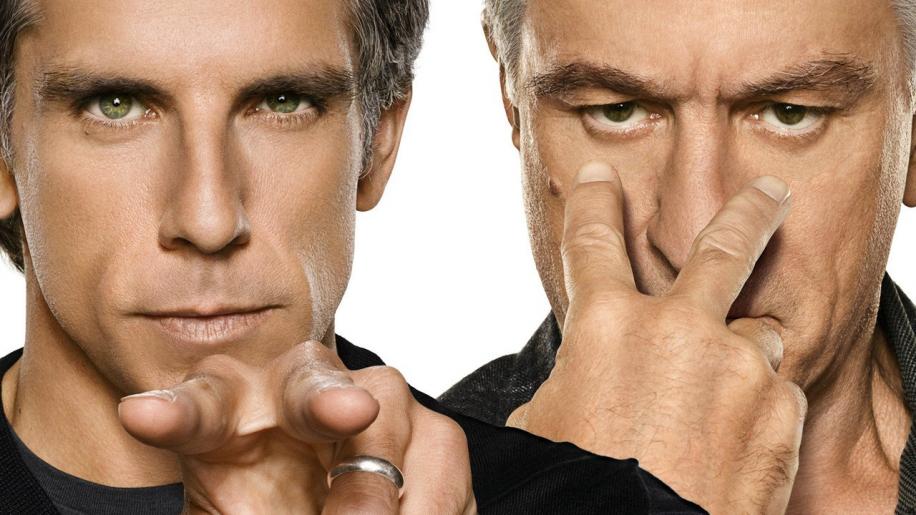 Well it’s chapter two in my 'De Niro month' saga, having reviewed his latest theatrical release, Limitless, a few days ago. The piece de resistance surely must be Taxi Driver, which I’m still working on, but in the meantime we get to look at Little Fockers, the latest in the Meet the Parents series, and De Niro’s first step into threequel territory. For all fans of the method acting master, you’ll be pleased to know that he’s recently signed up for another movie alongside 50 Cent. It’s ridiculous – you’d have thought he would have learned his lesson after the appalling Righteous Kill – and I really have no idea what’s currently going on with the man. A glimmer of hope comes in a form of a couple of upcoming cameos, most notably one in The Killer Elite, headlined by Clive Owen and Jason Statham, but that still doesn’t in any way make up for the lack of quality movies we’ve seen from him recently. And by recently I mean in over a decade.

Yes it’s been a long ten years for De Niro fans, who, if they are anything like me, have had to find solace in a very different side to the quintessential Godfather of New York – comedy. I’m not talking Rupert Pupkin in the dark King of Comedy, but outright modern comedy. It’s the best thing we’ve seen from the man over the last few years – and I’m talking primarily about Meet the Parents and its sequel. Robert De Niro is great as the straight-played Jack Byrnes, a mistrusting ex-CIA agent-turned father-in-law who puts his son-to-be, a hapless Ben Stiller, through the ringer to see if he’s worthy of his daughter’s hand in marriage. It’s a perfect role for a man who has been played smart, tough and intimidating characters for most of his career, and De Niro absolutely milks it for all its worth. But, whilst the sequel, Meet the Fockers, just about managed to carry over some of the magic from the first excellent entry, is a second sequel really necessary? Well I suppose that doesn’t matter when really it was inevitable – considering the series includes the highest-grossing movies from De Niro’s career, it should be no surprise that we get another Fockers film? But is that really such a bad thing?

I know it may not seem wholly important considering the fact that we are in outright comedy territory, but it’s definitely worth checking out the first two Fockers films before investigating this third entry. I’ve already touched upon the premise of the first one – it’s to do with Jack Byrnes testing the latest addition to his family, Greg Focker – and the second movie takes things one step further, investigating the other side to the Focker family, namely, Greg’s parents. If you thought Jack was crazy, you wait until you meet Mr & Mrs Focker, Sr. As you might expect, hilarity ensues, as the two sides fight for the prize for most wacky family.

Little Fockers, despite its misleading name, is not about the children in the family, but actually about the men in the family behaving like children. It’s about infidelity, successful marriage, and growing old. Greg is having something of a mid-life crisis – or so his father-in-law Jack believes. Jack has got problems of his own – a heart condition that he’s keeping secret from everybody but his son-in-law, whom he hopes will take over the mantle as the ‘Godfocker’ in the family. Of course, Greg feels the pressure, acts like an idiot (particularly around his hot young female work colleague) and gets into no end of trouble, cursed by living in a seemingly endless cycle of incessant misunderstandings. Will Jack catch his precious daughter’s husband having an affair (as his other daughter’s husband has done), and will that cause him to have another, potentially fatal heart-attack?

I really think they should have called this movie The Godfocker. I can’t think of any reason why they went with Little Fockers (or, Meet the Parent: Little Fockers, as it is known as in Europe) other than in a pitiful attempt to appeal to a younger generation. And The Godfocker is a much more apt title. Still, misleading title notwithstanding, Little Fockers is a decent second sequel in a film series that I actually wouldn’t mind seeing more of. With a promising start – “I defibrillated myself to avoid going into fatal cardiac arrest” – the story soon focuses on strong themes of death and getting old, of marriage and infidelity. How do you keep that spark going in your love lives? Do you look elsewhere? And how do you ensure that some kind of family legacy lives on after you die? None of it is in the least bit deep – but it’s all in (relatively) good taste, and designed to propel us along a journey that involves Jessica Alba getting trashed, doing some painfully 'rad' overacting, and pouncing on Ben Stiller; Dustin Hoffman learning how to dance the Flamenco; Owen Wilson acting like a massively irritating fake Buddhist; Laura Dern imitating the wierd woman from Glee (and Role Models – Jane Lynch) and Harvey Keitel getting the smallest, most meaningless cameo in the history of cameos. Of course there’s also room for Barbara Streisand – playing one of the characters you wish had ‘passed away’, preferably before she ever came into existence – but thankfully this doesn’t detract from what is, essentially, a Robert De Niro / Ben Stiller movie.

The core of the narrative revolves around these two characters, and with the actors both still on capable comedic form, this works well to hold things together. Sure, there are moments where things go off the rails a bit – projectile vomit, erectile issues and an unnecessary cavity search all tread a fine line between funny and uncomfortably funny – but it’s not like Meet the Parents didn’t have its fair share of painful moments (I seem to remember De Niro getting sprayed in the face with the sewage from a cess pit) and there’s nothing that goes too far. And, yes, some of the characters seem wasted, and others have sub-plots that just don’t work – the aforementioned irritatingly smug Streisand, and also, rather strangely, Owen Wilson’s ex-boyfriend, Kevin, who was always annoying, but here takes it to a new level, and, worse still, is not slapped back into normality – but Jack and Greg are always on hand to bring the humour back. In fact, I’d say that De Niro is almost as funny here as he was in the original (even if Stiller, whilst good, lacks some of the energy he had a decade ago), diving into the opportunity to play the role again and giving it all he’s got. Having recently seen him (wasted) in Limitless, it’s like watching a different actor in Little Fockers – he’s looks in better shape, considerably less aged, and has much more energy.

The film isn’t non-stop jokes, but there are some laugh-out-loud moments, and there’s far more on offer here than the critics would have you believe – I’ve heard this one got a real pasting on its theatrical release. Jessica Alba’s wooden presence doesn’t help – the actress really should go and take her place in Madame Tussauds – but it’s not like her part required any significant acting talent, and she certainly didn’t ruin the whole production. In fact, I don’t really know why so many people hated this movie. It may not be great comedy, and doesn’t quite match the quality of its predecessor (let alone attain the standard of the first entry), but it’s still a pretty good laugh; an entertaining hour and a half in the presence of Ben Stiller and Robert De Niro , both on good form. If you like the Meet the Parents universe, then I’m sure you’ll find something to enjoy in this second sequel. It’s not The Godfocker of the series, but Little Fockers is still quite a little bit of fun.