When your disaster is everyone's disaster, how do you grieve? 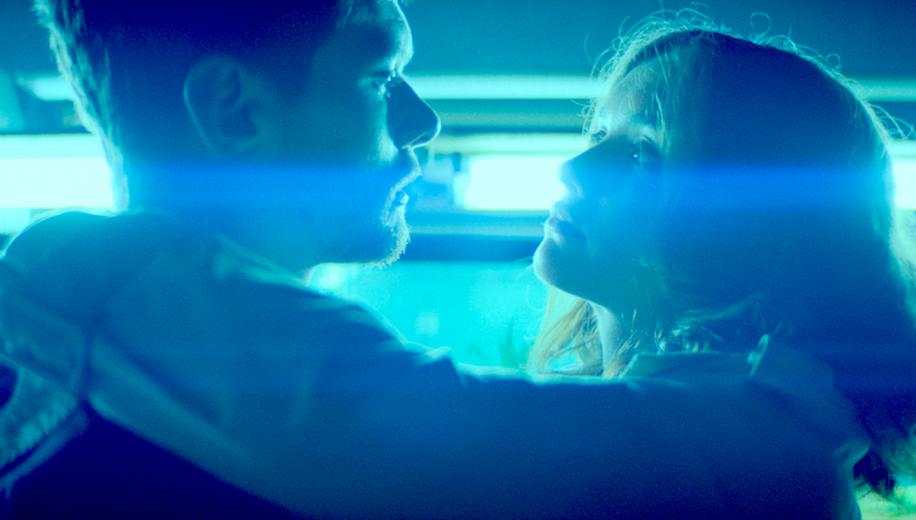 Desperately heartbreaking, this little gem is something of an unsung minor masterpiece, and possibly a perfect movie for these trying times.

Every now and then, you come across a movie that just clicks. Right time. Right place. And there's simply no better time or place for Little Fish, a kind-of two-piece character drama, wrapped up in a kind-of near-apocalyptic sci-fi backdrop, which enjoys a pair of absolutely superb career-high performances, and unravels a brutal but compelling narrative about the human race... unravelling.

As the world goes a little crazy around them, young couple Emma and Jude reflect on everything that brought them to this place, from meeting and falling in love, to getting married and then... the whole world changed and nothing was ever the same.

Little Fish ﻿comes to the UK as a digital rental/purchase available from all major content providers and whilst it is "only" in HD, it still looks really very impressive, right from the striking opening shots, through to the more vibrant pops of an aquarium, a nightclub, or even just an umbrella. It's quite a gritty piece, obviously intended as such, but there's some fine detail here, and it's a surprisingly stylish piece.

Moody and atmospheric, and absolutely brutal with its emotional potency

Moody and atmospheric, and absolutely brutal with its emotional potency, Little Fish throws a hell of a lot at you, stirring up feelings about the past, the immediate past - what we've all been through this last year - and the future, taking its alternate now sci-fi setting and running with it, injecting a wonderfully tangential observation on dementia into a near-apocalyptic pandemic scenario that is almost too on-the-nose, but also arguably perfectly so, and giving but the subtlest of glimmers of hope in its focus on a shared connection that almost transcends time, space and... well, memory.

Of course a huge part of the impact of Little Fish is relating to the impossible sense of loss over people you simply can't reach, as well as the desperate impotence of being unable to help those you can reach - a shared event that the whole world arguably would not have had experience enough of to empathise with even a year ago. Perhaps digging deep into the importance - and fragility - of memories, and redefining what precisely binds us all together, as pairs, as families, as a human race, and laser-focussing this all on one couple trapped in a fictional dystopian pandemic, is just the catharsis that we need right now. Little Fish meticulously breaks this whole world down, piece by piece, leaving you with but one seemingly throwaway line of repeated dialogue which is anything but throwaway and which will - hopefully - resonate long after the credits roll.

There are hints of both Memento and Never Let Me Go here, and arguably people who want to double-bill this with The Father are going to be in for some really unforgettable suffering, but don't let Little Fish be the one that gets away. Olivia Cooke is better than she has ever been before - yes that includes the strangely similarly themed Sound of Metal - and rocks her native Brit/Oldham accent (damn, why has she kept this hidden all these years?), with Jack O'Connell turning in another impressive turn (recently also good in Jungleland), and the two share utterly convincing chemistry which wholly defines the romantic bond at the heart of this drama.

If you're scratching for issues, it feels just a few minutes over the line in its latter half, and struggles with the delivery of perhaps one pivotal latter scene - a scene arguably impossible to nail given the abstract theoretics that go into it - but it almost instantly makes up for it with a resonant flourish that echoes across the entire disjointed, non-linear narrative. It is both heartbreaking and heartfelt, impressively played, and perfectly unravelled. Highly recommended, this is likely one of the best films of 2021 that you might have never heard of.

Little Fish is distributed by Sony Pictures Home Entertainment and is available to buy or rent from all major content providers from 10th May 2021.
﻿