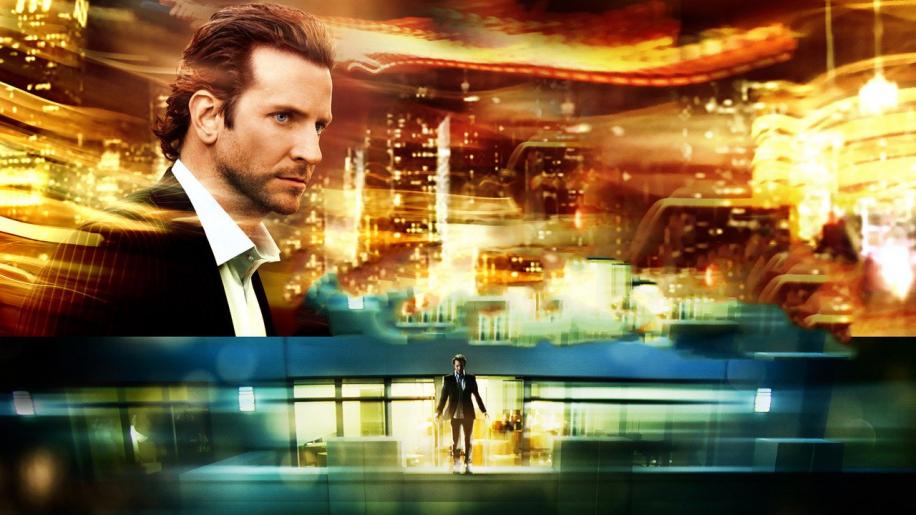 The main body of this review remains the same as that on my UK Limitless review, save for an addendum which focuses explicitly on the unrated extended cut available exclusively on this US release.

So earlier this year I had a whole string of Robert DeNiro titles to cover. They included the two of the method master’s greatest films – Raging Bull and Taxi Driver – as well as two new productions to add to the legend’s film history: Little Fockers and Limitless. It was interesting to see what had become of the man as his films had been a little lacking in quality in recent times – and, surprisingly, it was Little Fockers that stood out as having the stronger contribution from him. I found that, unfortunately, despite the fact that he had quite a lot of screen-time in the trailer for Limitless, his role in the film was actually pretty inconsequential. It was clear that it wasn’t his movie, and that he was just along for the ride. But, perhaps more importantly, was the ride actually any good?

Limitless is based on the 2001 sci-fi novel, The Dark Fields, by Alan Glynn. The production originally went by the novel’s title – a reference to any areas of the brain which are sporadically inactive, no doubt – but was changed for release; and, as far as I can tell, it follows the plot quite closely. It’s a great premise, so I can totally see why Film Studios grabbed at the chance to develop the material for the Big Screen. Really, who wouldn’t want to pop a pill and have 100% clarity, 100% memory recall? In fact, it feels like two thirds of the movie is dedicated just to exploring these ideas – i.e. what would you do? The possibilities are, indeed, limitless. Director Neil Burger (who gave us the underrated Houdini-esque gem, The Illusionist) goes into Tony Scott overdrive here when it comes to the stylisation – and it works. He shows us the effect of the drug through fish-eye perspectives, zooming out (and in) and varying the speed of the film, all the while playing with colour and saturation and leaving viewers themselves illuminated by the effects.

And whilst the journey that we are taken on follows all of the requisite genre tropes – flash new kid on the block rides high on drugs and then massively crashes and burns, with corrupt businessmen and deadly loan sharks on his tail – it is still a stylish, fun ride, where every step may be well-trodden, but still looks and feels different. A big part of this is as a result of lead actor Bradley Cooper’s central performance, driving the movie with a witty narration, and coming across as fully convincing, both as the down-on-his-luck pre-drugs Eddie, and the suave, intelligent and impeccable new Eddie. Sure, I thought A-Team wasn’t great, but Cooper’s retained interest ever since his standout effort in the hilarious Vegas stag-night road-trip, The Hangover (though he still couldn’t save the sequel), and certainly seems more than capable of holding his own in what is, essentially, a one-man production.

Abbie Cornish (somewhat wasted in Sucker Punch) flits somewhere between Charlize Theron and Nicole Kidman (at least looks-wise) as the beleaguered (ex-)girlfriend who is concerned about just what Eddie is doing to make himself so much ‘better’; and Robert DeNiro? Well, he doesn’t actually get all that much screentime – and even less character-development. We get a couple of brief DeNiro-style lines delivered, but they really don’t go anywhere with the character, and the end confrontation seems like an anticlimactic afterthought, rather than a punchy conclusion.

In fact despite its promising premise, there’s no denying that Limitless falters almost fatally when it hits its end run. There’s a point at which I was personally totally taken out of the movie – for those who’ve seen it, it involves blood – and after this scene the narrative never appears to recover. Things swiftly go downhill and it feels like the writers had no idea how to finish the movie, and instead chose to just rush things through to an ending, any ending. A little more thought could have further hammered home the parallels between the book Eddie was writing (subtly called Illuminating the Dark Fields – a nod towards the source novel) and what was happening to him in real life; or better promoted the allegory between Eddie’s supposedly beneficial drug addiction and modern culture itself, which frequently relies on regular pharmaceuticals to ‘enhance’ daily lives. Even if they didn’t want to make this much of a thinking-man’s movie, they could have further developed the chess-game shenanigans between Eddie and DeNiro’s world-wise business mogul, instead merely touching on what could have been the most interesting third act plot developments on offer – they could have very easily capitalised on the Faustian parallels and have DeNiro’s character take on a more Angel Heart-esque role where he is there to finally teach Eddie the error of his ways. And, even in terms of continuity, they don’t even fully address the issues raised by Eddie’s girlfriend – he’s just not himself anymore – instead often giving us what feels like an insight into a charming, smart guy who is also a bit of an asshole because he’s addicted to cocaine (obviously not the drug they use in the movie). Are we really supposed to want to be like this?

All in all Limitless is a fun watch, a great concept which is stylishly brought to the screen to engage you visually and aurally, and which moves at such a pace that you seldom have the chance to take a breath. Ably driven by a charismatic lead and some nice supporting cameos, it will likely entertain throughout, and is only let down by a poorly-conceived third act, where it just doesn’t look like anybody had a clue how to satisfactorily round things off. Apart from the inherent meh-factor caused by such a vapid conclusion, it’s a pretty good watch.

Rather disappointingly, in the UK, the only available version on Blu-ray is the Theatrical Cut – they did not even bother trying to include the Unrated Extended Cut which is available as an option on the US disc. Obviously there will be some minor spoilers ahead, so please only continue reading if you have already seen the film. The Unrated Extended Cut is less than a minute longer, and the tweak changes are barely noticeable unless you, literally, do a screen to screen comparison. There you will find the most minute additions – normally to the sex scenes, but also to the language – strewn across the runtime. When he first uses NZT to seduce his landlady, we can now, albeit briefly – and in the distance – see the two of them in a state of semi-undress, having sex on the bed; where previously, you could only just about make out their legs sticking out from behind a cleverly-placed computer screen. Later, just under half an hour in, we get the same sort of thing when Eddie seduces the girl at the bar with his knowledge of foreign languages, and then has sex with her in the bathroom. Again, previously, we just saw their feet; now we see them – still mostly clothed – actually moving up and down on the wall. Just a few minutes later, when Eddie gets back together with his girlfriend, we get a montage of them kissing and petting whilst shifting around the apartment and, in the original theatrical cut, all we saw was this – but in the extended cut there’s one further brief shot of them, again semi-naked, having sex. Forty-five minutes in, can you guess what’s next? Yes, more sex. Eddie’s fragmented memories of having sex with the blonde in the hotel room are now slightly more explicit, as you can see her, bouncing topless on top of him. This is almost immediately followed by the film’s first fight sequence, where Eddie uses moves he remembers from TV and film to defend himself against some subway attackers – here, although I really didn’t go back and freeze-frame the shots, there are clearly a couple of extra, more brutal blows. It basically feels like a more satisfactory fight. Just over an hour into the movie, when the guy who has been following Eddie is now pursuing Eddie’s girlfriend across the park, we get a couple of extra stabs from his knife. And, at the end of this chase, when the pursuer gets slashed across his face – we now see the bloody gash in his face twice, rather than just the once. Pretty significant changes, eh? Well no, not really, but they all add up to a harder, more gritty film overall – with plenty more f-bombs which I can’t bring myself to note down here – probably the preferred option, unless you’re watching the movie with your parents/children. The final changes are during the climax, where Eddie faces the Russians, and it may be the sequence that people most notice differences in because it’s patently more brutal than the Theatrical Cut – the stabbing blow itself, complete with blood gurgling out of the assailant’s mouth – is enough to probably push the boundary of a PG-13; and we also get a couple more body blows, and bullet impacts strewn throughout this bit. Overall, there’s nothing in this Unrated Extended Cut which will convert you into absolutely loving this movie, if you didn’t already feel that way about it; but I think it’s the harder, better version, which seems less TV-censored than the PG-13 cut.