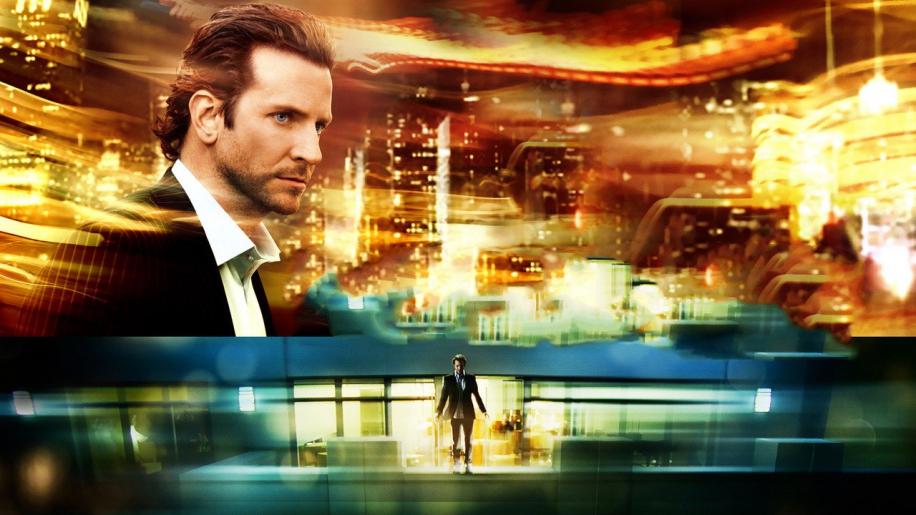 It looks like it’s Robert DeNiro month for me this April. It hasn’t been that long since I had the opportunity to revisit one of the method master’s greatest films – Raging Bull – and this month we get three very different releases from the legend’s film history: two new productions, and another absolute classic, Taxi Driver. It is interesting to see what has become of the man as his films have certainly been a little lacking in quality of late. Will that change with his contributions to a third Meet the Parents entry? Doubtful. And, similarly, he had quite a lot of screen-time in the trailer for Limitless, his latest cinema release. But it is clear that this isn’t his movie, he’s just along for the ride. So, is the ride actually any good?

"You know how they say we can only access 20% of our brain? This lets you access it all."

Limitless is based on the 2001 sci-fi novel, The Dark Fields, by Alan Glynn. The production originally went by the novel’s title – a reference to any areas of the brain which are sporadically inactive, no doubt – but was changed for release; and, as far as I can tell, it follows the plot quite closely. It’s a great premise, so I can totally see why Film Studios grabbed at the chance to develop the material for the Big Screen. Really, who wouldn’t want to pop a pill and have 100% clarity, 100% memory recall? In fact, it feels like two thirds of the movie is dedicated just to exploring these ideas – what would you do? The possibilities are, indeed, limitless. Director Neil Burger (who gave us the underrated Houdini-esque gem, The Illusionist) goes into Tony Scott overdrive here when it comes to the stylisation – and it works. He shows us the effect of the drug through fish-eye perspectives, zooming out (and in) and varying the speed of the film, all the while playing with colour and saturation and leaving viewers themselves illuminated by the effects.

And whilst the journey that we are taken on follows all of the requisite genre tropes – flash new kid on the block rides high on drugs and then massively crashes and burns, with corrupt businessmen and deadly loan sharks on his tail – it is still a stylish, fun ride, where every step may be well-trodden, but still looks and feels different. A big part of this is as a result of lead actor Bradley Cooper’s central performance, driving the movie with a witty narration, and coming across as fully convincing, both as the down-on-his-luck pre-drugs Eddie, and the suave, intelligent and impeccable new Eddie. Sure, I thought A-Team wasn’t great, but Cooper’s retained interest ever since his standout effort in the hilarious Vegas stag-night road-trip, The Hangover, and certainly seems more than capable of holding his own in what is, essentially, a one-man production.

Abbie Cornish flits somewhere between Charlize Theron and Nicole Kidman (at least looks-wise) as the beleaguered (ex-)girlfriend who is concerned about just what Eddie is doing to make himself so much ‘better’; and Robert DeNiro? Well, he doesn’t actually get all that much screentime, and he gets even less character-development – it's more like a glorified cameo than a supporting part which justifies him being on the movie poster. We get a couple of brief DeNiro-style lines delivered, but they really don’t go anywhere with the character, and the end confrontation seems like an anticlimactic afterthought, rather than a punchy conclusion.

"There's no scenario in which you'd lead this life, where you don't work for me."
"No scenario? I see every scenario, I see 50 scenarios, that's what it does - it puts me 50 moves ahead of you."

In fact despite its promising premise, there’s no denying that Limitless falters almost fatally when it hits its end run. There’s a point at which I was personally totally taken out of the movie – for those who’ve seen it, it involves blood – and after this scene the narrative never appears to recover. Things swiftly go downhill and it feels like the writers had no idea how to finish the movie, and instead chose to just rush things through to an ending, any ending. A little more thought could have further hammered home the parallels between the book Eddie was writing (subtly called Illuminating the Dark Fields) and what was happening to him in real life; or better promoted the allegory between Eddie’s supposedly beneficial drug addiction and modern culture itself, which frequently relies on regular pharmaceuticals to ‘enhance’ daily lives. Even if they didn’t want to make this much of a thinking-man’s movie, they could have further developed the chess-game shenanigans between Eddie and DeNiro’s world-wise business mogul, instead merely touching on what could have been the most interesting third act plot developments on offer. Hell, they don’t even fully address the issues raised by Eddie’s girlfriend – he’s just not himself anymore – instead often giving us what feels like an insight into a charming, smart guy who is also a bit of an asshole because he’s addicted to cocaine (obviously not the drug they use in this story). Are we really supposed to want to be like this?

All in all Limitless is a fun watch, a great concept which is stylishly brought to the screen to engage you visually and aurally, and which moves at such a pace that you seldom have the chance to take a breath. Ably driven by a charismatic lead and some nice supporting cameos, it will likely entertain throughout, and it only let down by a poorly-conceived third act, where it just doesn’t look like anybody had a clue how to satisfactorily round things off. Apart from the inherent meh-factor caused by such a vapid conclusion, it’s a pretty good watch.

Limitless actually does have its limitations. It’s a great premise, made the most of for the first two thirds of its remarkably short runtime, but things go off the rails towards the end, as if the writers simply didn’t know how to capitalise on the elaborate concept and round things off satisfactorily. Still, it’s a fun, flash ride, held together by a decent performance from Bradley Cooper and some nice extended cameos from the likes of Robert DeNiro and Abbie Cornish. Oddly, for a movie about the enlightening effects of an addictive and potentially dangerous drug, the narrative isn’t all that well thought-out – perhaps the filmmakers ran out of NZT halfway through production. Still, it’s an entertaining enough flick, and certainly stylish enough to justify a trip to the movies.