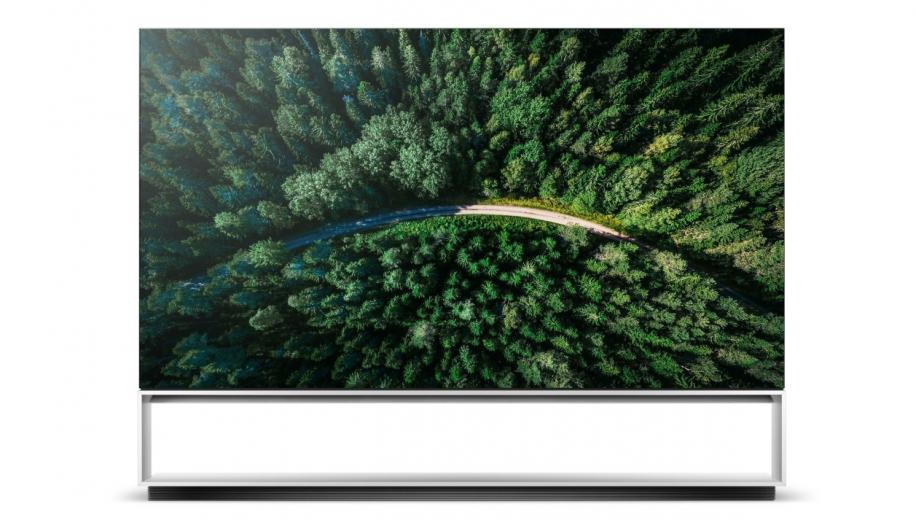 Crucially the Z9 includes HDMI 2.1 connections, allowing the TV to support both 8K and High Frame Rates (HFR) such as 4K at 120fps over HDMI.

LG has also added support for Variable Refresh Rate (VRR) and Automatic Low Latency Mode (ALLM), which is sure to please gamers. In fact, the only feature that the Z9 doesn't currently support is HDR10+.

The Alpha 9 Gen 2 processor is not only optimised for 8K, but also applies machine learning to improve the upscaling. There's also OLED Motion Pro, an upgraded black frame insertion system that uses 100/120Hz for a shorter black frame cycle, thus reducing flicker and maintaining brightness. This year LG has also added a separate decontouring control in the menu system.

The ThinQ AI features add AI processing to many features, including the TV's audio. ‘AI Sound’ monitors what is being shown on screen and adjusts and enhances the audio based on this. It will also be able to upconvert stereo to 5.1, as well as support Dolby Atmos.

A new version (4.5) of webOS will also be introduced, which now includes voice assistance from Amazon Alexa and Google Assistant5, along with support for Apple's AirPlay 2 and HomeKit features.

LG hasn't announced a price yet, but the 88Z9 will be available in the spring.