All this and Dolby Vision too 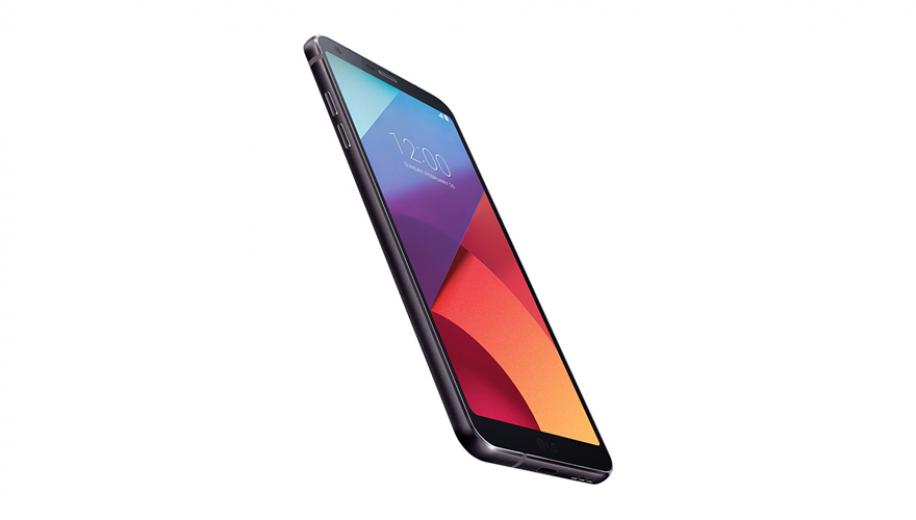 Although it’s often seen to be in Samsung’s shadow, LG, the other South Korean conglomerate, has a striking history of strong innovation in its phone-making, from the Chocolate Phone which made slim, well-made phones a reality to last year’s G5 with its modular design where you could replace the bottom section to change battery, camera grip or audio capabilities. It was a clever idea and well-realised but somehow didn’t sit with what’s required from a premium handset. The G6 is the company's latest flagship smartphone is more traditional in some ways but still new and innovative in others, with elements like a different display proportion that arrived before a similar effect was shown on Samsung’s new Galaxy S8. So let's take a closer look at the new G6 and see how it compares to the latest model from its Korean competitor. The LG G6 is slim and tall thanks to its 18:9 screen ratio instead of the more common 16:9 aspect ratio. This means it doesn’t stretch the hand while still managing to squeeze in a big display – 5.7 inches to be precise. The display on the rival S8 does have an 18.5:9 ratio screen that measures 5.8 inches but let’s remember that the S8 has curved edges so some of that visible screen slopes off to the side. Those curved edges do make the S8 especially comfy in the hand but the G6 fits well too.

It’s worth noting that the G6 is smaller in every direction than last year’s G5 but the new phone squeezes in a 5.7in display against the previous 5.3in screen – that’s thanks to the new screen aspect ratio. The phone features Gorilla Glass on the front and back to help protect it from damage. And the corners of the display itself have been gently rounded, too, which apparently is to protect the screen from damage if you drop it. Whatever, those curved corners do look pretty cool. The G6 comes in a choice of Ice Platinum, Astro Black and Mystic White or silver, black and white if you're slightly less pretentious.

By the way, the glass rear means that wireless charging is a possibility. It’s actually included in the phone but only in some regions, specifically the US. If you’re eager to try the convenience of just plonking your phone onto a pad for it to charge, you’re out of luck if you live in the UK. Mind you, wireless charging is much slower than the fast charging available through a connected cable. The rear of the phone has twin cameras and a flash between them, with the power button nestled below. This arrangement works well, and not just because the cameras and power button look like a surprised face – or is that just me? Anyway, more importantly, it’s a better arrangement than on the Samsung Galaxy S8 where the fingerprint sensor is placed right next to the camera lens, off centre. It’s a lens smudge accident zone, as I found in my tests of the S8. LG, by contrast, has placed the fingerprint sensor centrally, and a little south of the twin cameras so it’s much harder to hit the wrong part of the phone.

Personally, I prefer the button to wake the screen being on the front of the phone but there are two saving graces with the G6.
First, like Samsung’s phone, the LG has an always-on screen displaying the time, battery level and more, which may save a number of screen wakes to start with. You can add extra elements to the always-on screen including your name in a curly script – only of use if several people in the same household have the same phone, I’d say – and other apps of your choice.

Second, a double-tap on the display wakes up the phone to the lock screen. On the G6 this shows the time and a neat extra, the weather presented in graphic form. If it’s raining outside, drops trickle down the lock screen. It’s pretty cool. Talking of rain, this handset is waterproof so you can use it in a downpour without worry. Other brands have been including water and dust resistance for some time, but these are new features for LG. Overall, the design of this phone is among the very best LG has come up with: simple and understated but slick and smart.

Despite being smaller than the previous G5, the G6 manages to squeeze in a larger screen The display is vivid and colourful, with a pleasingly high resolution. It’s slightly less than Samsung’s new phone at 564ppi, that’s 1440 x 2880 pixels in total, but the screen looks detailed and rich. The G6 includes LG’s first HDR-capable screen and the handset supports both versions of High Dynamic Range – HDR10 and Dolby Vision. In fact the G6 was the world's first phone to include Dolby's proprietary version of HDR and is the latest example of the close partnership between the two companies. Of course the effect of HDR is somewhat limited on a screen this size, especially when compared to a full-sized TV, and it's debatable just how useful it will be in the long run but it certainly looks good based on our limited experience to date.

The display ratio, by the way, does take a little getting used to. Sure, it makes the handset more manageable to hold but it’s a narrower image than we’ve become used to. Documents, for instance, don’t look better because you often need to zoom in further to get the document’s width which may make it too small to easily read. Still, LG has clever software to reformat apps for the longer screen. As a result it looks pretty good and some apps can be seen onscreen side-by -side (or above-and-below) another one, each taking up a square that measures half the screen. The screen is just big enough to make multi-apps useful but I suspect it’s not going to be a majority pursuit. The first thing to note is that the camera on this phone is flush instead of last year’s lens bulge, which is a good thing, obviously. You can launch the camera with a double-press of the volume button and it’s fast. Samsung’s Galaxy S8 has a similar feature and in side-by-side tests the Samsung was faster but only fractionally and not every time.

There’s only one camera on the back of Samsung’s phone but on LG’s handset there are two, one regular, one wide-angle. Both cameras are 13MP resolution and the movement from one to the other as you zoom in is much, much smoother this time around than on the G5. The aperture on the regular camera is pretty wide (f/1.8) but the wide-angle lens has an f/2.4 aperture so it’s not quite the performer in low light that it might have been. Still, it works extremely well.

The real benefit of the LG twin camera system is that it means you effectively have an optical zoom on the camera (much like Apple's iPhone 7 Plus), where many rivals, including Samsung, only offer digital zoom. As you know, digital zoom is nothing more than cropping, thus reducing resolution in the final image. With two cameras you can switch from wide-angle to regular and have full 13MP resolution in each view. And it does mean you can achieve noticeably different effects as you move from the standard camera with its 71-degree field of view to the 125-degree wide-angle.

One surprise when the G6 was revealed was the chipset in the phone. The Qualcomm Snapdragon 821 isn’t the very latest silicon available and the built-in RAM was 4GB where some rivals boast as much as 6GB RAM. In use, though, there’s nothing slow or stuttering about the G6. It does everything it wants to, and well. If you’re deciding between Samsung’s and LG’s flagships, then based on pure specs you might go for the former but in practice you may not notice much difference between the two in terms of actual performance.
Despite not including the latest chipset, the G6 was just as fast as the Galaxy S8 in practice

The LG G6 battery is a decent 3,300mAh unit. This is enough to get you through a full day without issue. LG has made something of the fact that it tests its batteries at 15 per cent higher temperatures than standard international battery heat-exposure tests. Perhaps the subtext is that if you want a safe battery, look no further than the LG one. Given the Galaxy Note7 fiasco suffered by Samsung last year, you can see why LG is making a deal of this. LG has also built a heat pipe into the phone specifically to keep the processor and battery cool. The LG version of Android 7.0 (Nougat) is slick enough but it lacks an app drawer. Mind you, so does Apple’s iOS and it hasn’t done that any harm. If you prefer to keep your apps in one out of the way place, you can do so but you need to download it from LG. It’s easy to do, and while you’re there, check out the 360-degree wallpaper. It’s a busy landscape photograph that moves as you turn the phone. It can even be set to move all the time but I tried this for two minutes flat and felt sick. LG’s icons are not quite as pleasing to look at as the new Samsung phone, but they’re perfectly acceptable.
The G6 is a welcome return to a more conventional design with pleasing performance and features

The return to a more conventional design than LG evidenced in last year’s G5 is welcome. And the design itself is a real winner: chic, smart and eye-catching with slim bezels around a long screen that’s a good fit in the hand.

Though some have scoffed at the fact that rival phones have faster processors, this handset works well and at speed. The new, longer screen means split-screen apps are usable, though for most the appeal will be that you can fill the screen with video and that the HDR capabilities, including Dolby Vision, will help make that video look good.

The twin 13MP cameras work extremely well and offer more versatility than many smartphones. So does the fingerprint sensor, placed to avoid accidental smudging of the camera lenses when you reach for it. Its camera smarts don’t quite match the Huawei P10 but it's still an impressive performer.

Its overall style and usability are slightly pipped by Samsung’s Galaxy S8 – but only slightly. Still, this is a highly pleasing smartphone and at £649 it's one that’s a little cheaper than the Samsung, too.