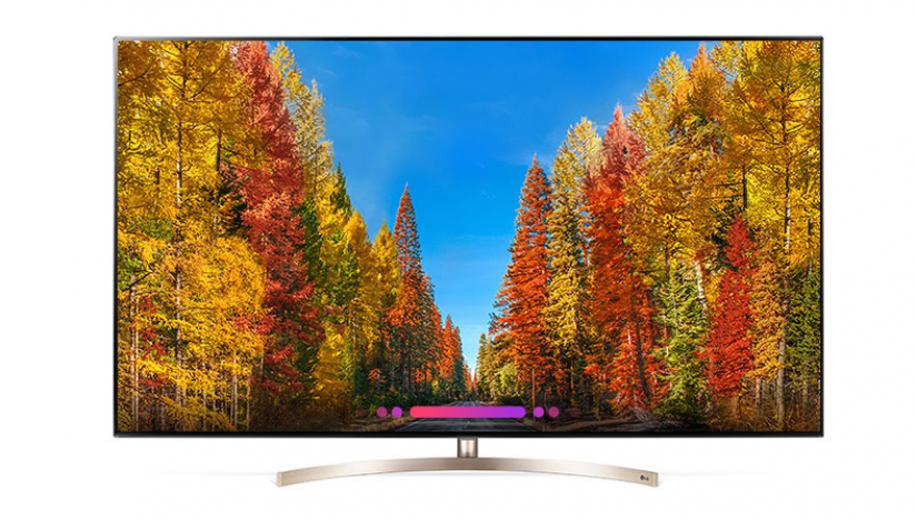 It's easy to forget that LG make LCD TVs as well as OLEDs and the flagship SK9500 Super UHD TV is strong looking model. It comes in two screen sizes, the 55-inch 55SK9500 and the 65-inch 65SK9500, uses a direct LED backlight with local dimming and a NanoCell IPS panel for better colours and a wider viewing angle.

The SK9500 also uses the A7 processor found on the B7 OLED TV and the rest of LG's LCD range. This is based on the processor from last year (although it wasn't named as such at that point) but gains the Technicolor HDR standard which is added to the existing support for Dolby Vision, HLG and HDR10.

Also new for 2018 is the AutoCal CalMAN calibration software by SpectraCal which should greatly aid the speed and accuracy of the setup possible with the set in the home. This has been combined with the ThinQ AI system which enables voice control integration with Google, Siri and Alexa allowing the 55SK9500 to become part of a network of voice controlled, interconnected items.

In physical terms, the SK9500 also looks very similar to both the mid-range SK9000 and the B7 OLED, with a curved stand, silver finish and an elegant design. Despite the use of a direct LED backlight, the SK9500 is still very thin but manages to deliver in audio terms with on-board support for Dolby Atmos.