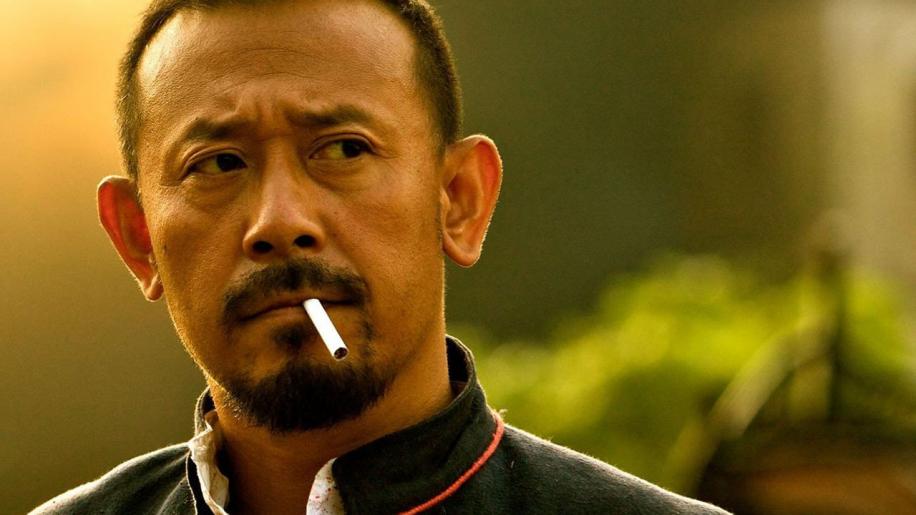 Breaking Box Office records in Mainland China, and briefly hitting the top spot as the highest grossing film in Chinese history, writer/actor/director Jiang Wen’s Let the Bullets Fly has since found international success and has even being greenlit for an imminent Hollywood remake. It’s no wonder really, the film not only stars Jiang Wen himself, but also globally-renowned action superstar Chow Yun-Fat (Hard Boiled, The Replacement Killers) and Infernal Affairs II’s Carina Lau. It marries a 1919 South China period setting with a plot that rides a fine line between Once Upon a Time in the West and Trading Places; driving the characters with a script that appears to aim for the tone of Butch Cassidy and the Sundance Kid, even if it more often hits the notes you would expect more from ones of the lesser Apatow-derived comedies like Pineapple Express.

Although the filmmakers would love you to believe that this feature follows suit from the likes of Kung Fu Hustle, Shaolin Soccer, or even The Good, The Bad and The Weird, Let the Bullets Fly straggles far too many incept points over its overtly overlong 132 minute runtime, the tonal Venn diagram created no doubt directly resulting from the fact that the script went through some 30 drafts before being finalised for filming. There’s no question that there is some entertainment value to much of the end product, and that the humour appears to have gone down particularly well with native Chinese audiences, but Let the Bullets Fly is often frustrating in the extreme, shifting between gratuitously unpleasant violence, semi-stylish shootouts, outright farce, fairly-cheap but nevertheless over-the-top CG stunts, and Mission: Impossible-edged subterfuge in a heartbeat, often trampling all over the emotional and dramatic significance of any of the surprise events and key deaths that perforate the whimsical neo-Western landscape.

The story follows a notorious group of bandits let by Pocky Zhang, who mastermind a daring raid on a horse-drawn train, killing one of its passengers in the ensuing crash. The survivors include Governor Ma Teng and his wife, but, with his aide dead, in a desperate bid to stay alive, the Governor pretends to be the aide himself, and tells the bandit that the Governor is dead, and that his wife is now a widow. Never one to miss up a good opportunity, Pocky assumes the role of the Governor, knowing that nobody in the dead-end town that they are heading to actually knows what the real Governor looks like. Ma Teng is forced to act as his aide, and his wife is compelled to assume the position of being the ‘new’ Governor’s wife.

Upon arrival at the town, Pocky thinks that with his new, prominent, position of power he will be able to live like a King, but when he soon realises that the town has been run dry by the crime lord Huang, he sets about scheming on how he might help the impoverished townsfolk by seeing to Huang’s undoing.

Without a doubt there are a number of cleverly conceived moments strewn across the runtime of Let the Bullets Fly, many of which pay respectful tribute to the likes of Sergio Leone (both in his spaghetti ‘Dollars days, and with his seminal Once Upon a Time in the West) and even the Kurosawa/Mifune Samurai ‘Westerns’ before them, as well offering up the kind of poignant satirical commentary you might expect from the distinctive comedic bent of Mel Brooks. Moreover the ‘Robin Hood’ theme used as a basis for the ‘notorious bandit, robbing the rich; giving to the poor’ character of the protagonist is a solid one, one which has been used a great deal of times before – and in far more than just the obvious Robin Hood movies.

The trouble comes with the way in which Jiang Wen attempts to juggle genres, and infuse humour in often tragic situations; drama in often comedic situations; and satire at times when you think the action is just about to get started. I genuinely believe that if you’re not native Chinese – or close to it – you could be missing out on a whole extra level to the entire movie, one which appears to be completely lost on me, despite my appreciation for the stars, directors and great works that have emanated from Hong Kong and China.

Take Chow Yun-Fat, for example. He seems totally at home here, laughing and joking and often making a fool out of himself. Kudos to him for returning to his comedy-infused roots, but the jokes largely pass me by, and instead I’m left with a feeling that this is Chow Yun-Fat here – the man who starred in some of the best action movies in movie history (Hard Boiled, A Better Tomorrow, The Killer, City On Fire) and arguably the defining wuxia martial arts movie (Crouching Tiger, Hidden Dragon) – and yet he’s just playing an archetypal, largely throwaway dastardly crime boss role. There isn’t even the depth afforded his less black-and-white contributions to films like Shanghai or Curse of the Golden Flower, nor the dramatic poise of Confucius – here he’s just on villainous duty and you spend 132 minutes waiting to for somebody, anybody, to slap that grin off his face.

Action-duties instead fall to the hands of writer/actor/director Jiang Wen himself, whose appearance and acting style often feels reminiscent (in a good way) of a young Eric Tsang (the scene-stealing supporting actor from Infernal Affairs, who went on to single-handedly drive the prequel, Infernal Affairs II). Wen has built himself quite a reputation, with his numerous films earning him a whole bunch of prestigious accolades, and he certainly makes for a charismatic lead, although he doesn’t quite step up to the task of delivering the goods on the action side of things. In one scene we see him leap through the air, a gun in each hand, in a shot that evokes all those aforementioned classic Chow Yun-Fat / John Woo actioners, and yet he goes on to disappear, and then leap back onto the screen as a pile of dead bodies land from the parapet above. This may have been quite a good idea, in concept, but for a movie where they’re quite happy to show a character essentially eviscerate himself and pour the contents of his intestines into a bowl to hand to somebody, you have to wonder whether it was merely budgetary restrictions preventing the action scenes (the finale notwithstanding) from having any genuine punch.

Completing the trio of lead performances we have Ge You, who also reminiscent of another famous Chinese actor both in looks and characterisation – James Hong (Blade Runner, Big Trouble in Little China, Chinatown). Ge You plays the real Governor, who is forced to take a back-seat and pretend to be nothing more than an aide, as the bandit takes charge, takes his wife, and makes moves against Huang. It’s an underdeveloped role, which is, more often than not, played for laughs – which feels totally at odds with the tragedy of some of the ensuing events involving him. Then there’s Carina Lau (another standout performer from Infernal Affairs II) who is utterly wasted as the wife who, on the face of it, appears to be content to have anybody in her bed so long as they have money behind them. You don’t know whether to despise her, laugh at her, laugh with her, or feel sorry for her, and there is simply not enough from her character to have any of the necessary impact required from her story strand.

In terms of action, effects and period setting the film is also a bit of a mixed-bag. It at once offers up a very gaudy, over-vivid period Chinese setting where everything’s that little bit too colourful (which would be fine for an outright comic-book outing) and yet attempts to go for more downbeat impoverished interior segues that don’t gel with the rest of the flick. Similarly the effects are downright terrible – the CG train crash at the outset looks like something you’d expect from a straight-to-video Seagal movie, not the biggest grossing film in Chinese history – which would be fine if they were playing the film entirely for laughs, but they’re not. Action is spotty at best, often taking place off-screen, with the viewer allowed to only absorb the aftermath, and although the second half comes more fast and furious (one mountainside ambush provides some fun, and the boisterous ending is suitably punchy) this in no way makes up for the ninety-minute slog to get there. Furthermore, even the latter-end action appears largely robbed of impact; with a man down and another with a bullet through his mouth, Pocky’s bandits still find the time to make throwaway quips that only stead from the significance of their loss a moment earlier.

All that said, as I noted at the outset, there are moments of respectful homage (which perhaps ties in to the feeling that this could have easily come from the Wright/Pegg/Frost trio behind Shaun, Hot Fuzz and Paul) and some clever quips and double-layered dialogue – the whistling form of communication is genius – as well as hints of quality action, all of which – coupled with a better understanding of the humour and political subtext – no doubt makes this the film that many are raving about.

For those less attuned to these subtleties; for those who are expecting Let the Bullets Fly to fit comfortably in the action, comedy, or even action-comedy pigeon-holes; you should be wary that this may not go down as well as expected. Some Asian dishes are an acquired taste, and this might well be one of them.