Let Me In Movie Review 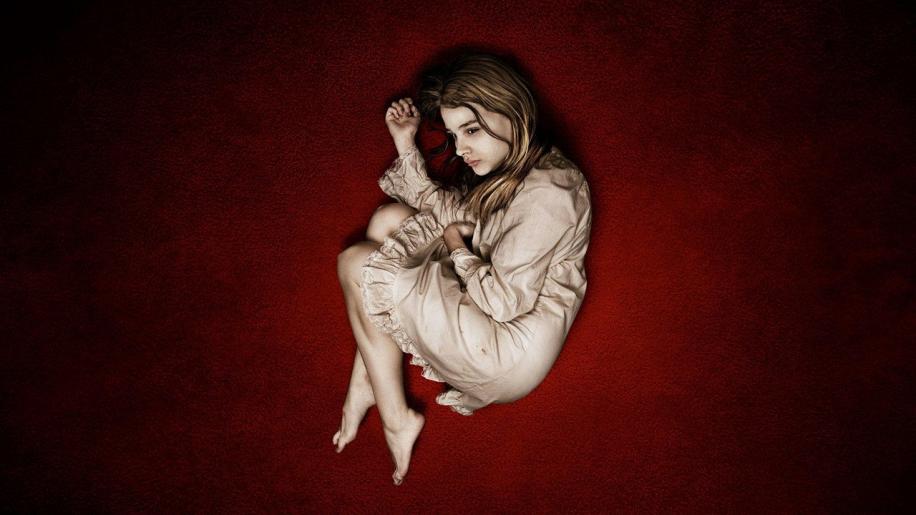 Stephen King – “The best American horror film in the last 20 years” so the cover sleeve reads. Of course, the operative word being ‘American’, this is indeed actually a remake of a 2008 Swedish horror entitled Let the Right One In. And since it’s an almost scene-for-scene duplicate, I guess that that comment unintentionally leads to the conclusion that the best horror the US has seen in decades is actually a Swedish horror. It’s like when The Departed (a remake of the Hong Kong thriller, Infernal Affairs, made just a couple of years earlier) finally won Scorsese the Oscar – didn’t anybody on the Oscar committee bother to watch the original before lavishing its unnecessary US remake with so much acclaim?

I guess that is the trouble: not that many people in the US get around to seeing these foreign movies; they are turned around by Hollywood studios and churned out in the more user-friendly English language at such a quick rate that few people outside of the native country get to enjoy them. Apparently a producer on Let Me In is quoted as saying about the original: “To be honest with you, that picture grossed $2 Million. It’s not like we’re remaking Lawrence of Arabia.” But maybe if US Studios marketed these foreign films a little better, and audiences were a bit more open to subtitled movies (which will surely be a by-product of more, good, international movies being shown in cinemas), perhaps the original would see all those big bucks, rather than some wholly unnecessary remake.

Sigh, remakes tire me, but I’m foolish enough to continually think that the next one may indeed surprise me. I had my reservations when I heard about Let Me In, but also read so many positive reviews that I thought it might turn out to be special in its own right. It’s the first release from the newly revamped Hammer Horror Production Studio, and, for that alone, I hoped for the best. The director of the remake – Matt Reeves (who also shamefully takes a ‘writing’ credit, which, more accurately, could be termed ‘translating’) – is himself quoted as stating that he would “make a new film, and not remake the Swedish film. It will be something completely different, but it’s going to be really interesting to see.” I can’t honestly see how anybody who has enjoyed Let the Right One In will gain anything from watching the remake. But that’s the rub: because we come back to the fact that not all that many people have seen the original.

The story stands out: Owen is a lonely 12-year old boy, bitter about being bullied by the boys at school, with an odd pastime of putting on a mask and watching his neighbours voyeuristically through a telescope. He is befriended by Abby, a newcomer to the housing block, who spots Owen practising stabbing a tree – pretending that it’s one of the bullies. Abby, who always appears barefoot in the snow, is an enigma in and of herself, but the two develop a bond and, indeed, start to communicate through their intervening wall using morse code. Eventually mutilated dead bodies start cropping up in the local area, and a police detective starts investigating. Surely this sweet young child couldn’t be a part of anything so grisly?

Honestly I can’t express to you how much I want you to stop reading, search your local e-tailer and find yourself a copy of Let the Right One In. The original. Yes, it’s got subtitles, but watch it, and at least decide for yourself whether it’s any good. I’d say it’s brilliant, original, dark, disturbing and atmospheric; a refreshing addition to the horror genre which will have you engaged throughout with its brutal reworking of classic vampire lore. Then, after you’ve seen it, you could consider renting the remake.

The trouble with watching it the other way around is that the following will happen: you’ll love the remake, thinking of it as an original story. It’ll feel like a wonderful breath of fresh air in the ever-burgeoning vampire genre that is already overpopulated by anaemic offerings like Twilight, with interesting, unusual lead characters, portrayed by some notable young actors; striking settings captured adeptly by the cinematographer; and a tense, unpredictable story, packed with brutal moments of chilling violence. And you’ll be blissfully unaware of the fact that the whole thing has been done before – arguably better – not three decades ago, but just three years ago, and that what you’re watching is a decent, stylish, well-made, complete and utter rip-off. It would be like translating the original Swedish book (that the first film was based on) into English, and marketing it as a completely new book. Don’t think you won’t be fooled either – even Stephen King was.

Let Me In has a couple of familiar older stars in it – including the perpetually underused Elias Koteas (Thin Red Line), and Eat Pray Love’s Richard Jenkins – but many of the other older characters are (as a result of one of the new director’s better choices) cleverly kept off-screen or out-of-focus. Instead the film is largely driven by a host of young actors, at the head of which are Chloe Moretz and Kodi Smit-McPhee. Moretz was easily the best thing about last year’s hit-and-miss comic book adaptation Kick Ass, portraying the aptly-named Hit Girl, a scene-stealing brutal 11 year-old vigilante killer. I suppose it’s no surprise that she was chosen for Let Me In – it’s not exactly unfamiliar territory for her – and she’s excellent here too, perfectly hitting the right beats for the cold, mysterious character that she has to play. Kodi Smit-McPhee was the kid in the bleak adaptation of the bleak novel, The Road. He’s pretty damn odd-looking – and it doesn’t help that they dress him up with a transparent plastic mask like a miniature American Psycho in one of the early scenes (I don’t remember that in the original!) – but he is pretty well chosen for the skinny little victim of the piece, bullied, neglected by his parents, and more than a little bit disturbed too, even if his character of Owen is somehow nowhere near as believable as the original character of Oskar was in Let the Right One In.

The two stars may be proving their talents at an early stage, but that doesn’t change the fact that this has all been done before. I’m not saying the movies are identical, but the changes are – in my opinion – mostly either insignificant or detrimental. There is an overall feeling of watering-down about the production too. Firstly the relationship between the two of them is developed a bit too fast, with barely enough substance to make the whole thing hold together; and it takes a different turn to the original because they strip out a key twist – integral to the dark, disturbing nature of the material. This more conventional approach was clearly more palatable for US audiences, but I don’t think it was necessary – it removes an interesting, original extra dimension and replaces it with a standard Hollywood plot-line.

But the rest of the plot twists, and the already unusual narrative, are still enough to keep you intrigued with this mystery horror with or without that particular depraved twist. In fact, almost everything is done professionally in this remake – there’s nothing wrong with it whatsoever, it’s just wrong that it even exists in the first place. If you want to get into quibbles then, honestly, the CG segments (which obviously weren’t in the original) are absolutely horrendous, reminiscent of the terrible CG UV-lamp sequence in Blade II. They really didn’t need them, because the original film worked perfectly well – if not better – with the more restrained suggestion of what was taking place, rather than an effects-driven outburst. But, on the flip-side, there is one, new, expertly-shot car crash which really does make you stand up and take notice. All in all, though, Let Me In may not detract too much from the original, may have the same scenes, same setting, and same unusual story (it doesn’t feel quite as bleak, brutal or shocking); but it also doesn’t add anything whatsoever to what was already a great horror movie. Which is the real problem. If Let the Right One In never existed in the first place, Let Me In would be a high 8/10, maybe even a 9 just for its unusual story (which is the score that I’d give the original). But, I can’t help mark it down for being such a flagrant, diluted, and unnecessary rip-off.

In the words of the original movie’s director: “Remakes should be made of movies that aren’t very good – that gives you the chance to fix whatever has gone wrong. I’m very proud of my movie and I think it’s great, but the Americans might have another opinion.” That just about sums it up.