"Sometimes that's all life is. A list of what we've lost." 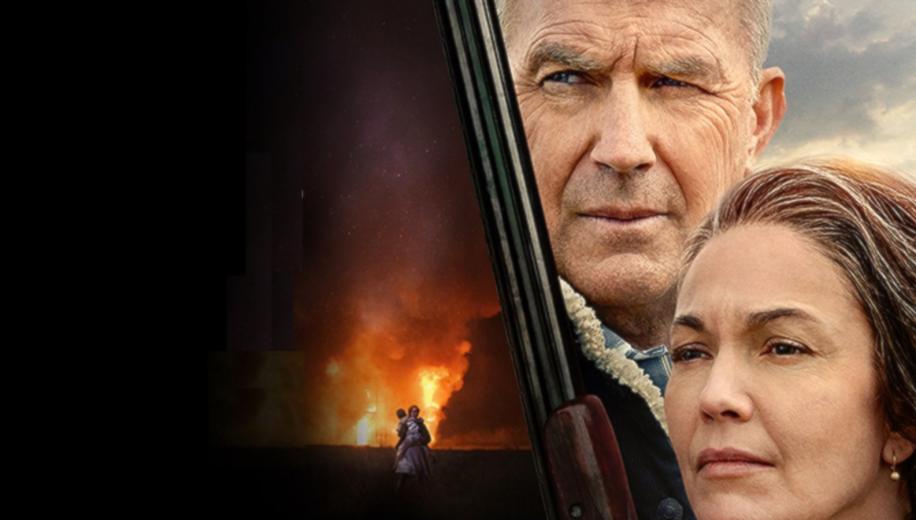 One of the best films of the year, Let Him Go reunites Diane Lane and Kevin Costner for a brilliant, brutal and blisteringly tense Neo-western thriller.

Relatively simple yet devastatingly effective, Let Him Go sounds like a lean revenge thriller in the mould of Taken, but that's mostly thanks to the kind of three-word title that would draw Seagal's interest. The reality is that this is closer to Eastwood/Unforgiven territory, gifting Costner and Lane with an opportunity to truly shine in a character-driven piece that slow-burns, building relentlessly with unbearable tension.

It's a story which, in one form or another, has been told countless times in the history of cinema, but Let Him Go somehow finds a new angle

After a tragedy befalls their family, grandparents George and Margaret find their lives further complicated when they start to wonder whether their grandson's new father is bad news. Hitting the road to get to the truth, they decide that they have to do whatever it takes to make sure that their grandson is ok, no matter what dark places they find themselves in.

Let Him Go's title is almost a boon, as you're going to want to watch this one knowing as little as possible and, if anything, assuming it's just another generic revenge thriller will probably be of benefit when it comes to expectations. Based on Larry Watson's 2013 novel, this will be a defining turning-point in director/screenwriter/producer Thomas Bezucha's career, crafting a staggeringly compelling narrative which draws you in effortlessly, planting those seeds of doubt, building with slow intensity until it's too late, and the darkness comes crashing in.

It's a story which, in one form or another, has been told countless times in the history of cinema, but Let Him Go somehow finds a new angle, investing in its period sensibilities but not getting waylaid by them, and trading in heavy Neo-Western vibes - the kind which would happily see this joining the ranks of gems like Hell or High Water, Wind River and No Country for Old Men.

Small but perfectly formed in scale, the emotional core of Let Him Go is undeniable; tapping into that intrinsic sense of protection of children that is eminently easy to relate to, whilst keeping a straight line forged in plausibility and real-world action, and real-world death.

Kevin Costner has enjoyed this kind of Western-vibed role for most of his career - even in his most outlandish sci-fi outing, Waterworld. He was essentially born to be a grizzly retired sheriff who doesn't say a great deal, but makes every word count, and will always do whatever it takes. It's a shame his darker role in the excellent tv series Yellowstone hasn't been handled better when it comes to access beyond the States, and it's great to see him return to the Big Screen in a feature that has already earned him significant, rightful, praise. Reteaming with Diane Lane - both of them enjoyed strangely comparable roles in Man of Steel and the wider DC Universe - they share exceptional chemistry; the perfect pairing, with Lane likely a shoo-in for an Oscar for her powerful performance (it is, after all, in essence, a film about two strong-willed matriarchs - Lesley Manville playing opposite Lane as the scarily powerful mother with a cadre of loyal sons beneath her). Jeffrey Donovan is also excellent as their first contact with the dark underbelly that the two are about to uncover, brimming with only thinly veiled menace. It's a great cast of superb characters, with performances being key in this memorable tale.

As 2020 draws to a close, Tiers are going up, and cinemas are closing, many will be looking to the imminent foreign Blu-ray releases rather than risking a trip out just before Christmas, but thankfully Let Him Go, whilst launching in cinemas this Friday, was already available on Wednesday to rent in HD for as little as a fiver from the likes of Amazon. So there's no excuse, however you plan to see Let Him Go, make it a high priority on your to-watch list, it's a fabulously unexpected gem to close out a messy year packed with a mixed bag of releases. And it's one of a very small selection of 2020 films that are actually unmissable.

Let Him Go is in cinemas 18th December and available now to Rent from Amazon Prime for £5.99
﻿