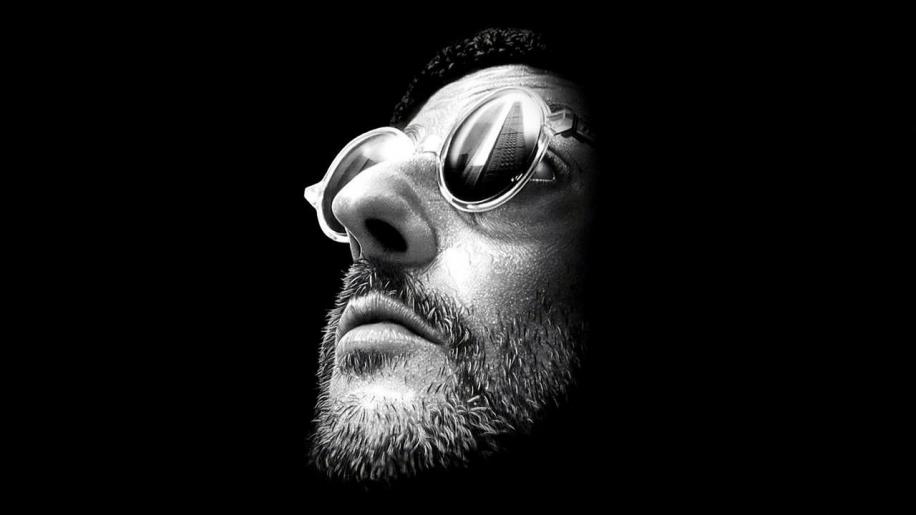 Sometimes cited as the French equivalent of Steven Spielberg, the French director Luc Besson is having his back catalogue released to Blu-ray here in the UK on September 14th courtesy of Optimum. Personally, I feel that the comparison with the US director is unwarranted. Whilst it is unmistakeable that they are both contemporary giants of cinema, stylistically they could not be more different. We will be looking at Besson's Blu-ray releases here at AV Forums over the next few weeks, starting today with arguably his most famous film, Leon which was also known in the UK as Leon : The Professional

Leon had rather a troubled history. Originally played to preview audiences in the US in its uncut form, the audience reaction was hostile. They didn't like the slow pace of the film, and they didn't like the relationship between Leon and Mathilda. They abhored the fact that a 12 year old girl was asking a grown man to have sex with her - without realising the whole point of said scene. This led to the film being drastically cut before it was released to the cinema. Gone was the aforementioned scene, as well as a scene where the two (completely innocently) share a bed. Even worse than this, the original viewers lost a key scene where Leon explains some key information about his past, and also several training missions that he takes Mathilda on. Subsequent to the film's success, the missing scenes were re-integrated into the “version integrale”. It is this version which is the default version presented here when you fire up the disc, although if you are so inclined you can access the original theatrical version as part of the extras package. Why you would want to, though, is a mystery to me. This review, then, discusses the Version Integrale.

Leon is the tale of a hit man, euphemistically known as a “cleaner”, who lives alone in an apartment block in New York. Ploughing his own furrow through life, he is a man-child, who only comes to life when carrying out his hits. Working for a shady downtown character who looks after all his affairs, including his money, Leon has nothing to his life apart from his work. His only friend in life is his pot plant.

His world is turned upside down one day, though, when his next door neighbours are blown away by a group who seem to be local drug dealers. Ruthlessly executing the whole family, including the four year old boy, the only person to escape the carnage is 12 year old Mathilda (Natalie Portman) who happens to be at the local grocery store at the time. Coming back, she shows immense awareness as she approaches the scene and realises what has happened , walks past her door, and knocks on Leon's apartment. He lets her in, and thus she enters his life.

Mathilda very quickly works out what Leon (Jean Reno) does for a living, and asks him to train her in the role of assassin. He does this, taking her on jobs with him and training her in the ways of the hit man. When one day she is in her old apartment picking up her teddy bear, she realises that the people who massacred her family are actually DEA officials led by the psychopathic Stansfield (Gary Oldman). She therefore resolves to go after the murderers, setting in place a chain of events that will have disastrous consequences for all involved.

The film starts out in a fairly traditional way for a hit man movie. Leon picks up his brief and sets out on his mission. He manages to wipe out a mini-army of bodyguards before getting to his target. He moves out of the shadows, gets his message across, and then disappears back into the shadows again. This is an important scene because it sets up the character perfectly. Leon is a man-child, incapable of taking any kind of proper role in the world he sees around him. Almost autistic he lives on his own, and has no life apart from his work. He lives in the shadows of the world. Everything is controlled for him by his boss - even his finances. He doesn't even sleep in a bed, instead sleeping sitting up, in a constant state of awareness.

This is what makes his relationship with Mathilda so fascinating and so wonderfully observed. She may be only 12 years old, but in so many ways she is the adult in the relationship. She cleans for him, looks after him, brings him out of his shell, and generally changes his outlook on life completely. Yes she makes some inappropriate suggestions at times, but this is only because she has been so damaged by her previous dysfunctional life. She may be good for Leon, but he is also good for her. His innocence, his childlike naïveté rubs off onto Mathilda and changes her as much as it changes him. It is a very deep and complex relationship that truly makes you think.

One of the reasons why this relationship works so well on screen is the beautiful way it is written. Every line of dialogue crackles with a resonance that goes well beyond the mere words placed in the character's mouths. The exchanges between the two of them, the way each line is placed hints at something deeper. They may work well as just dialogue, but they also inform the viewer of the undercurrents that may not be obvious just from the words.

And the actors have an absolutely field day with the roles that they have been given. Reno, in particular, is brilliant. He is a man who quite simply has no emotions due to his dysfunction. Yet with just his eyes he manages to convey so much more. Just watch the scene where he is asking Mathilda to guess which character he is portraying. When she fails to guess it, there is no great emotional histrionics - but a simple and slight change in facial expression conveys every inch of pain he is feeling. A fully grown up, mature man would never feel that level of pain - but this is Leon and what he is suffering here is real. It is beautifully portrayed.

Portman puts in one of the most disturbingly precocious performances I have ever seen from a child actor. There have been many quite brilliant performances from children in the past, but Portman goes beyond these - essaying a girl who is 12 going on 21 - a girl who has been utterly destroyed by her past, and is far more mature than she has the right to be. It can be quite disturbing for the viewer at times, in particular when she is playing at being Madonna or Marilyn Monroe, but it is proper and right that this should be the case. She is a girl who has grown up far too soon, and this is why her relationship with Leon is good for her. But she does show vulnerability when she needs to. Anyone who can watch the scene where she is knocking on Leon's door for the first time, without dissolving into tears is a better man than I am. In this scene she shows a girl who has a sense of her own mortality that no girl of her age should ever have. She knows that if he doesn't answer she is dead - and the look of grief on her face, both for herself and her four year old brother who has been gunned down, is just heart breaking. It is a truly disturbing scene.

Although the film mainly centres around these two characters and their wonderful relationship, there is one other key character in this film. He may not appear on screen for that long a time but Gary Oldman as corrupt DEA official Sanderson puts a chilling turn in. He is just merciless, stopping at nothing to get his way. I will not go into too many details about his character for fear of spoiling the plot. Suffice to say, he brings a chilling intensity to the role.

But this is Besson's film. He both wrote and directed it, and it is rare to find a director with such vision. He refuses to pander to Hollywood sensibilities, preferring to concentrate on wonderful character and relationship development. Yet he does this without ever allowing the film to drag. In the hands of a lesser director, the film would probably be, dare I say it, boring - but that is never so here. Besson has a wonderful sense of pacing, always aware when to cut away from a scene - always allowing the maximum development without outstaying his welcome. There are action scenes here, and when they occur they are beautifully conceived, almost balletic. There may be shocking violence here (the killing of Mathilda's family is brutal), but it is always presented in a way that doesn't sensationalise it. It is necessary to the plot, and never over the top. You don't feel that Besson is glorying in it; instead it is a necessary tool to tell the story.

Many directors would shy away from the central relationship and its complexities, but Besson is fascinated with it, and presents it to the audience in a way that makes us understand, but also feel uncomfortable. Leon is taking Mathilda on hits with him, she is making sexual suggestions to him. Hollywood would normally shy away from such material, but Besson obviously believes in his audience's ability to cope with the ambiguity and complexity. He credits the audience with intelligence, and it is wonderful for a director to show such respect for his audience. He allows his characters to breathe, and allows the audience to put their own interpretation onto events.

Leon is probably Besson's most famous film, and arguably his most accessible as director. It is an ideal starting point for anyone who is not familiar with his work, and is a refreshing and unusual fusion of Hollywood blockbuster with European art house sensibilities - as long as you can cope with the aforementioned difficult scenes. It is a film that is deep and multi-layered, and a film that requires the viewer to travel to some uncomfortable places. It may not be an easy watch, but it is most certainly a riveting one. Entertaining may not be quite the right word for it, but it is certainly deeply satisfying. It is a film you can watch again and again, and get more out of it each time. For that reason alone, it deserves a place in any film fan's collection.