"I like these calm little moments before the storm." 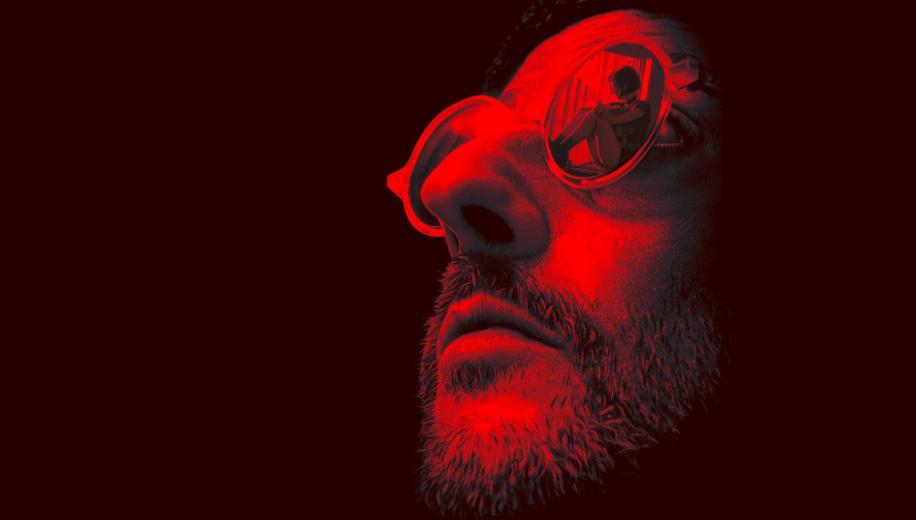 Luc Besson's majestic US debut was a continentally-flavoured ballet of violence, marrying career-defining performances, exquisite visual flair and a symphonic score to produce a modern classic.

Having enjoyed a certain popularity and respect for his very stylish French productions (an interesting counterpoint to the regard most have for his dime-a-dozen US writer/producer features), Besson made the leap with Leon, a French co-production that brought with him his go-to actor of choice, Jean Reno, who had starred in all of his preceding movies and who would take the lead here as the titular hitman. A seasoned hitman - the best in NYC - the character was borne from Reno's earlier cameo in Besson's tremendous Nikita, which introduced his tough French 'cleaner', Victor, replete with the same curt, consummately professional attitude, and the same look: a hat, and that distinctive coat and round sunglasses. Looking back it was probably quite daring to cast a French actor - practically unknown in the US - in the lead of the film, but, despite the undeniable visual flair and aesthetic of the production, it was a relatively modestly-budgeted piece which rode high on Besson's visual eye, comic book sensibilities, colourful performances, and that signature score from long-term Besson composer Eric Serra.


As unlikely as it seemed at the time, Leon turned out something of a masterpiece

The story was controversial for Western sensibilities, particularly in its shorter cut, which, by being more chaste, only insinuated an unspoken relationship between the characters (the Director's preferred 'version longue' explicitly addressed, then defused, this issue). It saw Leon's seasoned assassin, a solitary, child-like soul, forced to take in Mathilda (Natalie Portman, making a storming debut), a wiser-beyond-her-years 12 year old, following a brutal assault by corrupt DEA agent Stansfield (Gary Oldman, in a role that would go on to define him) leaving her an orphan. The events that play out are both wild and whimsical; tense and tragic, endearing you to this unusual Bonnie-and-Clyde pair as they fight their nemesis, and bringing you to the point of emotional crescendo by the end of it. There are only a select few films - both before and since - that have managed to be this stylish and this emotional, particularly in the oft-dismissed action genre where Leon ostensibly subsists. However, it's clear genre restrictions need to be redefined; as unlikely as it seemed at the time, this turned out to be something of a masterpiece.

Leon - Director's Cut makes its UK 4K Ultra HD Blu-ray bow courtesy of Studiocanal, but it's not its 4K debut worldwide. The classic was picked up back in 2015 for Sony's "Mastered in 4K" Blu-ray series, the titles from which were rather obviously being prepped (/milked) in advance of actual 4K releases, which is what we got over two years ago, back in summer 2017, when Sony released an initially Best Buy Exclusive full fat native 4K disc for Leon, which we also reviewed here. It was near-perfect at the time, so what could Studiocanal bring to the table that distinguishes it from a 4K disc which Leon fans would surely already own? The answer is: Dolby Vision.


What could Studiocanal bring to the table that distinguishes it from a 4K disc which Leon fans surely already own? Dolby Vision

For starters, it's worth noting that when the cover says "Leon - Director's Cut", it's not kidding. That's the only cut on here. Unlike the US release, which had both the theatrical and longer version available in 4K via seamless branching, Studiocanal has decided to only include the longer Director's Cut (presumably due to the fresh Dolby Vision encode?). Dedicated fans are going to be immediately disappointed and perhaps even utterly shocked by this decision, but for those that feel that this is the definitive version (and there are plenty that do not), the question then comes down to purely: to Dolby Vision or not to Dolby Vision?

One of the rare titles where a direct HDR vs Dolby Vision HDR comparison is possible - albeit via swapping the disc around repeatedly and burning out your retinas staring at the screen - Leon already looked damn near perfect on its US disc from Sony. Detail, texture, filmic grain, colour depth, inky blacks - all present and correct. What more could Dolby Vision bring to the table? Well, in a glass half empty kind of way, the answer is not a great deal. But the glass half full answer would be - more than nothing. There is a difference in colour vibrance, from the green trees in Central Park during the opening flyby to the red behind Tony's head when he gives Leon his first fat bastard contract. Skin tones are largely the same - which is a good thing as they were healthy enough as-is - and the colour of Leon's apartment walls is slightly less sickly, but not alarmingly so. Neon shop signs pop with more intensity and the shift from peak whites to inky blacks appears more striking, with exterior scenes more intensely bright on the skyline, but not at the expense of being blown out. There's a scene where Mathilda returns to her family apartment, and the chapter start is her in the street outside, set against a shop background. On a direct comparison back and forth twice, the Dolby Vision enhanced presentation had more discernible pop, giving depth that is more readily apparent and setting Mathilda apart from the vibrant background behind. Similarly, latter, more obvious tweaks included things like the red laser sights and the wonderful practical effect explosions.

The Sony release is reference, and impossible to fault. But there is a difference with Dolby Vision, and if you want that extra pop on the Director's Cut only, then this is the way that you are going to get it.

Leon's UK 4K release offers no kind of change on the aural front, but that's ok too - it has already achieved a level of sheer perfection with the Dolby Atmos track fans are no doubt long familiar with.

Whilst dialogue - off the cuff murmurs, thick accents, wheezed grunts, bellowing roars and everything in between - maintains pristine clarity across the frontal array, with prioritisation where necessary, it's in the stunning score and tremendous affects coverage that Leon's audio defines itself.

Effects are myriad, right from the thunderous opening sequence, which delivers both silent kills aplenty and also empties entire clips into your living room wall, offering endless power and precision all dealt within the first few minutes. Besson's marriage of score and effects is sheer perfection, with heavy LFE cues giving untold life to the least likely objects - even Leon putting down his glass of milk becomes a bass-heavy cue into the subsequent score piece - whilst bringing key atmospherics to life in the environment, before absolutely decimating your soundstage with furious bouts of explosive violence. The shotguns boom; the grenades ignite the array; and assault rifles tear up the room - it's staggeringly good audio. And Serra's score is arguably the best work he's ever done, and not just on his Besson features. Alone, it's capable of bringing forth some sweeping emotional waves from within you, but coupled with the visuals, story, script and performances and it's just impossible not to get drawn right into this engulfing audiovisual maelstrom.

Studiocanal doesn't afford much of anything different from the US disc on the extras front and doesn't even bother to do what it usually does, which is at least port them over to the 4K disc itself. More disappointing is the loss of the Theatrical Cut (which you could kinda class as an 'extra'), and it's scant compensation, but one thing that does appear to have magically appeared in the place of the Theatrical Cut option is the option to listen to the Isolated Music Score, which wasn't previously available on the US release and is ported over to the 4K disc itself.

The extras on the Blu-ray are those fans will already be familiar with, headlined by a trio of solid supplements with a 10 year overview retrospective in Cast and Crew Look Back, and two great retrospective Interviews - Jean Reno: The Road to Leon and Natalie Portman: Starting Young, also including a Fact Track as the cherry on top.

Leon - Director's Cut marks the latest in a long and welcome line of stunning native 4K restorations by Studiocanal, but doesn't appear to have been treated with quite the same respect as some of the others in that list.


If you really, really want the definitive visual presentation of just the Director's Cut of Leon, and you are Dolby Vision enabled, you're going to have to buy this release

Léon - Director's Cut's 4K Blu-ray disc does provide Dolby Vision-enhanced 4K which is a step up - however nominal - over its US counterpart, but it appears to have come at the expense of access to the Theatrical Cut (which the US release sported in 4K via seamless branching). The superb Atmos remains the same, and the extras are the same too, with Studiocanal also not bothering to do what it usually does, which is port them over to the 4K disc itself. The new addition of an Isolated Music Score may not soften the blow for fans, particularly when faced with the fact that if you really, really want the definitive visual presentation of just the Director's Cut of Leon, and you are Dolby Vision enabled, you're going to have to buy this release. Dedicated fans will probably thus need both because nobody is really going to be happy without the Theatrical Cut, even if it's only the option to watch it that they need.