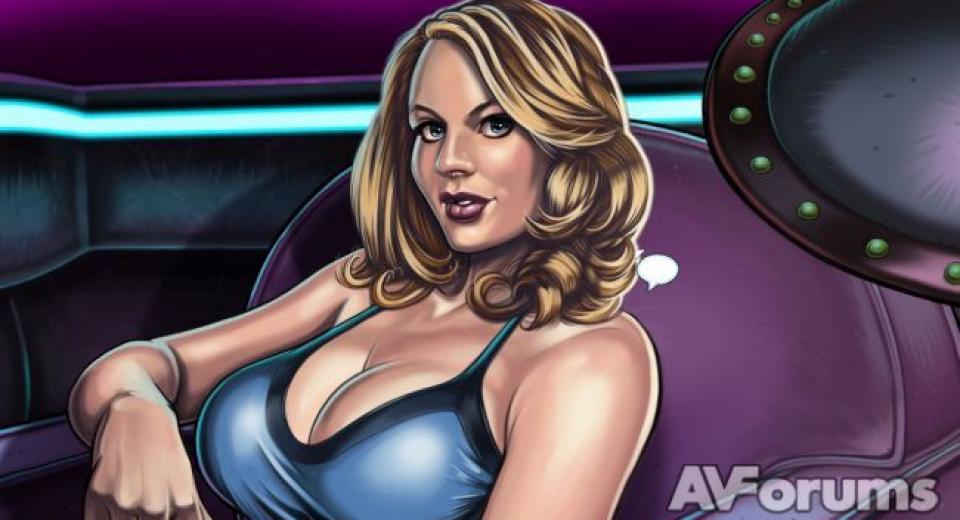 It was forbidden; or at least it felt like it was forbidden (I don’t think I ever even asked if I could actually play it “legally” in my house), and yet unlike the other examples I listed above, I don’t have any concrete recollections of Larry providing explicit sights and sounds I’d never seen before. I just remember it being a bit odd. It was a window into a world that I didn’t really understand in my youth, but as I knew I wasn’t supposed to understand it yet, that made it all the more enticing.

Re-visiting Larry in 2013 via the Kickstarter Conduit For Ideas That May Or May Not Be Truly AwfulTM, it’s clear to me now that Larry wasn’t really shining a light into a corner of adulthood that was above and beyond my teenage comprehension after all. It really is just a weird game; and even as an adult I don’t really understand its appeal beyond a quick rush of point-and-click adventure nostalgia. Larry Laffer is on a quest for love, and it’s the player’s job to guide him through the streets of Vegas-a-like city “Lost Wages” as he hunts for objects, combines items and endures the conversations that inch his story ever-closer to a disappointing climax.

Although the art style has been given a spiffy HD upgrade (animation is still incredibly sparse however), Reloaded remains true to the adventure mechanics of yore, meaning a return to a command wheel and multiple methods of interacting with every object. You don’t just click on a person to begin a conversation, but instead select the appropriate icon and either talk, eyeball, fondle, gift or attempt to wave Larry's penis in their general direction (at least I think that’s what the zipper icon indicates, it never really works in a meaningful fashion).

It's a system that's definitely of its time, and although the choice of interaction methods is sporadically interesting in a purely nostalgic sense, Larry’s other old-timer traits are most definitely unwelcome. This is a game in which logic and flow appear to have been thrown under the bus.

As an example, there are several points in the storyline in which items simply refuse to appear depending on what you’ve achieved elsewhere in town, but there’s no logic, rhyme or reason for them turning up when they do. Unless you settle in with a guide, Larry’s core adventuring quickly turns into a routine of clicking on every object and returning to the various locales to see what else is now suddenly available. Want to blow up that sex doll? Visit the caberet to pick up a helium cannister, but not before you've wiped the food stains off the buffet cart; oh and definitely not before you've purchased an apple from the naked dude outside the casino. Of course!

By the Lucasarts and Sierra-driven standards of the time, Larry's quest is peppered with wholly inelegant puzzle design. It also doesn't help that to get around the town and figure out what new items are available, Larry has to pay for a cab with money that can only be won by playing several tedious gambling minigames. It's filler, pure and simple. It’s all in the name of comedy though, so that’s something. Right?

Don’t get me wrong, base-level gags and intentionally incendiary dialogue can be brilliant tools in the right hands, and I’m a firm believer that there’s a place in the world for jokes about any subject; but the humour in Larry just makes me feel equal parts uneasy and incredibly bored. It’s like somebody badly animated the mildly-racist language that your gran might use, inserted a feature-length commentary from a terrible cabaret compere and then jumbled the whole thing together with a million christmas cracker jokes and pop culture references that make Family Guy look positively enlightened.

Remember how stupid breath spray was? The people in Lost Wages certainly do, and they'll remind you of Larry's hilarious halitosis upon enterting any scene, or beginning a conversation with any character. "What's that smell?", ad infinitum; "Did something die in your mouth?". Yep, it was my will not to be doing literally anything else but playing this. Although Leisure Suit Larry Reloaded has been given a high-resolution lick of paint and runs fine on pretty much any machine you'll find, it's not a particularly great remake in terms of fan service. There are some differences to the original plot, a new character quest line, a few extra scenes and some rewritten dialogue, but that's about it. Presumably any homage to the original or bonus content must have been delivered in the various Kickstarter reward tiers.

Given my hazy teenage memories of the original I'd love to have said nicer things about Larry's return to the PC, and as it's a project entirely funded by a huge number of poeple that wanted to revisit that same sense of nostalgia, it's a shame not to be able to report on something better than this. Leisure Suit Larry Reloaded is a barebones remake of a game that contains unforgivably dated content and some atrocious design, and no matter how you try and spin things, this is just a terrible adventure game by any standard.

Larry hasn’t aged well, but I’m not convinced he didn’t always look long in the tooth.