A title that releases your inner child 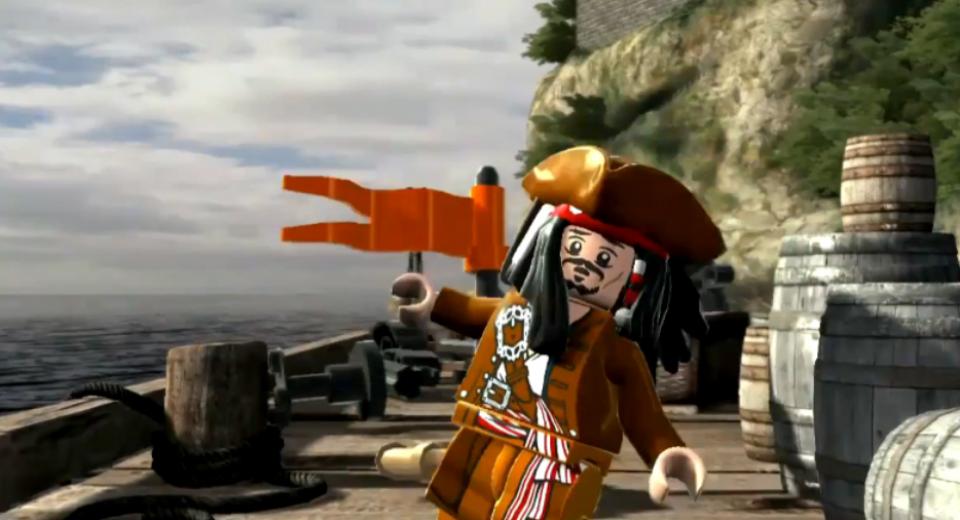 LEGO Pirates of the Caribbean the Videogame Video Game (2011)

It seems that nothing is safe from digitalisation these days, be it music, TV and now even kids toys and games. Where once a few sets of Lego would suffice, apparently now kids are demanding their Lego fix comes in the form of console videogame releases. You would have thought that Lego games across all formats would see relatively little success, but it seems that they’re popular enough to warrant a regular stream of titles spanning a variety of popular films.

Development duties are again in the hand of Traveller’s tales, who it seems, have the required acumen to provide us with our latest Lego hit after their back catalogue of previous titles. Disney Interactive will have been keeping a beady eye over development this time, as they are in charge of publishing the title, but it would be safe to assume that this Lego game will be as good as the rest.

Given the success of the series, Traveller’s Tales don’t tease gamers with much preview material throughout the time of development but it’s fair to say that the Pirates of the Caribbean (PotC) name is fairly popular. Given the popularity of the films, selling in quantity would be something all involved will be banking on. One thing that will be in the back of gamer’s minds though is that the Lego series might be getting a bit old and possibly becoming all too familiar, therefore new ideas and features will be expected.

Those who are familiar with the Lego series will instantly feel at home when they load up PotC as the design is reminiscent of all previous titles. One thing that is noticeable is that Traveller’s tales has put a bit more polish on the characters in this one as they now have a more ‘polished’ look to them, making them stand out more in darker environments. As ever, all scenarios from each film have been wonderfully recreated in Lego form where possible and gives the game an ‘easy on the eye’ feel about it, making it a joy to play through.

There are a few changes to the layout of PotC as there are few menus to scroll through when it comes to purchasing characters and extras. Instead, buyable characters walk around the home port, whilst extras can be found here also in the form of red hats, both of which you walk up to in order to buy. This in some ways is a good feature, as it keeps the game flowing and you playing as much as possible, yet it can be annoying when looking for one specific character and they continue wandering off to another area. All in all though, it is very easy to find your way around the game as there’s very little to stumble over as the menus that are present are uncluttered and simplified.

Giving the game extra charm is the fact that effects are always ‘big’ and over the top, so cannons fire with a satisfying ‘boom’ and swords hit together with a thrilling ‘clash’. It’s clear that each character has been studied carefully in the films, as traits have been transferred over to each within the game; Jack Sparrow runs like a little girl and Captain Norrington is as smug as ever. All interact with one another when in battle too, so expect to see finishing moves being shown off and bottles to be used to smash over each other’s heads.

The formula for Lego: PotC is simple; follow the main story for all four films and destroy, collect and explore where possible. Each level within all four films must be completed before the free play aspect of the game can begin, which encourages the story to be completed first. Certain areas which require specific criteria to unlock also keep you coming back to levels when you have the required character. Each character has their own specific purpose and use within each area, for example, Will Turner can throw his crafting tools at targets and Barbosa’s un-dead crew can trawl the seabed without surfacing for air.

Looking from the outside in, this would seem rather repetitive when compared to previous title, but somehow it isn’t. Yes you collect more or less the same things and there are recurring themes across the board, yet there are enough new features present to make it feel fresh. Finding hidden objects is down to Jack Sparrow with his trusty compass, digging up buried chests falls down to the guard dog and opening and closing gates requires a rolling barrel. These things may seem very minor, but you never feel like you’re re-treading old ground, it all falls into place and makes an overall enjoyable experience.

On the subject of new things comes character changing in free play mode, which before limited you to a certain number of characters per level. Now though, you can select from the six the console gives you but also if you hold down the Y button, you can choose any unlocked character from the selection menu. A feature like this makes sense when you use it, and after all the years of not picking the right person you’ll think; why wasn’t this included before?

PotC is not without its problems though, along with the new features come some flaws too. When traversing dangerous gaps, you’ll more often than not have to do so by walking across a plank, which sounds simple, but getting on said plank can be a bit tricky. Furthermore the AI can be a bit slow to respond to certain cues and leave you stood around for a while before they realise what is going on around them. It’s little niggles like this (and the fact that some achievements are single-player only and not achievable in co-op) that detract slightly from the experience and often makes you wonder how they didn’t get picked up before shipping.

Whilst Lego Pirates of the Caribbean won’t win any awards for its gameplay or graphics, it can be commended for its replay value throughout the story. Following the story in order, and depending on how much exploration you do, the game will probably last around the eight hour mark. After that, you can expect to add another few hours on if you take into account the ‘free play’ aspect of the game where you can backtrack and pick up all missed content.

The only sign of multiplayer is the drop-in/drop-out co-op feature over Xbox Live for those who don’t have any one to play with locally, which can boost longevity of the game if you like to play with friends or family.

It’s hard to deny the success of the Lego franchise and what it has achieved over the past few years. For those who are critical, this is not just a re-dressed repeat of the previous titles, it is its own fully deserved game. Despite not being a Triple-A franchise, or for that matter, a title that will rival and major competitors out there in terms of sales, there is one thing for certain and that is that no matter of age or gender, you’ll love every minute you play.

The Lego series of games is becoming expansive and to some, exhaustive but Pirates of the Caribbean brings fun back into the games that older titles were perhaps missing. With some cheeky additions and a fresh layer of polish, this game stands out as one of the best in the series so far.