Ninja-Go on, give this one a miss and play another game instead. 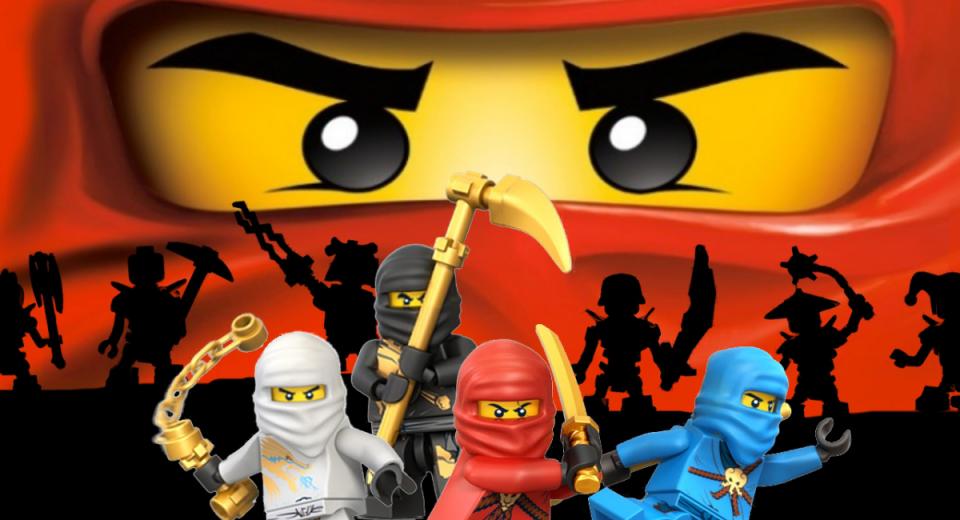 Of all the Lego sets there are available; Ninjago (pronounced Nin-Jar-Go) is probably one I am least familiar with.

It has proved popular enough to sprout its own TV series though, and here we are now with the latest title in the Lego franchise; Nin-Jar-Go Nindroids. Lego Nin-Jar-Go Nindroids is without question fan service of the highest order. It’s just a shame that the audience this game is aimed at probably won’t experience it, whilst others who pick it up will be left out of the circle. You see, Nindroids is based upon the above TV series, and for kids who follow the show, they’ll know the story to every minor detail.
However, if you don’t, then you won’t have a clue what’s going on. It’s not a problem as such, you can play the game and not pay a blind bit of notice to the story. It would be nice, however, to have some sort of idea what is going on. Before the disorientation with the story subsides, you’re instantly thrown into the game proper, with no menu screen to get past. No sooner have the introduction scenes ended, you’re off on your way with little warning. The game boils down to you playing as a variety of Ninjago characters, masters of Spinjitzu, in order to protect New Ninjago city from Overlord’s evil Nindroid army. As far as story goes, that’s about as much as you can salvage from the antics on screen and as much as you need to know before you start smashing droids into multiple pieces. Oh, and the occasional cleaning robot…

After you’ve played a certain number of levels you finally get access to the hub where you buy new characters and boosts, choose levels and complete side missions and challenges. This is a recent addition to newer Lego titles on consoles with a living, breathing world open for exploration beyond the constraints of the story missions. Whilst it’s nice to see here, it just feels empty. There’s not enough to do in there to make it a worthwhile feature, it looks like it’s there to serve a purpose and nothing more.


It won’t challenge the likes of Uncharted and Killzone on the visual front, but it is still full of colour and life nonetheless.

Obviously the game was unlikely to have a massive open world similar to those available in the Hobbit and Marvel games due to the power limitations of the Vita, but it could have been more. It’s a shame really as the game itself looks rather good and is probably one of the best looking Lego games available on the Vita. It won’t challenge the likes of Uncharted and Killzone on the visual front, but it is still full of colour and life nonetheless.

As is the main draw with portable gaming, Ninjago is the definition of pick-up-and-play. Levels don’t hang around or last longer than ten minutes at the most - which keeps things moving along at a steady pace - but don’t give opportunities for exploration like previous titles. The only time you do some exploration is when you lose the direction of your objective, which happens regularly as they aren’t always clearly signed. There’s the occasional issue with the platforming sections because of the isometric camera position doing its best at times to make it that bit more difficult to judge that gap you need to leap across.

There are several other nuances with the game that make it less enjoyable than it should be. First of all the hit detection isn’t as clinical as it should be; objects don’t always take damage straight away, whilst enemies don’t register damage upon initial contact either. At one stage, the game even has you destroying things that aren’t made of Lego, breaking previously established rules of destruction. As a means of giving you incentive to replay the story missions, there are objectives for you to complete in each one, ranging from finishing the level in a certain time, to destroying a set number of enemies. This is all well and good in a free-play mode, but not the first time you play a story mission, which is what happens sadly. Every time you jump into a mission, you have an annoying timer in the bottom corner which inadvertently makes you rush to complete the level, even on your first go.

Even those criteria which seem to be a little less demanding, like completing the level in one life or not taking too much damage, are often more challenging than they should be. There’s the ability to dodge attacks, which works as and when it wants to, and that’s if you can even dodge the attack, with some destined to hit you no matter how hard you try to evade them.

The Ninjago franchise is one that has remained relatively untouched in videogame form, and one that is possibly less well known in comparison to others.

The potential is there for newcomers to be introduced to the series and bring something fresh to the successful, nay ageing, formula which Traveller’s Tales lovingly created. Sadly, this is nothing to get excited about, and for the price you’ll pay it’s easy to give this one a miss, which is a shame.