This game is the Tolk of the town 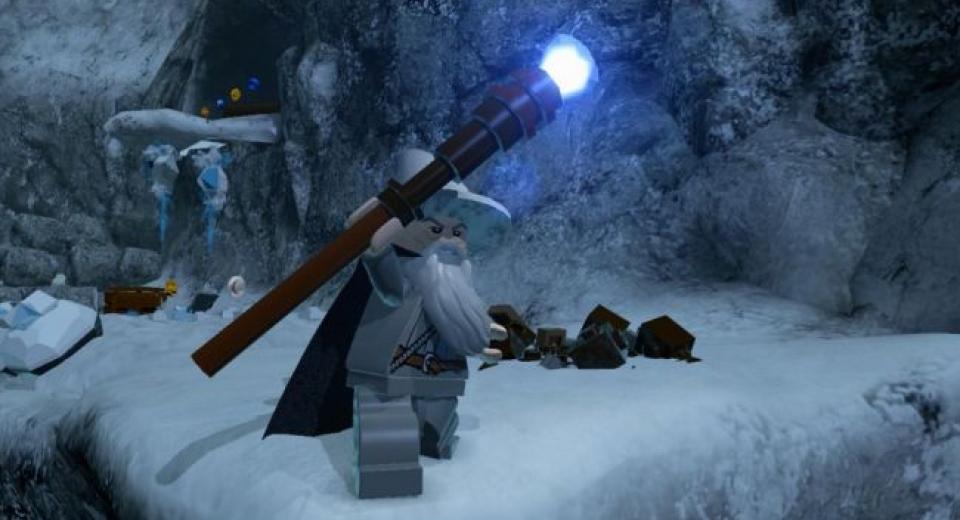 J. R. R. Tolkien’s epic Lord of The Rings (LOTR) franchise is pretty unstoppable when it comes to making money from different avenues. Be it multiple releases on DVD/Blu-ray or the hundreds of companion books that are available to supplement the original books. For fans like me, this is no big deal as you can never have enough LOTR in your life and when it was announced that a Lego game would be made based on the series, imagine my jubilation.

Every gamer out there knows what the Lego games are about even if they haven’t played them; they’re light, entertaining snippets of famous films and franchises. Full with laughs, inside jokes and crafty level design Traveller’s Tales do an excellent job with these games and it’s a safe bet that they will do the same here. So, much like the Fellowship, let our adventure begin…

Spanning three films and many, many hours, the Lord of The Rings trilogy was literally an epic adventure comprising of big set-pieces and a music score that was simply brilliant. A perfect transfer of audio, freedom and scale is seen here which is a fantastic achievement in itself and there are very few restraints on where you can go within Middle Earth. Of course your adventure unfolds in the order which is seen within the films but between each section you are free to have your own little adventures exploring, collecting and destroying. All three of these things have been a staple ingredient throughout the series of Lego games and here they have never been stronger. The majority of major landscapes and sites can be roamed whilst pretty much every bit of the environment can be destroyed in order to collect studs (in-game currency).

Whilst seeing everything in glistening, Lego format is an absolute treat there is the downside of each film and plotline being short on detail. For newcomers or casual fans, this might leave them questioning what happened in each film and possibly revisiting them at some point. In truth though its likely 99% of players will be hardened devotees and this will not be an issue. Thankfully though all the original cast’s voices are present and the murmuring characters of old are a thing of the past. In this case, it proves to be for the best.

Key moments in the film are handled via cutscenes and do a good job of giving revealing enough information as not to completely leave people stranded in terms of story. As usual, the TT team do an excellent job of making light of even the most dire/serious sections of the story and a pig in particular makes a repeat appearance throughout. All the major locations are included here from Hobbiton, to Minas Tirith and even the epic battle locations are on show such as Helm's Deep and the Dark Gate. Of course they aren’t completely open to explore or heavily detailed but the sections where you are active are suitably padded out for you to have a blast in.

As with all Lego games, the story provides you with the opportunity to follow the main path of the films but also get you accustomed to each character and their abilities before going back through each level in free play. Playing the main quest will unlock characters and abilities for use in the free play mode which sees you hovering up loose characters, abilities and collectibles. In a similar light to Lego Batman 2, LOTR has an open-world element to it meaning that Traveller’s Tales had a challenge on their hands filling the world out with things to do. As part of this new open setting, civilians and random characters can be helped throughout the world. As part of this Good Samaritan act you will go find missing objects and do something completely new: forge items for people. This is a new feature that replaces the red brick collection seen in old games, now you collect Mithril bricks in order to forge items and equipment. These bricks are collected upon completion of side quests, mini-games or puzzles which you redeem as and when you please. Items that can be forged include boots, armour and weapons all of which can be equipped throughout free-play and can aid you in reaching previously locked sections or finding more objects and collectibles.

So as you’d expect, certain areas are locked throughout the story in an attempt to make you go back through it. Some sections require strong characters to pull handles (Sauron) whilst Gollum can climb walls and Sam can use his tinder box to start fires. The thing with Lego games is that you never feel begrudged in going back and playing through each level several times because there is something new for you to do each time. Something other developers could learn from.

Taking this into consideration it’s hard to put a completion time on this one as it depends entirely on if you just want to play the story once through or go back and obsessively pick up the bits you left behind. I wouldn’t expect someone to get through this in less than ten hours and that is negating the co-op mode which is undoubtedly the best way to enjoy this and any other Lego title. Playing with a partner is much better than relying on the AI as they don’t always pick up on your movements first time and there’s nothing better than some friendly competition trying to collect the most studs. There may well be some arguments over who gets to play as who though because there will undoubtedly be favourites.

What’s more is that some levels play out in tandem when in co-op so when one player is off doing one part of the story, the other is doing something else in another part of the world. For example, when Gandalf falls after fending off the Balrog, one player will control his descent and the second player will play as Frodo fleeing from the Orcs.

Despite the camera splitting in half allowing each player to roam as and when they please, individual movements dictate where the other player can aim their camera should they try firing a weapon or aim at a specific point. It’s not a major problem but when you sometimes find yourself trying to complete a mission specific action and you can’t, it does get quite annoying.

Similarly, there are a few sections where you have to hop from one ledge or step to another and the game doesn’t always detect you have stepped on them fully. This can result in numerous deaths in a row and the loss of precious studs, bringing your count down quite heavily.

Despite these minor niggles, this is arguably the best title in the Lego series to date and, with the recent release of the Hobbit, it is likely to carry on in the form of download content or a standalone Lego Hobbit game. For one, I cannot wait to see which direction they decide to take but one thing's for sure; this game deserves to be in your collection and stay in it for some time.