Learn to love the power of the Chi! 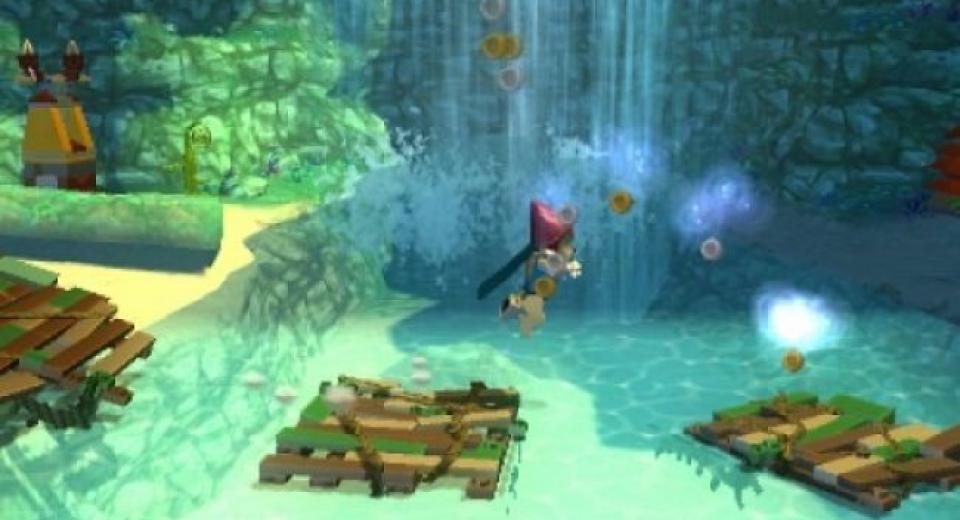 LEGO Legends of Chima: Laval’s Journey is every bit the game you would predict it to be; you break bricks, wrestle with enemies and collect treasures. As far as established mechanics and familiarity goes, everything you expect from a LEGO game is present and accounted for. So with that in mind, how do you take a game that is ultimately the same and make it an evolution from the previous outings?

In this instance, a completely new setting and collection of bricks is wheeled out to complement what will undoubtedly be the year of Chima. LEGO released the latest sets earlier this year, with a new TV series heading our way further down the track. The series follows eleven tribes of animals with some of them making an appearance in this handheld outing. The tribes live by the power of the Chi which keeps the world in balance, until some tribe’s folk look to manipulate the Chi for their own good.

The lion tribe try to maintain the balance and keep the world of Chima peaceful, but when their leader is captured and the Chi starts getting tainted, you must restore the equilibrium. As the title of the game suggests you play as Laval, prince of the lion tribe who looks to rescue his father and reunite the tribes of Chima.

Legends of Chima plays out as a semi-open world title with the main ‘home area’ acting as a hub between the different homelands. This, and the individual homelands, are open to exploration however, with missions simply plonked in a certain section of each, allowing you to jump into them when you’ve done your fair share of discovery. This probably sounds familiar (as it should if you class yourself as a LEGO fan) because it’s a similar experience to the second LEGO Batman title, with just a few more restrictions brought about because of the hardware. The last title by TT Fusion on the 3DS was the prequel title to Wii U’s LEGO City Undercover: The Chase Begins. Whilst it proved to be decent, it wasn’t up to the usual standards of what we've come to expect from LEGO titles of late. Luckily, the problems seen with that release - lack of verbal dialogue and heavy loading times - seem to have vanished having been corrected this time around.

Where all the personality was missing in The Chase Begins, it’s pumped back into Laval’s Journey as all characters are accompanied with voice throughout the entire game. Whilst the voices may not lend themselves towards the adults who play this game, they will more suit the younger gamers out there with their upbeat and enthusiastic tones. Thankfully, they don’t become annoying and you won’t find yourself frantically reaching for the volume switch.

What is really nice to see is Laval’s Journey looking so polished on the 3DS. The console isn’t known for its power to display visual treats or top grade graphics, but it certainly flexes its muscles here. The entire game shines (literally, much like Animal Crossing) and is detailed suitably for the amount of exploration at your disposal. Sure the character models aren’t heaving with detail and may look a little ugly at times, but for a 3DS title you can’t complain about the rest of the game's visuals. With a new series to base things on, it was only to be expected that there would be some additional features brought about with the fresh rosta of characters. Each tribe has their own unique ability and role in each level when they join your party or collect and buy their character tokens. Certain sections are locked away in the early stages of the game, meaning you have to come back to them once you have unlocked all the required characters to reach them. It never feels like you have to return to them, but you'll likely want to in order to get to that magic 100% completion mark.

New abilities are varied, amongst others lion’s can roar to bring down obstructions, gorillas can fish and water un-planted seeds, whilst rhinos can destroy traps and charge at doors and boulders. Of course much of the platforming stays the same with things to destroy and build, traps and dangers to negotiate and tough terrains to traverse. Again, there are a few little changes to the formula with new environmental challenges in place such as some parkour sections where you can wall run or slide under obstacles, and underwater sections also make an appearance.

There are the occasional niggles with the camera as it can be a bit slow to turn around at times when in the open sections, but other than that there are few things to worry about. The controls are easy as you would expect, with combat being simple but satisfying with some new combos available once enemies are dazed. Chi can be used to unleash your powerful animal form which is useful should you get yourself into a tight spot, surrounded by enemies. In what must be one of the rarest of circumstances in all the 3DS’ lifespan, the 3D actually comes into use here as it adds some beneficial depth to certain sections. When passing swinging traps, it’s nice to see them swing towards you, and coins flying across the screen look quite nice too; sure, it’s nothing ground breaking but it’s pleasing to see it actually get some good use.

It’d be easy to scoff at this title for being just another instalment in the LEGO series as, from the outside in, it is. But let’s face it, these games aren’t ones where each iteration will bring with it a revolution or new fancy mechanics, all of them simply refine a winning formula. More importantly, the formula is not really tiring or losing steam. It may, however, not be one that necessarily has a place on the next generation of consoles, in which case we best make the most of these games whilst we can.

The 3DS has been gathering steam these past few months and Laval's Journey only adds to the wealth of titles available for the console. If there were any negatives attached to the game, then you could probably criticise it for being a little bit short as the main campaign can be run through in under ten hours or so. Of course there is heaps of replayability attached to this title once you have completed the story quests, but it would have been nice to have a few more missions to complete to start with. Beyond that though everything is fantastic in Legends of Chima, and it will be a welcome addition to any connoisseur of Lego titles, and one that will undoubtedly keep you coming back to your 3DS.