The Chase is on! 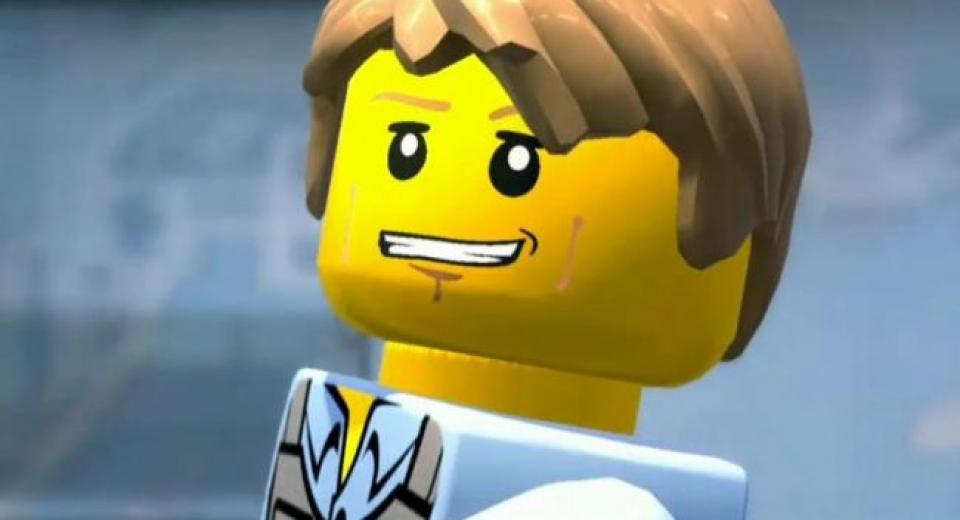 It’s common place now for games to be released on home consoles as well as portable or mobile platforms, broadening the appeal and scope to the ever expanding marketplace. With mobile gaming becoming more popular, and the platforms being more powerful than ever, handheld consoles often see a mirrored experience from home consoles.

With the 3DS however this is not always the case with it being much less powerful than home consoles and offering games of more substance than style or graphical appearance. Whilst not being a problem for the majority of titles, for games that are available elsewhere there is some doubt surrounding their credentials on Nintendo’s 3D platform. Recently Lego City Undercover (See my review here) was released exclusively on the Wii U and an excellent title it was too sticking firmly to the established expectations from previous Lego outings. Serving as a prologue to the Wii U title, The Chase Begins released on the 3DS gives mobile gamers a taste of what is available via the latest console.

For all intents and purposes, Lego City: The Chase Begins is a watered down version of Undercover available on the Wii U. This is by no means a bad thing but in the process of watering this game down to work on the 3DS, the vital parts of the formula have been lost as a result. All the chunky bits of the Lego soup have been sieved out and left you with the little gritty bits that, even though they work well, just don’t taste that good on their own. Yes it may seem harsh comparing the two (with anyone with half a brain knowing the console game would be the better of the two) but with a better version available on consoles, is this worth the time and money? If you haven’t got a Wii U then yes it is worth it because this is still a top little Lego game for on the go. The story follows returning protagonist Chase McCain but this game shows his rise to becoming a cop rather than returning after he left Lego City for personal reasons. It’s not long before you are hurled into your errand running and mission completion as the chief is more than eager to test your skills out immediately.

The city is laid out the same as the Wii U version with some tweaks and removals in order for the game to fit onto the 3DS cart. For starters it’s not as detailed, there’s not as much life in it and most of the destructible objects have been removed in favour of solid non-Lego objects. Buildings have also been tweaked such as the department which is still undergoing construction and the prison isn’t as expansive as it was previously. An eerie fog has also descended on the city which is used to control the unpredictable draw distance which is limited by the power of the console. Some buildings pop in late, cars appear and disappear as and when they choose whilst pedestrians aren’t shy when it comes to walking through objects either.

Being a Lego title, it wouldn’t be too surprising if the game mocked the fact that the fog was used in order to cover the city's shortcomings in the detail department  but there’s very little dialogue at all. There’s not even the signature murmurings of characters of old, unless it’s in a rare cut scene all characters are silent and dialogue is handled via a text box. Arguably, the script is what makes Lego games what they are and without a script the whole thing feels dry, lacking humour and wit. Despite a clear reduction in detail, the game still looks relatively nice and keeps some of its shiny and glistening textures. Navigation isn’t too shabby either with camera control being quite simple and manageable, there are some mandatory camera angles in some sections which can be annoying but they never overstay their welcome. The 3D offers no real advantage in this title and thankfully it isn’t something that you feel forced to have on or something the game encourages as it is perfectly fine without it. Considering you move the console around in certain sections as per with the GamePad on the home console version the 3D is a bit pointless anyway.

The outfits which were available in the Wii U version of the game are still present here with the farmer, robber and a whole host more available in order to explore secret areas as you progress through the game. Exploring the map is restricted in this outing, with certain areas locked until you advance the story far enough which clearly is a shortcoming brought about from the power of the console. It’s not a game killer, but it defeats the object of a sandbox or adventure game somewhat when you can’t explore at your own free will.

Unfortunately the humongous load times still rear their ugly head between when you travel from one area to the next or complete certain story missions. At least the load screens give you time to nip to the loo or make a drink, but it would be nice if they were a lot shorter. Mission length varies quite considerably in this version of the game, with little quests more often than not consisting of one mission. It feels like even the most trivial of things is classed a mission as the game constantly praises you in an attempt to keep you coming back for more like some obedient lap dog. The mission locations seem to mimic that of the Wii U version despite having a separate story and, if you were being harsh, you’d criticise TT Fusion for being lazy for this.

As for the collection side of things it’s business as usual with characters and extra costumes to find along with coins and bricks to collect in order to purchase super builds amongst other things. Scenic viewpoints are scattered throughout for you to find on your travels which contribute to your 100% completion status should you strive for such things.

The Chase Begins doesn't really do anything wrong in fairness and if it weren't for its bigger and better brother available on Wii U then it would be easier to recommend it. As is the case with many 3DS owners, they're likely to own a Wii U as well but if that isn't the case then this comes recommended that bit more. For a 3DS title the game looks pretty good with some of that LEGO shine being present but without the level of detail we're accustomed to and the scripting taken out of it, it feels half-baked. Undercover's biggest celebration was its scripting and humour which, with silent characters, is nowhere near enough to make the game as enjoyable.

But as it is, it's a nice little title with plenty to do and lots to collect if you wish to get 100% completion to match the rest of your LEGO titles. There are new characters to meet and greet and a host of missions to complete which keep some of the creativity from the previous games.