Everything looks better in block form 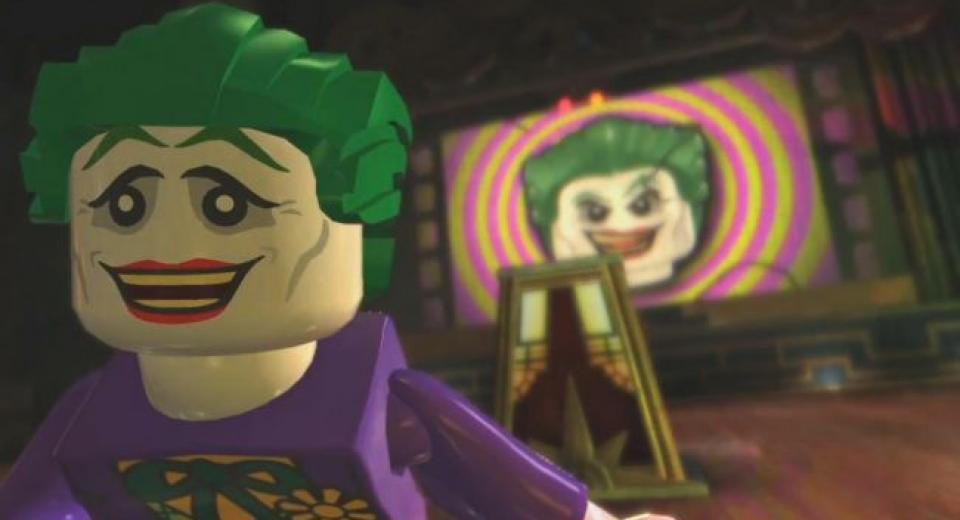 Dinuh, dinuh, dinuh, dinuh Batman! Everyone’s favourite criminal-busting hero is back on console, but not in the same form as he appeared late last year. Another year brings along another Lego title and it’s Batman’s turn to don the spiky cowl and painted-on six pack yet again.

As per usual with these titles, Traveller’s Tales are on development duties after their long strand of previous iterations of Lego games (Harry Potter, Star Wars, Pirates of the Caribbean). Those who follow the series’ will know that Traveller’s Tales always put their own spin on the original story, keeping things fresh and making it a joy to play through. But with as many titles as there have been, has the winning formula started to age and lose its touch.

The short answer for the above question is - no. The long version is - of course they haven’t, Traveller’s Tales (TT) can do no wrong and how can you not enjoy playing a Lego game themed around Batman and his super hero buddys? You see what TT have done so well here is that they have kept what is great about all their previous titles, yet added a whole heap of extra features, mechanics and, for the first time, voice overs for each character. DC Heroes is set in Gotham City and Joker is up to his usual mischief as he interrupts the annual ‘Man of the Year’ award ceremony which Bruce Wayne A.K.A. Batman has won yet again. From there, he continues his spree by releasing all his dastardly companions from Arkham Asylum and unleashes havoc on the city’s inhabitants.

Unquestionably, TT have played their cards right in terms of releasing the title at this time given that a hotly anticipated new Batman film is just around the corner, so it’s fair to say that fans of the Bat will get their fill where they can.

As your adventure unfolds, the number of characters at your disposal increases, as you rely on the powers that they lend to you in certain situations. For instance, Superman is introduced early on in order to help you overcome long distances due to the fact he can fly and all, whilst his laser vision destroys certain objects.

But that’s not to say that playing as the two staple heroes isn’t fun because it is. In fact, it’s massive fun and more often than not you’ll find yourself wanting to be Batman or Robin the majority of the time.  This is only boosted by the fact that they can both change suits once again in order to overcome any environmental hazard they may come across. So when the Killer Moth leaves toxic waste all over the floor, Robin is there to clear it up with his Hazard suit whilst electrical units can be charged or powered down with Batman’s electric suit. Where most of the other games have followed a rigid story and mission structure, this time around TT have been given free rein over how they let their latest title unfold, as the story has been created especially for this game. This lends itself perfectly to the fact that Traveller’s Tales have gone down the open-world route for Gotham City. Whereas previous games had a restricted area to go and choose missions, purchase new characters and cheat codes, Lego Batman 2 grants you full freedom within over Gotham City as new sections of it become available to you.

To complement this open world setting is the bold, new voice-over feature which admittedly takes a while to get used to but it makes perfect sense in this instance. The murmurs of old were humorous in their own right, but having banter between heroes and Joker’s mad spiel makes this game even more enjoyable. Sadly, the voices from Arkham City aren’t in place but the actors involved do an excellent job of keeping things flowing nicely.

One thing that is the same however is the charm and detail put into each level by the developers and their talent to do this has not eased or slacked at all. From neat little puzzles that require specific characters, to easter eggs and tongue-in-cheek moments, Traveller’s Tales know their audience and suit it perfectly. From underground metro madness, to on-rails shooting sequences you will travel across the city to quash Joker’s upheaval attempts and save the day once more. The length of missions has been extended in this title and their quantity is fair with 15 levels to play through, each measuring in at around 30 minutes long. So longevity is not an issue on that front, even if you don’t go back through the game to hoover up loose collectibles.

All the levels are not polished to perfection however as there are some instances where the camera can be very obstructive whilst manoeuvring over some of the environment can be a chore. Given that you lose a number of coins each time you die, it can be frustrating when the same section gets you stuck several times over. Sadly, playing as Superman is not as enjoyable as it should be either, with in-flight controls being more than fiddly both in open and closed environments. Trying to land on a specific spot in Gotham proves to be a lot more difficult than it should be.

The introduction and implementation of other characters is well done though and it keeps thing moving along nicely as it breaks up the monotony of playing as Batman or Robin the whole time. Half way through the campaign Robin does disappear inexplicably, leaving you wondering where he has gone and waiting for his return. A new checkpoint system makes its presence known throughout your adventures too which allows you to leave a mission mid-way through and return to it later when you’d like to. No more restarting all the way from the beginning, you can dip in and out of the missions where you left off.

Boosting its enjoyment factor, the game can be played in a two-player co-op mode just like the games of old which has always added longevity. The camera, much like in single player, does its best to spoil your two player antics by forcing players to move together  in order to achieve certain goals and objectives. Granted sometimes this is unavoidable but there are times where both players are at opposite sides of the level yet their view is restricted because of this.

Lego Batman 2 is an excellent title for both fans of the series and those who have never played a Lego game before. Their one common interest, being Batman and surrounding Heroes, ensures that they will enjoy this game regardless of their familiarity with previous outings. Making this title open world and, for the first time, putting voices to the characters was a risky strategy but it was one that was worth it as it pays dividends for the player. Banter between the Heroes harks to the best offered up by fellow Batman title Arkham City whilst the puzzles and massively replayable levels add to the entertainment factor on offer.