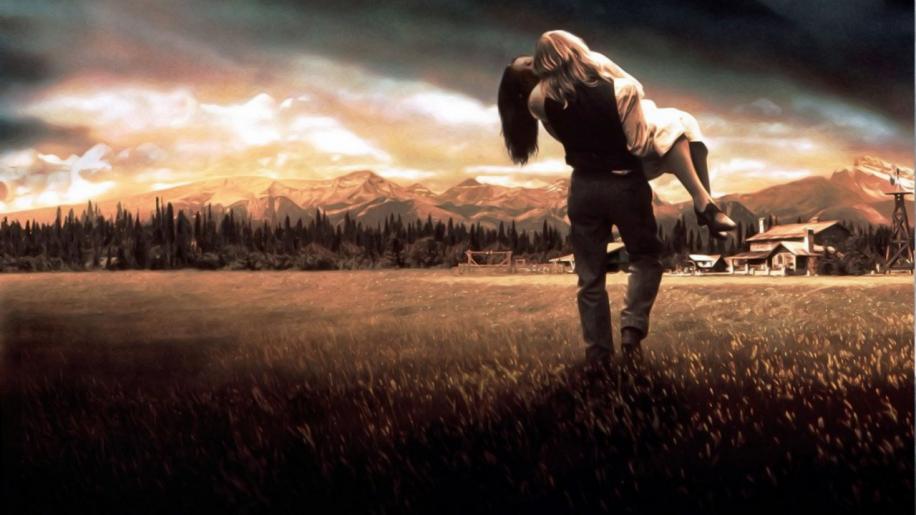 The image is presented as anamorphically enhanced widescreen with a 1.85:1 aspect ratio. The image has been digitally re-mastered and is fantastic - the colours are superb with no technical issues and yet highly detailed. Combined with the stunning cinematography, the image here deserves to make the hallowed “reference quality” grade. The sound is very good too - the movie is mainly dialogue based but when required, such as during the World War I scenes, the Dolby Digital 5.1 soundtrack really opens up and gives your system a workout, with fantastic explosions and bullets flying all around each channel. Not quite Saving Private Ryan but certainly no slouch either. This Deluxe Set doesn't compare with recent sets such as the 4 disc Titanic monster so it feels a bit hollow to use the words Deluxe when you see what is on offer here, but there are some nice touches.

First up, a physical extra - fairly rare these days - is a 24 page booklet. This is more like a theatrical programme rather than an extra in a DVD set because it has a little profile of each actor and the crew rather than providing much detail about the actual film or the story itself. It is nicely produced and would make a decent little read, although like most extras I can't see anyone returning to this again and again.

On the actual disc itself, you have two audio commentaries - one from Director Edward Zwick and Brad Pitt, which is a pleasant surprise as I've never heard a Pitt commentary. It works well, with Pitt almost as the enthusiastic teenager and Zwick as the knowledgeable wise master. Both Brad and I learned for instance that during the fourth months of shooting, there were only 11 days without rain yet you hardly see this in the movie. There are some silences in this commentary but thankfully Brad is present right till the end so he gives value for money unlike some of his A list contemporaries. The second commentary is provided by John Toll and Lilly Kilvert and is more of a conventional technical commentary with Toll being the Cinematographer and Kilvert the Production Designer.

There are 3 deleted scenes, each with an optional Directors commentary which is a feature I like to see. Next up is a standard Production Design featurette (4m41s) featuring behind the scenes footage and interviews with the crew. There is an Original Featurette (5m59s) which is effectively an elongated trailer with a couple of snippet interviews thrown in. There are some filmographies of cast and crew presented as static text and some Isolated Score Highlights which are basically links to scenes in the movie where the dialogue and effects have been removed from the soundtrack so that one can appreciate the music. I personally have never seen the point of this type of feature, but for those who enjoy this sort of thing, it's there for you. Finally there are four previews of other movies - a “best of WWII movies” medley, classic westerns, Seven Years in Tibet and A River Runs Through It Legends of the Fall is a good, wholesome movie - possibly one more for the “ladies”, what with the forbidden love and Brad Pitt at one with nature, but that shouldn't put off the rest of the family as there is a little something for everyone here. The disc perhaps sets itself up for a fall by plastering Deluxe Edition all over the packaging as this is a rather meagre offering compared to recent collector's editions of other films. Forgetting the extras however, the film is good and the imagery is absolutely superb so these should be your main considerations when thinking about choosing this disc over any previous versions.