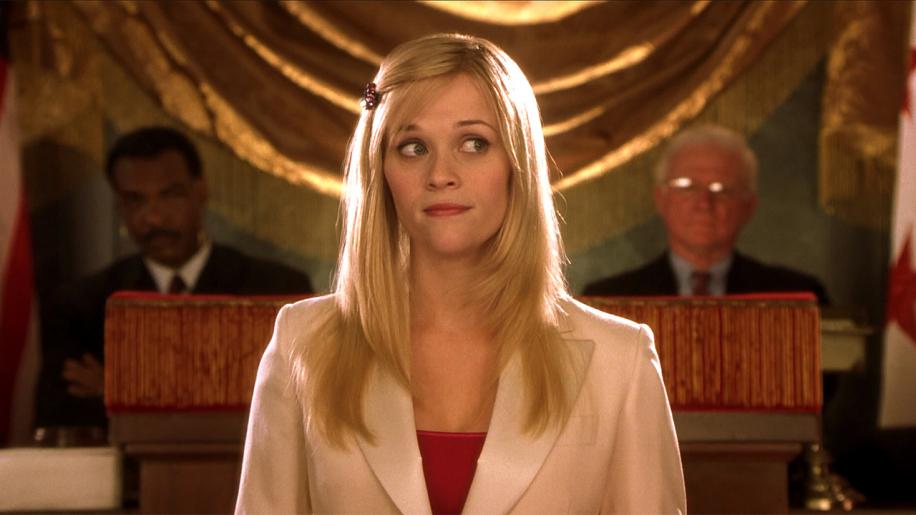 Reese Witherspoon returns as Elle Woods, the perky, bubbly blonde who we last saw defying convention and proving that blondes can have more fun and be smart too. This is a sequel to the 2001 surprise hit Legally Blonde, which saw Ms Woods graduate from Harvard Law School, despite having her heart broken, facing sexual harassment in the workplace and tackling the prejudice of a male dominated society, and all while retaining a simple, enthusiastic innocence and charm.

This movie picks up almost where the last left off. Elle now has a successful job in a large law firm whose clients include a multinational cosmetics giant and she is planning her perfect wedding to Emmett (Luke Wilson), her amazingly youthful law professor fiancée. Problems begin when Elle employs a P.I to track down her pet Chihuahua's mother. He discovers much to Elle's chagrin, that she is a subject at the testing facility owned by the cosmetic company that Elle represents. Busting her out will require a change in the law, so it's off too Washington for Elle, Paulette (Jennifer Coolidge), and the girls of Delta Nu. Can lightning strike twice? Can the combination of air headed sweetness and charm tackle the cynicism of the world of politics?

It is easy to dismiss Legally Blonde 2 as silly, pink, chick flick fluff and I have never been one to take the difficult path, so I am going to dismiss this as silly, pink, chick flick fluff. Let me state here and now, in public that I quite liked Legally Blonde, which was charming, and witty, while tackling topics such as sexism, stereotypes and male dominated environs.

I suspect being a thirty something heterosexual male puts me outside the demographic this film is targeted at, so I feel a little churlish being so critical, my 8 and 10-year-old daughters thought it was cool.

Unfortunately Legally Blonde 2 does not fulfil any of my sequel criteria. It tells the same story, with the same characters, and in the same way, right down to the part where Elle's extensive knowledge of the rights and wrongs of beauty care products eventually wins the day. The story has a smattering of humour, most of which is delivered by the always reliable Jennifer Coolidge, better known for her role as Stiffler's Mom in the American Pie series. But the other actors including Luke Wilson and Bob Newhart are woefully underutilized. The scriptwriters decided that the film required a meaningful moral and on the way forgot to make it funny.