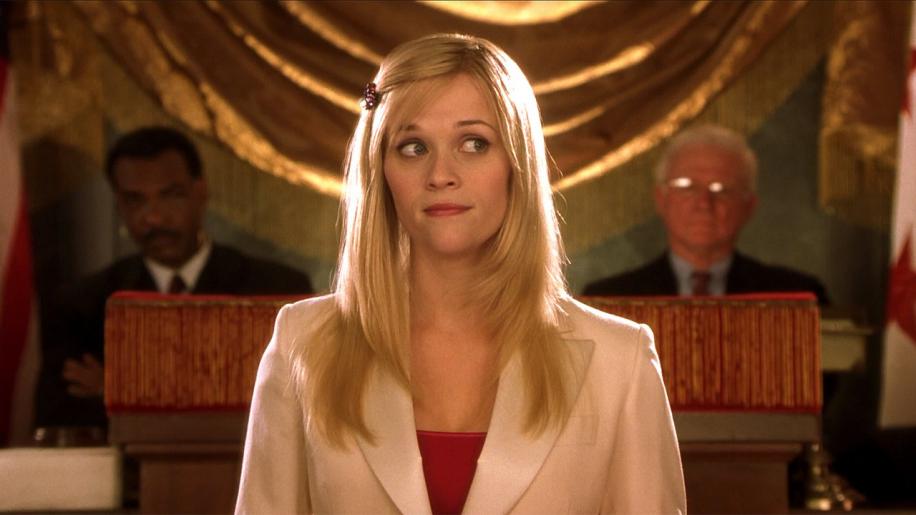 Presented in 1.85:1 anamorphic widescreen the picture is a good example of the current state of play when it comes to a modern, middle of the road movie on DVD. Not having the interest or the audience to warrant large amounts to be spent means it is far short of the best on offer. However, as the movie is not taxing of the telecine transferers art we still get an excellent print.

All scenes are brightly lit with plenty of vibrant primary colours splashed around and no noticeable bleeding. The image is sharp, except when Elle is in close up, when a constant soft focus, backlit (often pink) image is shown. This is clearly a directorial decision but becomes tiresome after half an hour, when she is backlit facing one way, and still backlit having turned through 180 degrees! Doh! Presented in Dolby Digital 5.1, the same could be said for the sound as the picture. It is a dialogue driven piece and therefore has no need for extensive surround or deep bass, which is good because it has neither. What it does have is crisp, clean dialogue locked onto the centre channel with a widening of the front soundstage when the background music kicks in, more than adequate for the source material. Although labelled a Special Edition this single disc DVD presents features that are becoming the norm for a modern movie release. It contains a thirty-minute behind the scenes feature called Blonde Ambition, which talks to director Charles Sherman-Wormfeld, and members of the cast and crew. It's light on detail, but just about manages to avoid the usual “love-ins” that these promotional affairs can become, and does show to what extent even the most mundane shots are becoming dependant on CGI. For example how do you make 200 dogs and extras seem like 1 million? Simple,CGI. What do you do if Luke Wilson is unavailable when shooting the march scene? Simple film him 3000 miles away against a green screen and CGI him in later.

The film also comes with a feature length commentary provided by Jennifer Coolidge, Jessica Cauffiel and Alanna Ubach, all of whom have minor roles in the movie. Listening to these three is torture. There is NOTHING of any value in this commentary. No charming anecdotes, no expose, no insight. They possess no knowledge of the filmmaking process, and apart from Coolidge moaning about how fat she looks on screen and the other two oohing and ahhing over Witherspoon (clearly in the hope of more work in the future), the commentary is a void. I would rather scoop my eyes out with sharpened spoons than listen to it again.

Making up the rest of the extras are a LeAnn Rimes music video of “We Can”, behind the scenes stills, a number of unremarkable deleted scenes, and a five minute gag reel, as bereft of humour as the film itself. Finally is the Delta Nu interactive quiz, honestly the things I do for you! Well you will be glad to know I scored 8 out of 8 and am now an honorary member of the Delta Nu fraternity. Legally Blonde was a good movie, but no one except perhaps the studio, needed Legally Blonde 2. It lacks the freshness of the original, exploring the same ground and with nothing new to say. The cast do their best but there is nothing for them to work with.

This film is like a big ball of pink cotton candy you get from the fairground as a kid. One is great but don't buy two, because the second is going to make you sick.