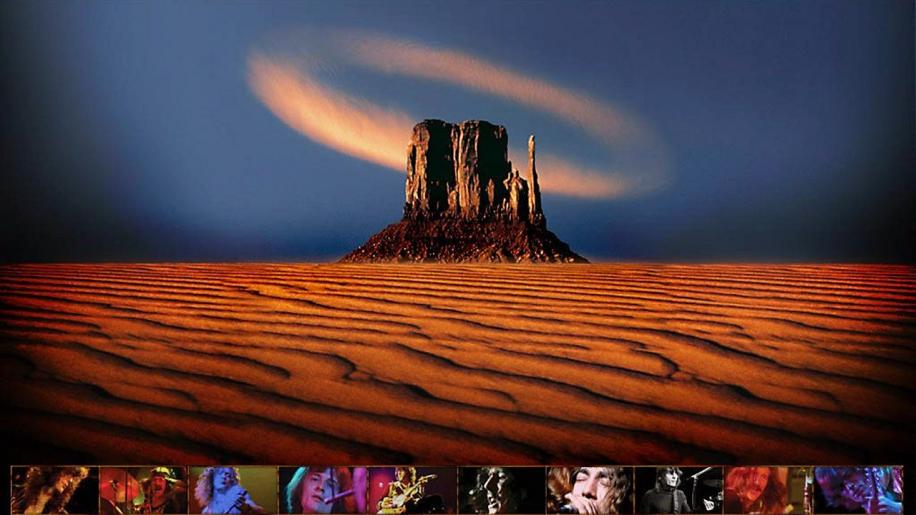 Presented in 1.33:1 full frame the image varies throughout. Because the footage is from at least three separate periods of time, the quality varies as such. Most of the time lighting is not great, giving the blacks plenty to do, and for the most part they are solid. Colours again vary throughout, from rich and strong to murky and bleeding. But then again this footage is over 25 years old and you can't expect miracles, so given that, this presentation is more than acceptable The sound quality here is exceptional! Remixed by Jimmy Page in Dolby Digital and dts 5.1, the sheer clarity and dynamics are first class. Both are excellent tracks, but the dts track has an edge that excels in providing a realistic and enveloping sound, with some fantastic panning effects for those guitar solos. Also included is a PCM track, that is again extremely dynamic and clear. Whatever format you choose to listen in, you have never heard Led Zep sound like this, sensational! Other highlights of the release include extremely rare television appearances, including a performance for Danish television in March 1969, promotional clips, TV interviews, behind-the-scenes material, and even a bit of fan-shot "bootleg" footage. An exceptional band, presented here in all their glory with some sensational surround sound, if you're a fan I don't have to say anything else, if your not, then try this out and prepare to be impressed.