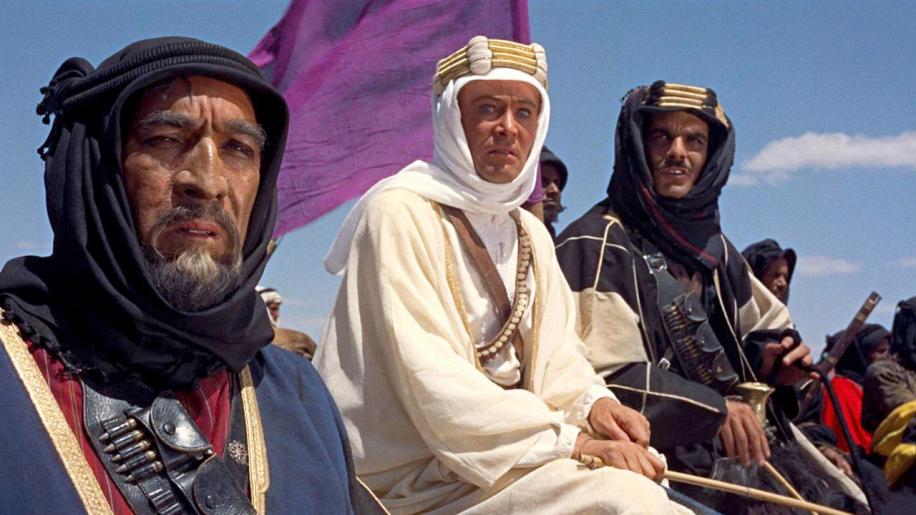 David Lean's epic movie about T.E. Lawrence uniting hostile Arab factions during World War I and leading them against the might of the Turkish Empire arrives on DVD in fine form. The anamorphic picture quality is very impressive, although the 5.1 soundtrack has clearly been taken from the original mono source and sounds a little contrived at times.
One of the reasons for this being a two-disc box set is the length of the movie and the number of additional features Columbia Tristar has managed to source. However, don't assume that you'll find extras on one disc and the film on the other, as Columbia has rather wisely split the film across the two discs. Before you start complaining about being forced to change discs, it is worth remembering that the film does feature an intermission which was part of the original theatrical print, and as such this use of space on the discs actually suits the movie.
As for the extras themselves, you get an original 60min retrospective documentary which looks back at the making of the film and the story which inspired it, an interview with Steven Spielberg discussing how the film influenced him and how he became involved in the restoration process, footage from the film's New York premiere, an archive of maps, photographs and texts detailing the events portrayed in the film, a theatrical trailer, four brief promotional featurettes from the time of the film's production, an animated advertising gallery, filmographies, and DVD-ROM material.