The epic to rule all epics 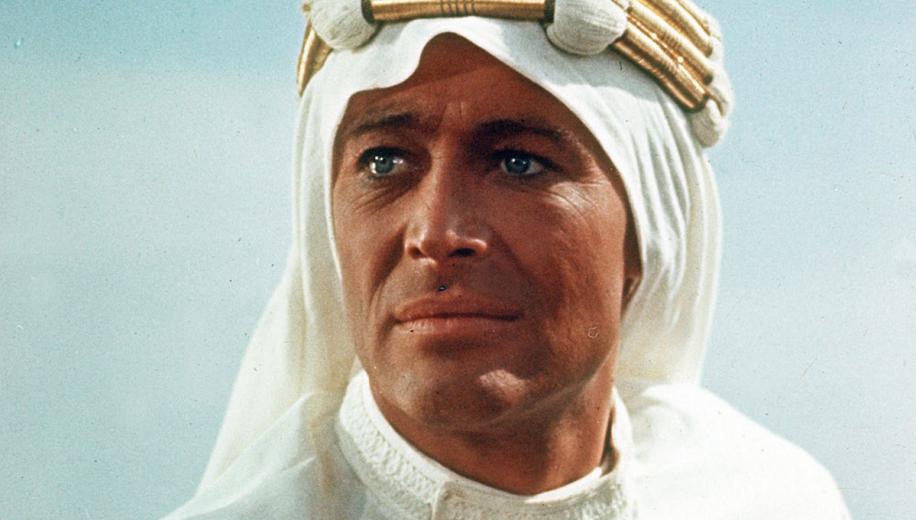 There may be honour among thieves, but there is none in politicians

I had occasion to put on Akira Kurosawa’s masterpiece Seven Samurai (1954) recently and was struck once again by just how great it is. And part of the greatness is its length; running at 3 hours 37 minutes, the narrative has time to breathe, you become invested in the characters, not only the titular samurai, but the villagers as well, so that when the shocking violence starts you are right there, in the moment, you actually grieve when someone is cut down as you have become so emotionally involved. Length, can be a good thing.

Length can be a good thing

Running at 3 hours and 48 minutes, David Lean’s undisputed epic, Lawrence of Arabia, tops Seven Samurai by some margin, and, just as ‘Samurai needs its length to tell its story, so too does Lawrence, and curiously neither feel their length, such is the investment the audience gives. Indeed there are scenes in Lawrence that positively require time; the trek across the desert to Aqaba is a prime example, where the audience is beaten into submission by the sheer verve. And Lean is the master of the epic, wringing out the tension in a film over 3 hours in length is no mean feat, but he nails it every time.

With Lawrence, we are once again in biography territory with all the foibles that entails. Based on T.S. Lawrence’s own writings, Seven Pillars of Wisdom, but veering widely off into fantasy for much of the runtime, upon its release, friends and family of Lawrence disputed the characterisation and many of the events that took place as depicted. But you know what – it doesn’t matter. There is something truly magnificent about Lawrence, something, almost, indefinable. The romance of the story is something everyone can get behind, and with Lean narrating in a truly epic fashion, it is difficult not to be moved. Nominated for and winning plenty of Academy Awards, just like Gandhi, that is not normally an indication of quality, but in this case it really is. The epic to rule all epics.

Never before has an image been so outstanding

Detail is absolute. Everything is pin sharp to the point of photography. Skin texture – pores, hair, desert grime, sweat – is right there. The ornate nature of the British headquarters in Cairo, the richness of the Arab tents, clothing weaves, sand grains (see individual grains glinting in the sun), camel fur, rock formations, check out the distant figures in the desert, the tiniest specks, but solid and keen; the stars in the sky, the horses galloping through the sand dunes, oh heck, everything is blistering.

Add to that the WGC and the HDR and you have something truly, truly outstanding. Skin texture is natural, the depth of colour to clothing, and the crispness of the sand. Reds are standout, see them on the rock formations, and how stark the flags are against the desert or how defiant they are on the British uniforms. Check out also the greens of the foliage, the blues of the sky, the depth of orange to fire, how bleak the desert colouring is - I cannot stress enough just how awesome it all looks – the heat of the explosions, or the sunsets/sunrises (the cut from match to sunset is incredible), the coolness of the night, oh my.

Black level is stunning, there is so much depth to the image, shadow detail is incredible, but it is with the white scale where it really shines – the detail in anything white, clothing, buildings, skies; the sheen of highlights, British uniform buttons, glint of sun on steel, specks of light in eyes - there is no hint of clipping.

And the grain, the grain is so much a part of the image, it is beautiful, giving rise to such a filmic presentation it simply cannot be bettered. Digitally there are no issues, the original source is perfect, and in every way this image is beyond reproach – if we could score 11, this would deserve it.

Note: Film is split into two discs, the break is during the film's ‘intermission’ but sadly it does not pause and allow you to enter the second disc to continue on uninterrupted, the first disc returns to menu with the second disc booting up normally to menu.

The Dolby Atmos track is gorgeous adding such depth to the surround field; this starts right from the off and the musical overture; how deep the orchestra is, not only in terms of bass, but in terms of its position in 3D space, and above it you have the strings – it’s magical. Indeed the separation of the whole track is immense, giving rise to a huge amount of space. Dialogue is well catered for being natural sounding and given all the directionality it needs.

Bass is tremendous, explosions rock the foundations (the first aerial assault, with the bombs detonating off screen is awesome) with gun shots sounding like cannons the sub has a terrific workout; trains, horse hooves etc, plenty to keep the neighbours up. Effects are well realised with both surrounds and overhead channels getting in on the action; the many battle scenes, or for a laugh the echoes in the valleys! The surround track is a perfect accompaniment to the visuals.

Unused International Prologue – New for this release a text introduction that was ultimately unused.

Secrets of Arabia: A Picture-in-Graphic Track

The Lure of the Desert – Martin Scorsese on Lawrence of Arabia, 8 minutes.

A Conversation with Steven Spielberg – 8 minutes.

Maan, Jordan: The Camels Are Cast

In Search of Lawrence

In Love with the Desert – Feature length documentary.

David Lean’s undisputed king of the epics, Lawrence of Arabia, may be mostly fantasy in terms of its titular character and his actions, but the film is completely magnificent – running at 3 hours 48 minutes the length is a positive boon to the narrative; allowing scenes to unfold naturally, giving a true sense of scale to the picture. The whole is epic in every sense of the word; locations, sets, acting talent, design and story – we are unlikely to ever see its like again.

The whole set is almost worth buying for this disc alone

This Lawrence of Arabia 4K UHD is only available as part of the Columbia Classics Box Set. It uses the 50th Anniversary restoration as its starting point but with additional clean-up and HDR giving rise to the most spectacular picture the format has ever produced; incredibly detailed, beautifully coloured with tremendous blacks and outstanding whites; the Dolby Atmos surround track really opens up the sound environment with stunning effects, wide separation and great bass. There are a whole host of extras spread over the UHD and the two included Blu-rays.

This Columbia Classics Box Set has brought together a whole range of films in one ensemble. Each disc has been meticulously restored and all are in native 4K. Simply put this set is amazing, it is a testament to how good the format is when the mastering is done well, and ought to be on the buy list for any serious film buff.