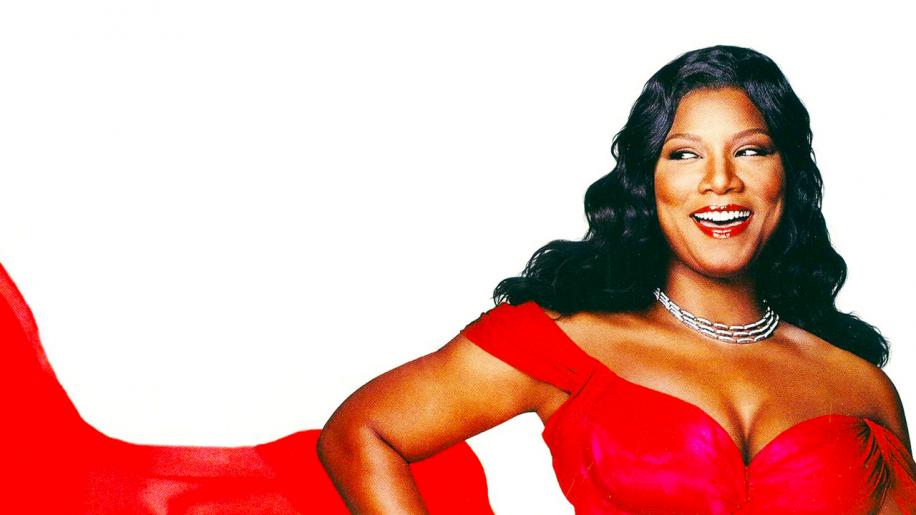 Queen Latifah movies aren't exactly very high on my wish-list. Sometimes I wonder whether they are on anyone's list, but there must be a market for them. Her filmography includes such diabolical productions as the pointless Taxi remake (based on the recent and far superior French comedy), Bringing Down the House and Scary Movie 3, but her fame was really garnered during her hip-hop music career where she paved the way for many subsequent female hip-hop artists. She's a beautiful, charming, highly watchable lady but I do wish she would stop doing cheesy, Hollywood candy movie productions that are often inferior remakes. Based on a fifties movie with almost exactly the same story, Last Holiday is not going to break the remake rule, but will it still be an engaging movie in its own right?

Georgia Byrd is a quiet, shy, thirty-something store-worker who happens to be an excellent chef in her spare time. She's likeable but easily walked-over, attractive but not forward enough with the men in her life. She lives at home with her young son, who has a better clue about how to propel her love life than she does. At work, her boss treats her like trash and her would-be suitor is never given the opportunity to sweep her off her feet. Until now. After a freak accident sees him carry her to hospital, tests reveal that she has something wrong with her brain and only has a couple of weeks to live. Told, rather badly, by the doctors that she has an acute and untreatable case of Lampington's Disease, she embarks upon a journey to do everything she has always wanted to do in life - from bungee jumping to working as a gourmet chef - and in the process she rediscovers how to truly live life to the full.

Last Holiday is pure Hollywood cheese, saved slightly by the fact that Queen Latifah is on board (and perhaps by the presence of one other cast member). It has one of the most predictable storylines that I have come across recently (and that's after having seen Doom) and makes you truly feel like you have gained nothing by the end of the movie. In spite of this, it's not a wholly bad ride. If you sit back and switch your brain off, or better still watch the movie with your missus, then you are no doubt going to find a few moments of entertainment over its 111 minute running time.

Queen Latifah is still an enigma to me, if only because of her name (but then again, why did Prince originally call himself Prince?), but she still has reasonably good screen presence (she is no 50 Cent thankfully) and simply shines in shallow, undemanding but warm roles like this. Watching her blossom from shy caterpillar into free-living butterfly (although some of her actions are downright reckless) is quite a joy, even if you can predict what is going to happen to her every step of the way. Here she is partnered up with plenty of reasonably well-known actors, from SWAT's LL Cool J (another stupid name) to Timothy Hutton (City of Industry) and Giancarlo Esposito (Homicide: Life on the Street), who all do a good job in their limited roles, but it is Gerard Depardieu's Chef who truly outshines the rest of them. Apart from him, the side character played by Alicia Witt offers up a little bit of added humour and empathy.

Last Holiday is not recommended to anybody who has actually watched a loved one endure a debilitating disease that eventually takes their life away, but is perfectly acceptable throwaway Hollywood cheese, a warm fairytale story of living life, finding love and standing up for yourself front-lined by a star who has just the right qualifications to play this kind of part. It is one of those movies where you are likely to know instantly from the trailer whether or not you want to endure it.