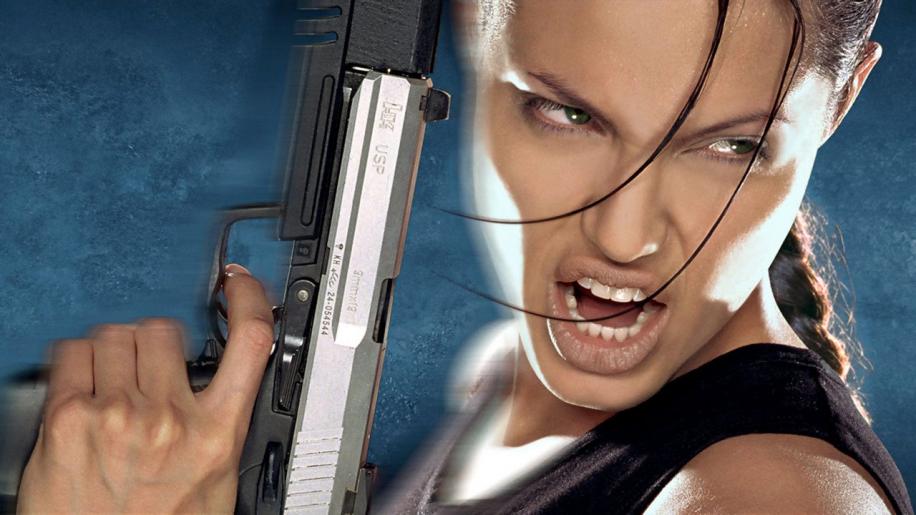 Taking each movie separately, the first movie has superb transfer with colours bright and vivid with no bleeding; black levels are deep and dark with excellent detail throughout. There were a couple of scenes where I noticed a small amount of grain, but nothing that was too detrimental. I noticed no artefacts present, nor did I notice any edge enhancement. In fact, I'd even go so far as to say this is the best picture I've seen for this film (and I've seen quite a few). That's not saying it is reference quality however, as the print does suffer from some minor dust issues which is a shame really, because of it being the best version out there that I've seen. Still, with even the minor print damage, I won't moan too much. Very good indeed!The second movie to me is reference quality, with vivid colours and natural skin tones, superb levels of detail in both close ups and distance shots, solid blacks and no artefacts were noticed. There was no edge enhancement that I could see, neither was there any graininess or dot crawl, for example, the shot at the beginning of Lara on the jet ski had a solid blue sky, without any blemishes whatsoever - very impressive. Close ups of the actors (and there are a lot of Ms. Jolie) show every detail superbly, from stubble on actors chins to pores on their skin. As for the print used, not a single dust speck or scratch did I see, so am highly impressed with this.

As with the picture quality, taking each movie on its own merits, the first movie contains both Dolby and DTS mixes. The Dolby mix is on a par with the original released versions, but the DTS is the one of interest here. For the original movie, the first thing I noticed was the soundstage, which was considerably more encompassing that the Dolby one. Bass, while certainly improved over the Dolby track, is slightly underwhelming compared to others I've heard, specifically the opening robot sequence, where I thought it was going to be a “room shaker” when in fact it was quite subdued. Not sure if this is a positive or not, but I was slightly disappointed, but then compared to the Dolby mix, this is a minor gripe. I also thought that the “Manor infiltration” scene was going to be better than it was, but again it was certainly livelier than the Dolby but not quite the oomph I would have expected compared to other DTS mixes. So to summarise for this soundtrack, better than the Dolby, but I've heard stronger mixes.

So if the first movie was good but could have been better, how did movie number 2 fare? Well, much better in fact. Starting with the Dolby mix, it is truly a step forward in terms of what came before it in the previous movie; however it's the equal of the other Dolby mixes I've heard for this movie, which isn't a bad thing at all. For those who haven't heard it (and without repeating other reviews either) the sound stage is solid here, good bass and excellent use of the rear speakers. However, as this is the only version to contain an English DTS soundtrack, as before this is my focus as this is what makes this version standout. The bass levels are far deeper than the Dolby mix (as good as the Dolby mix is), particularly on the underwater and motorbike scenes. Superb usage of the rear channels, with effects from elephants to helicopters are always present and enliven the sound stage, again with LFE thumping nicely during the action sequence with more presence than its Dolby counterpart. If you really want to hear something nice, the end of the movie “attack” by the tree creatures is not only a great workout for all 5 channels, it is also nicely loud with good bass effects as well. Good stuff for showing off you setup.

Extras for the original movie kick off with the commentary track featuring the director Simon West, which is a tad dry but quite informative for trivia buffs out there. We have a 6 minute featurette called “Forming Lara Croft”, which focuses on the training that Angelina went through just to get in shape, how to fight and how to handle guns. Interesting enough, but you have to admire the actor/actress when they dedicate 3 months just to get ready (just like the primaries in The Matrix). Next up we have “Stunts”, a 10 minute feature highlighting the stunts in the film, such as the “bungee ballet” and the “surfing the beam” scenes. I did know that Angelina did the bungee ballet herself, what I didn't know was that for the beam scene, 2 stunt doubles were going to do it but couldn't due to motion sickness and not being able to stand up on it, yet Ms. Jolie ended up doing it with no motion issues and also being able to stand up. Following this, we have “Digging into Tomb Raider”, a 25 minute making-of meets introspective from game to movie featurette. It is mostly movie heavy, only briefly touching upon the games and the origin of Lara Croft and is quite an interesting prospective but it does duplicate some of the footage seen elsewhere. If anything it is a little gushing towards Angelina, but in fairness, it would seem from her commitment to the role it is mostly warranted. Still, worth watching once at the very least. Next up are 2 Japanese trailers - one for this movie and the other for the sequel. Can I just say the audio on this is superb - better than the main feature in places! Finally you've got the Easter egg, which is the 2 wavy lines under the main menu button. Select this for a mini interview with Jolie and her father, Jon Voight.On to the second movie, of which on disk 1 we have the sole extra of a directors commentary with Jan de Bont, which again is a tad dry but is more anecdotal and technical than the average track. Disk two contains the extras, which kicks off with a 9 minute featurette called “Training”, where yet again we see the training that Angelina endured. May I just say how on earth an actress can stand there with a somewhat bruised eye, explaining that she got hit by a shotgun shell and just laugh it off - definitely a plucky femme. Vehicles and Weapons is a four minute featurette which touches again upon the weapons used, again pointing out that Angelina is a left handed person, so guns needed to be crafted this way, as well as elaborating on the Jeep used towards the end of the movie.

Stunts, a 10 minute feature continues in the same vein as before, where everyone yet again mentions that Angelina does the majority of her own stunts, in fact having to be reigned in on some due to insurance companies saying “No” which is more intriguing that she's game to do it (we're talking the jump off the building here). Interesting stuff, in particular the aforementioned jump - scary! Visual Effects is a 12 minute featurette, which uncannily explains the effects used in the underwater and pod scenes as well as the Petrified Forest at the end. Not too bad as it's short and very basic, but gives you enough information so that you know how it all came together. Scoring is a 5 minute featurette which explains the process of writing the score that is suitable for the movie. It's kind of passé but is sufficiently breezy for a quick view.

7 deleted scenes are included here, all featuring directors commentary and all obvious as to why they were removed. We next have the screen test for Gerard Butler with an off-screen Jolie; it is short and to the point but a questionable inclusion. 2 music videos, one for Korn “Did My Time” and one for Davey Brothers “Hearts Go Faster” are up next, the Korn video featuring Ms. Jolie in an amazingly tight white outfit (the black one's not bad either) - if you don't like the music, you'll appreciate the visuals! Finally we have the Trailers and TV spots for the movie as well as for the Tomb Raider games.Well two average yet entertaining movies, in a nice box set, with DTS being the desirable feature and I have to say that in both cases, the DTS gets the thumbs up over the Dolby, but the first movie does suffer from a weak mix sadly. Having said that the second movie more than makes up for it with a superb tracks and astounding picture quality. Fans of the movies won't need encouragement and neither will the fans of Ms. Jolie especially as she's the main attraction in more than one way. I've said it before, but while these movies are indeed hokum, they are entertaining hokum and as such are enjoyable if viewed as such.