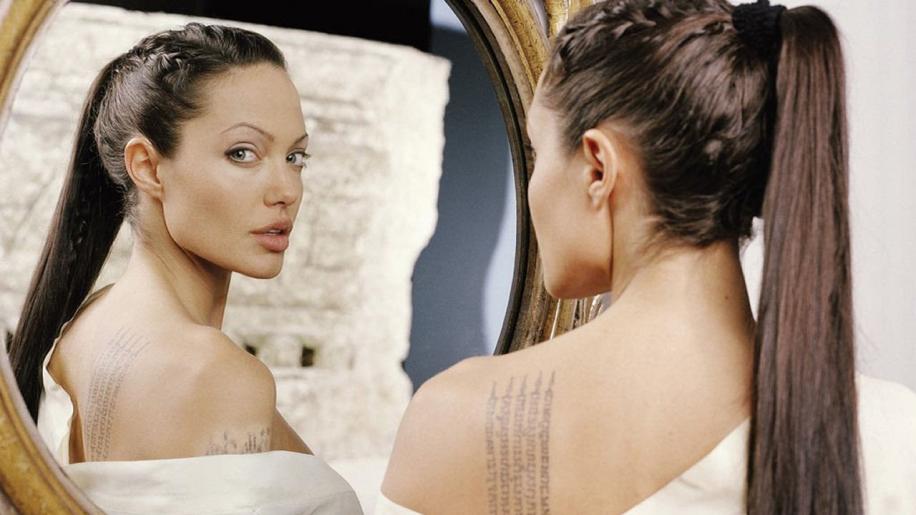 Tomb Raider: The Cradle of Life a.k.a. Phew What a Stinker. The Sequel is the second outing for the console game heroine Lara Croft. Being neither a fan of the original movie nor the games, this film had something of a mountain to climb if it was too make any headway with me.

Directed by Jan De Bont, (who's directing career for me, has been stuck in a pool of mediocrity since the original Speed), was yet another "No-U Turn" sign. Still, not to judge a book by it's cover I gave up 2 hours of my life to watch this latest adventure.

Simply put, as it would be hard to describe the "plot" in any other terms, the race is on to find Pandora's box (no really). This has been lost to time, and all that is known is that it is hidden at a location known as The Cradle of Life, the exact spot that human life began on this planet.

Both Lara and the corporate bad guys chase around all over the world (Indiana Jones anyone) in the hunt for a mysterious globe that is the key to the location of legendary box.

Lara's undertaking of this "treasure" is too ensure that it is never found or opened, lest a plague of unimaginable horror envelops the planet. The villains however, have sold the contents of the box to various parties as a one stop, do the job properly weapon. No concern or care is given to why these parties would use such a thing as, wait for it because here's the clever stuff; the villains have an antidote, which will become readily available to anyone with the spare cash. A clever plan indeed!

This film is terrible, or to put it another way, this film is really terrible. It's so bad on so many levels, that the minute I press the send button to forward this review to the men upstairs, I know I will think of something else that annoyed me about it.

It is, in my opinion, not the slightest bit improved on the original, with preposterous scenario's and outcomes, laughable dialogue, a bolt on ending etc. For issues of quality control check out the opening two minutes or so where Lara joins her comrades on a boat. The ADR is so obvious as to be really, really annoying. Not only does it sound like the cast are standing in a room rather than on the deck of a boat, but the lip-sync is straight out of the Golden Harvest school of dubbing, oh dear oh dear. Jan De Bont, what were you thinking of?