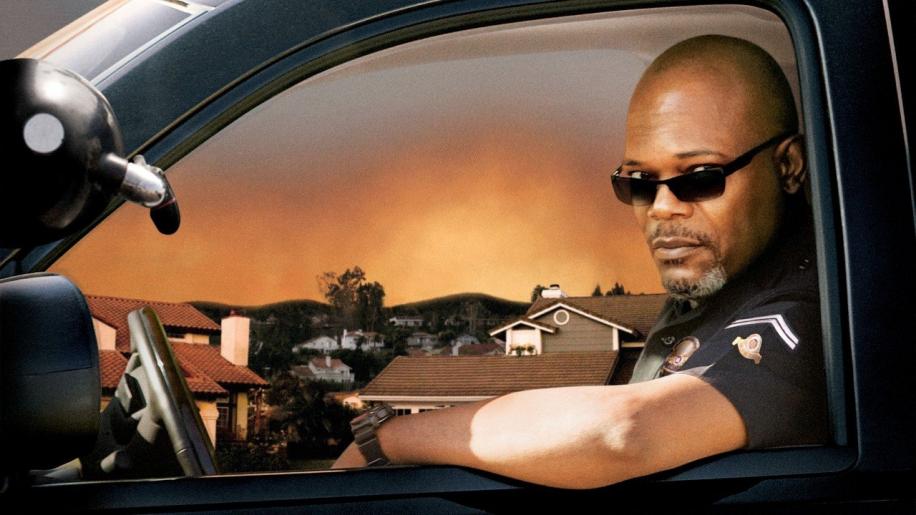 Samuel L. Jackson really hit his stride well into his forties. Having tried to crack into Hollywood back in his twenties, the nineties finally saw him get bit parts in big movies like Jurassic Park and Patriot Games (where, ironically, he looked much older than he does even now), and eventually crack a leading role in the comeback classic Pulp Fiction. A pretty versatile actor, he has successfully pulled off regular semi-comedic heroic roles (Die Hard 3, Long Kiss Goodnight), villainous roles (Unbreakable, The Spirit), out-and-out hero roles (Mace Windu in the Star Wars prequel sequels) and plenty of veteran, mentor-like cameos (the XXX movies, and now as Nick Fury in all the Marvel productions - the Iron Mans, the Hulks and the Avengers movies). Whilst never quite a great actor (he is no Robert DeNiro or Denzel Washington) capable of truly challenging roles, he is always a reliable, decent performer - who can make almost any movie that he is in watchable. A prime example was the fairly recent silly (and now arguably cult classic) actioner Snake on a Plane, which would have been just another c-movie DTV release were it not for his charisma. Not averse to taking on smaller, lesser recognised roles (although many of them have proven to be his least well regarded movies, like No Good Deed, Soul Men and The Caveman's Valentine), he pulled off several different performances in 2008, from villains in Will Eisner's disappointing The Spirit and the decent enough actioner Jumper, to his comedic turn in the aforementioned flop Soul Men (he has never fully pulled off roles in total comedies). Lakeview Terrace completed his quartet of relatively big roles last year, an updated take on 1992's Unlawful Entry about a cop with issues, who uses his position to cause trouble to an innocent young couple.

Chris and Lisa Mattson have just moved to an ostensibly safe close-knit community area called Lakeview Terrace. It is their dream house, and as an added bonus, they have the peace of mind of knowing that their next-door neighbour is a veteran cop. LAPD beat-officer Abel Turner is a widower and father of two, who works hard at his job whilst trying to bring his kids up with the right principles, despite plenty of issues - mostly as a result of his wife's death. A closet racist, his prejudice against interracial relationships becomes evident from the moment he sees his white neighbour bring his black wife home, and pretty soon everything the newcomers do agitates him, from Chris' fondness for rap music, to his flicking his cigarette butts over the fence (so his wife won't discover that he still smokes) to the moonlit pool-side frolic that they engage in to christen their new home. Abel takes umbrage with all of it, initially because he is worried about the bad influence that they are for his children, but soon just because of his own deep-seated hatred. He decides to dedicate his life to making their lives so unpleasant that they leave, and when they realise what he is up to, they - naturally - retaliate, the whole thing soon spiralling out of control and putting their very lives on the line.

This movie takes the psychotic neighbour concept (done perhaps best in 1990's Pacific Heights) and combines it with the psychotic cop concept (done best in 1992's Unlawful Entry). Both painted scenarios where a young, innocent couple get hounded by a crazy man for reasons which are not initially disclosed. Throw in hints of The Hand that Rocks the Cradle and cast Samuel L. Jackson (who is not unfamiliar with themes of escalating mutual maliciousness having done the lacklustre Changing Lanes opposite Ben Affleck) and Lakeview Terrace really is not very original. That said, many individuals may be unfamiliar with all of the aforementioned titles, and as such may find their interest piqued by what is, seemingly, a fresh idea.

Crafted around a reasonably plausible scenario, where two neighbours begin a quarrel which spirals out of control, the movie creates a tense atmosphere - without any requirement for overt action - which is founded on a general unease. What would you do if your neighbour took an instant dislike to you? And what if that neighbour was a cop? Lakeview pitches some very human responses from the victim couple, while positing the malicious cop in a not wholly black-and-white way: his actions may not be excusable, but there is some reasoning beyond his just being clearly psychotic. In fact, arguably Samuel L. Jackson's cop neighbour isn't even psychotic, he's just the kind of prejudiced, bigoted individual who - if of another colour - may have joined the BNP. His hatred of his neighbours' interracial relationship may have its, eventually disclosed, reasons, and may not actually be all that unfamiliar to many couples out there who have suffered at the hands of such prejudice, but it is not quite as fresh a concept as it would have been had his prejudice just been against, say, white people in general. Still it's a relatively nice idea.

Sam Jackson was also perfectly chosen. He's not unfamiliar with tough, anti-white roles (not in a offensively prejudiced way, mind you) in everything from Die Hard 3 (where he teaches his children “never trust white people”) to Black Snake Moan, where he has to contend with Christina Ricci's promiscuous wild thing. Here he has to take it to another level, where his behaviour goes beyond anything excusable, but he allows his character to evolve slowly and methodically, becoming genuine and plausible, and quite frightening. His oppressive performance as Abel holds the whole drama together, although this is partially due to the fact that the other actors are pretty unknown and have fairly limited roles. Watchmen's Patrick Wilson (who looks more Chris Klein here, than Garth Merenghi, like he did in Watchmen) and Last King of Scotland's Kerry Washington (she played Idi Amin's beautiful wife) take the parts of the interracial couple who suffer at the hands of Abel's prejudice, and whilst they both pull off the roles, the fact that the characters inherently need to be underplayed (in order to be realistic) leaves you wondering whether the actors could have easily been interchanged with two other relatively unknown equivalents. The only other vaguely familiar face is Jay Hernandez (typically typecast in films like the horrendous Hostel instalments and Quarantine) as Abel's cop partner. So Jackson really does not have to work hard to stand apart from everybody else and make this film all about him, and it is clear that the movie would have gone totally DTV without him.

Overall Lakeview Terrace - although perfectly well carried-off - was nothing particularly new for me. I had seen it done before, and as it isn't a particularly outstanding movie in any respect - the existence of this new take on the psychotic neighbour/cop routine really only marking new territory with its racial stance. But new generations who have not encountered the previous variations on this subject matter will no doubt find this a perfectly entertaining piece of close-to-home drama, especially with Samuel L. Jackson at the centre of things.