Lady in the Water DVD Review 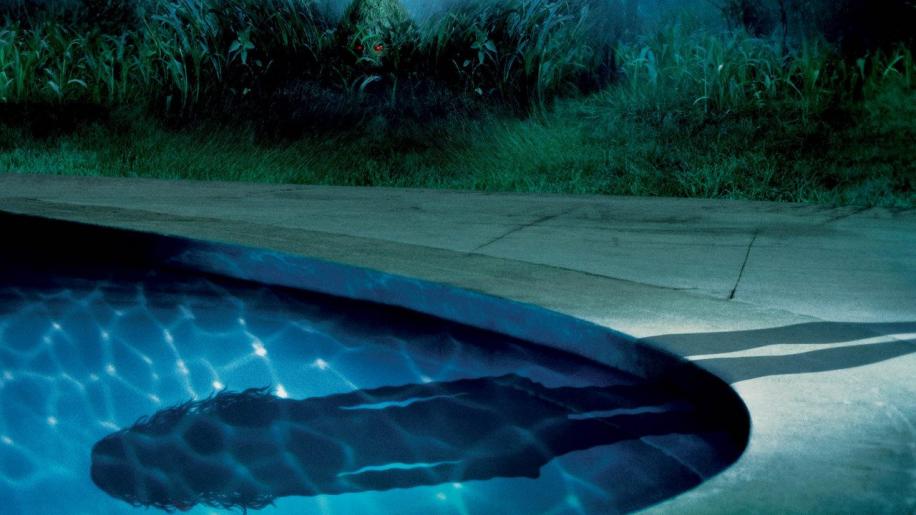 Two sound tracks to choose from and English Dolby Digital 5.1 EX and a French Dolby Digital 2.0 surround sound. The English track is an above average affair if a little on the quiet side, a little volume adjustment can light up the speakers. Effects are limited to the music and ambiance, such as rain and water, and when the rears do kick in it's a joy. Separation is good though dynamically it's pretty tame. The dialogue is clear and precise, even in its whispered tones without any hint of hiss of distortion. Falls short of greatness by a long way, but nevertheless without fault. Pretty tame bunch I though. First up there is a five minute ad, sorry featurette for the Lady in the Water story book narrated by Shyamalan showing his ideas and the artwork of the book.

The main extra is a six part documentary on the making of the film entitled Reflections of Lady in the Water. It scores highly for having almost no padding whatsoever, it is pretty in depth with interviews with nearly everyone involved in the making of the film. One thing I though might be covered was Shyamalan's much publicised split from Disney but alas this was not to be, but what we are left with is pretty good. Fans of the film will get a lot more out of it.

There are some woefully bad quality deleted scenes, which add nothing to the film, along with a 'gag' reel, a few minutes of the crew larking around on set, not my cup of tea.

Bringing up the rear area few minutes of auditions tapes and some trailers. When the credits started to role, my immediate thought was “That was not as bad as it could have been”. Perhaps not a glowing recommendation, but one that sets out an idea that not all is bad, but I wonder if it could have been so much more. As a DVD set the package has a decent enough picture and sound but is let down by some rather soggy extras. The disc presents an anamorphic widescreen 1.85:1 transfer that should be pristine in its delivery. Well, in terms of print quality that is true, clear and bright without any blemishes or grain. Colours are rich and bold, strong blues especially. Brightness and contrast are set to give nice depth to the blacks. Detail is pretty good do, edges are held and it doesn't soften either, even in distance. It's the digital compression that caused me a little concern, there is no edge enhancement, which is good, but there are occasions with posterizaton and some nasty blocking are clearly visible, normally in the darker blues. A real shame because this could have been such a good quality picture.