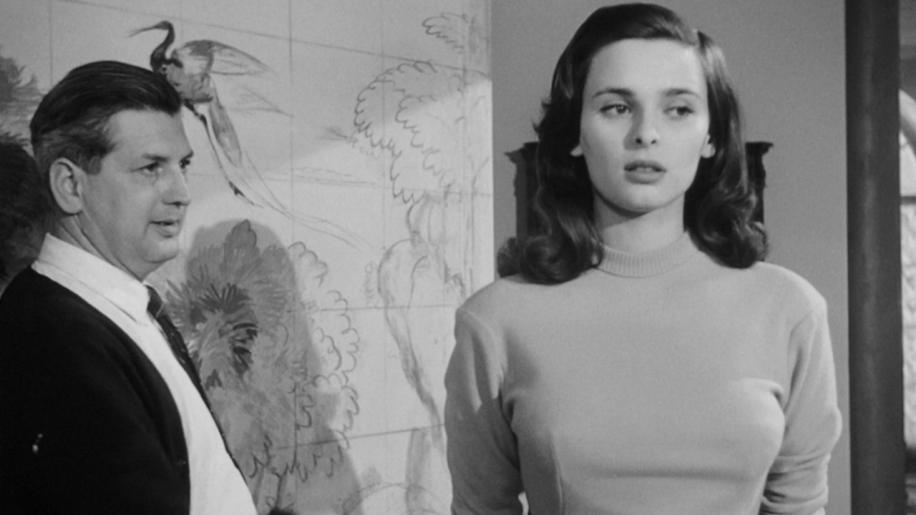 Alexandre “The Count of Monte Cristo” Dumas’s son (also called Alexandre Dumas) wrote a 19th Century novel called La Dame aux Camelias (aka The Lady of the Camellias, or just Camille) which has been adapted for stage and screen literally dozens of times across the decades, including for the Verdi opera ‘La Traviata’, and also as an Italian movie called La Signora della Camelie. Most recently, it was adapted by Baz Lurrman as the Nicole Kidman vehicle Moulin Rouge. La Dame aux Camelias is a tragic tale of a woman born into life as a courtesan (courtesans were ‘girls with camellias’ – the colour of which would dictate her ‘availability’ for her suitors, by relating directly to her menstrual cycle), who falls in love with one of her ‘clients’, but, despite the love being reciprocated, is compelled to leave him because of the damage that their relationship could cause to the reputation of him and his family. Playing around with the title, acclaimed Italian director Michelangelo Antonioni did his very own, loosely inspired, take on the material, renaming it La Signora Senza Camelie (which means The Lady without Camellias) and it remains, to this day, an unusual post-War example of cinematic neo-realism, complete with some insight into society’s struggles with issues of religion, class, and sex.

Clara Manni is a budding young film star, who has done a number of low-budget independent features, but is still fighting for her break through into the mainstream. The male-dominated Italian film industry pulls her this way and that, playing on her physical attributes, but seldom giving her the opportunity to show her true acting talents – if indeed she has any. To make matters were, the producer of her latest movie, Gianni, who happens to be something of a wannabe playboy, has taken a more personal interest in her. In fact, after just one kiss, he proceeds to tell Clara’s parents – without her knowledge – that they plan on getting married. Clara tentatively goes along with it, worrying about the consequences to her career should she say no, but soon she realises that Gianni’s jealousy over her on-screen frolics with other characters may cause a lot of damage, and scupper her career before it’s even gotten started. Will Clara be able to wrestle herself free of the manipulative hands that play her like a puppet?

After the Second World War, an increasingly popular theme in movies – particularly neo-realist spin-off affairs like this – was that of women coming into their own within society. It arguably created its own sub-genre, back in the day. And whilst suffrage may have been successful in the UK and US nearly three decades earlier, Italy didn’t allow women the right to vote until 1946 so, just seven years later, the subject was still ripe for incorporation into a movie about the plight of a beautiful young actress in the male-dominated Italian film industry.

Director Antonioni may be more famous in English-speaking countries for his 1966 hit Blowup, but he’d been making movies long before that, and La Signora Senza Camelie marked his third full-length feature film. Cleverly playing on the original source inspiration by Dumas, he updated the themes and concepts perfectly: how better to replace the novel’s lead role as a courtesan – who were largely ‘kept’, controlled women, and who were so defined by their looks that their worst fear was ageing – than to convert it into an aspiring movie star, a career which, for a women back then (and, to a certain extent, arguably even now) is often dictated by the whims of dominant males, and by the fragile nature of beauty.

Film fans will surely have noted the number of times that a beautiful young actress, made famous by her looks, struggles to break out into roles where she’s finally taken seriously and, even when she does secure such a role, she’s often faced with the fact that it’ll tank at the Box Office, and potentially even put an end to her career. It’s clearly not uncommon in the film industry, and therefore, despite the fact that the movie is well over 50 years old, the subject matter still has relevance to this day.

When all’s said and done, however, the works of Antonioni have never been regarded as all that accessible. Whether from the perspective of your average audience, of even in the eyes of critics and fellow directors, the auteur’s particular style has not always been regarded as effective. Acclaimed fellow director Orson Welles once stated “I don't like to dwell on things. It's one of the reasons I'm so bored with Antonioni – the belief that, because a shot is good, it's going to get better if you keep looking at it. He gives you a full shot of somebody walking down a road. And you think, 'Well, he's not going to carry that woman all the way up that road.' But he does. And then she leaves and you go on looking at the road after she's gone.” Welles was, in fact, talking about the opening shot in La Signora Senza Camelie.

Personally, whilst I did not find that his directorial style was all that obtrusive in this movie, (or – to be blunt – boring, as it arguably bordered-on in The Passenger), I’m still not particular fond of films about films. Whether Fellini’s 8½, Roma and Intervista (or Godard’s Le Mepris) the European – particularly Italian – filmmakers’ fondness/obsession with relating social, cultural and political commentary through stories about filmmakers making films just doesn’t work for me. I understand that a chat on the set of a production, with the camera panning out to reveal the platforms and stages behind the set-fronts, is supposed to symbolically play alongside the ongoing character revelations, but that doesn’t necessarily automatically make the movie great. And, yes, I can see the parallel storylines playing out (here the changes in the Italian film industry itself as the backdrop to the search for identity within the protagonist) but that does not make the movie, as a whole, any more worthy. Or any more watchable. I would argue that some of these productions are overrated – more about the self-indulgence of the director than about giving the audience an experience.

La Signora Senza Cameliethankfully falls back on the performances – with lead actress Lucia Bose (who had previously worked with Antonioni on his first feature film) captivating as the often-confused, sometimes easily led, sometimes headstrong Clara, who’s pushed this way and that throughout the proceedings. First they want her to be more sexual, because that will appeal to audiences; then, after her controlling husband starts to get jealous of this kind of depiction, she is compelled to take more ‘serious’ roles, which result in massive box office failure – and subsequently see her ostracised. Bose captures the varying moods perfectly, often appearing more like she is experiencing what is going on around her as a voyeur rather than a participant, helpless to change what’s happening to her. It’s almost as if she can’t stop ‘acting’, performing not just on set but also before her husband, her bosses, and even her family, and somehow losing her own identity in the process. When she eventually figures out what she wants, will it be too late to get it?

Antonioni went on to explore the same themes of identity, and loss thereof through performance, in a number of his later, arguably more famous movies, like L’avventura, La Notte, and The Passenger, but this is a perfectly good example of both his talents as a director, and his observations on those themes. Accessibility will always be a problem for Antonioni’s work, but if you do accept his genius/eccentricities, you’ll likely find some interesting stories, complex characters and great performances, all wrapped up in a symbolically ripe package, colourful with its expressive palette, and personal but poetic in nature. I have to say that even my affection for his work seldom extends beyond Blowup and Beyond the Clouds, and that I have little time for his more navel-gazing efforts like his segment of Eros, and probably won’t revisit The Passenger anytime soon, but my admiration of his work does encompass other movies like La Signora Senza Camelie, and whether you’re familiar or not, I think there’s plenty to be gained from investigating this movie.