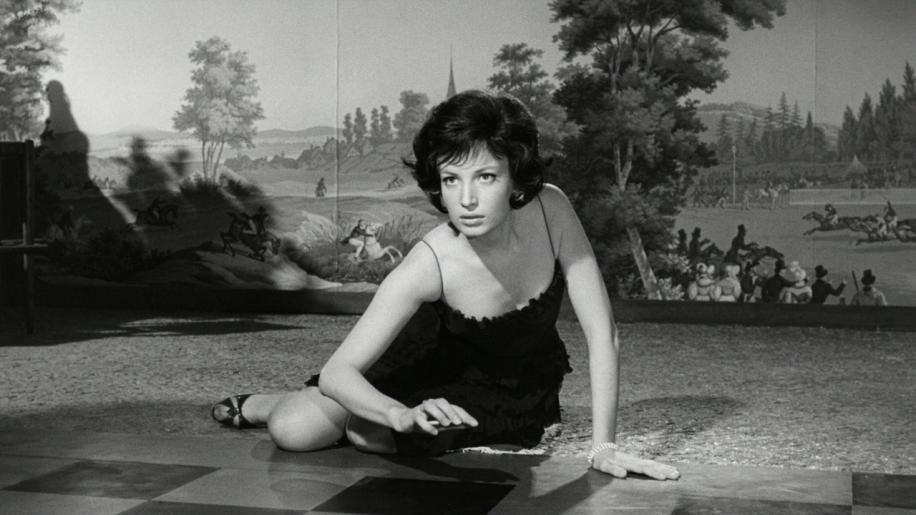 La Notte (The Night) is Michelangelo Antonioni's (L'avventura, L'eclisse, The Red Desert, Blowup, Zabriskie Point and The Passenger) look into a middle class way of Italian life back in 1961. It's from a time when the pace of life moved at a far slower pace than what we experience today and where relationships of love, passion and companionship between couples needed a truer devotion and passion to survive.

The movie is a stylistic evolution of early 1960's cinema and has been referred to as one of the masterworks of that era. Filmed in black and white the cinematography captures the essence of bygone days beautifully.

Gianni di Venanzo was responsible for the filming and each and every scene has an incredibly artistic feel to it. Whilst the movie is set in Milan it could have been set anywhere in the word. The lack of semantic sounds, the composure of the cinematography and the involvement of the actors give a real meaning of class to this film. In many ways it shows the class of a time where both the quality and value of life appear so much better than it is in comparison to today's generally throw away society.

The film essentially revolves around the complexity of the waning relationship of a writer Giovanni Pontano (Marcello Mastroianni) and his wife Lidia Pontano (Jeanne Moreau) and the innocent involvement of Valentina Gerhardini (Monica Vitti) between the two. La Notte is basically a single day and night encounter of this intellectually challenged and complex three-way affair.

The film begins with Giovanni Pontana and his wife Lidia visiting a close dying friend Tomasso Garani (Bernhard Wicki) in hospital. The sombre and measured tones of the film are set from early on and the unravelling of the complexity of the main characters begins with how their sympathy lies with their dear dying friend. You realise soon after, that the relationship between Giovanni and Lidia is of a couple facing a mid-life crisis, revolving around a loss of passion for each other. It's not a philandering affair but the relationship is failing from an intellectual exhaustion of each others company.

The story then leads straight into a wonderful 20-minute sequence where Lidia Pontano wanders the streets of Milan. It's almost a voyeuristic on-look from a person who is aimlessly wandering about a city. She is far more pre-occupied in her thoughts than considering where she actually is at any one time. It's a fascinating sequence that is quite composed, entirely intriguing as well as full of irony at the same time. From the back street brawls to a child in a slum crying, an old woman eating ice-cream through to a bunch of delinquent kids lighting fireworks in a park. It's as if by witnessing all these things that Lidia is attempting to console herself with the fact that her relationship with her husband is failing.

Giovanni Pontana is considered an intellect and a writer. Whilst Lidia has been out wandering the streets of Milan he has spent his afternoon at the launch of his new book "La Stagione" (The Sleepwalker). On his return home he anxiously awaits the return of his estranged wife. Now, on the face of it the film addresses that he is the intellect. However, you do eventually come to realise that it is actually his wife Lidia, who has the deeper understanding and appreciation of the circumstances that they are both facing.

It is at this point in the film the meaning of La Notte (The Night) comes into play. Giovanni and Lidia as a couple had generally been spending the majority of their evening pastimes indoors in each other's company. However, on this occasion, on this day they decide to go out into the city. The evening begins with a visit to a bar where they are tabled and entertained by a mesmerising exotic dance. I can imagine that this sort of thing would have been considered unacceptably erotic and censored in days gone by. However, by today's standards this would simply be considered as being mildly artistic. The dance by the exotic lady involves a full wine glass, some extraordinarily supple moves and is set to to some wonderfully seductive music

The Pontanas' then move on from their early evening entertainment and head onto a party held by a certain Monsieur Gherardini who is a wealthy Milanese property magnate. The whole evening unfolds in opulent 1960's fashion and is full of the many extravagances of the Italian chattering classes of that time. The party lasts all night and remains a thoroughly cultured affair throughout. The story at this point also begins to revolve around Valentina, the young daughter of Gherardini. She holds the attention of Giovanni Pontana like a moth to a flame. The feelings begin to show a level of mutuality between the two but Giovanni's advances are nevertheless reciprocated in a rather lady like fashion by Valentina.

The simmering feelings throughout the evening set up and lead to a wonderfully subtle finale. A three-way encounter ensues with Lidia Pontana, Valentina Gerhardini and Giovanni. The whole thing echoes volumes of the maturity needed to handle issues involving fidelity (or infidelity)and relationships. Conversation is not entirely necessary where there is a mutual understanding in evidence. It's here that the three of them finally realise for themselves, that should they continue in this manner, they are likely to go wrong.

In all, La Notte is quite a wonderful look into middle class Italian life back in the early 1960's. In many ways it's simply a look at the complexity of a relationship, companionship, attraction and the complications that can ensue as a result of familiarity. These issues are the foibles of human behaviour and as such are timeless, spanning across many an era. To err is to be human. La Notte is essentially as timeless as the human issues it addresses.