A vibrant and entertaining musical to banish the blues 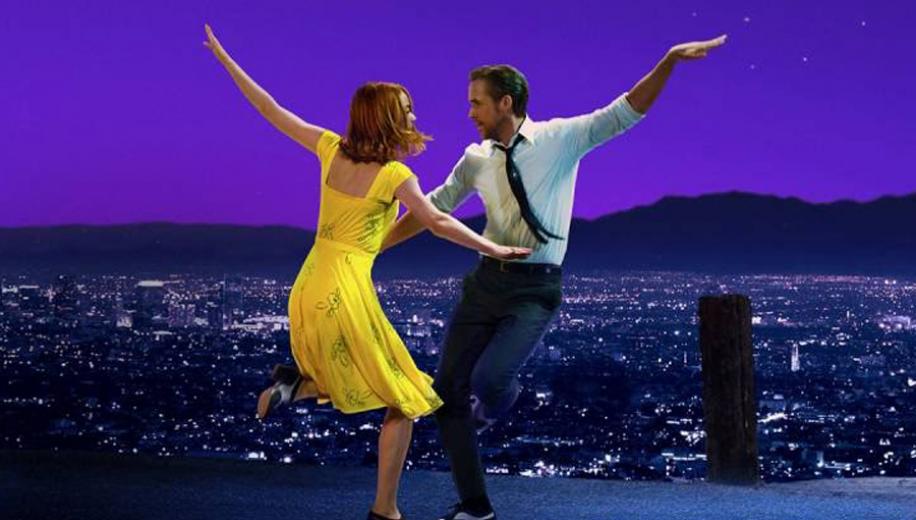 Damien Chazelle’s homage to classic Hollywood musicals is whimsical, beautiful and the perfect antidote to everything going on in the real world.

At a time when the world is essentially going to hell in a handbasket, escapism and joy are in short supply. Enter Damien Chazelle of Whiplashfame and his ode to the Hollywood musical, La La Land. Winter blues, post-Brexit blues, post-US election blues – escape whatever blues you have and indulge in two hours of classic Hollywood reimagined. If you’ve seen Crazy Stupid Love or Gangster Squad, you’ve already experienced the glorious chemistry that Emma Stone and Ryan Gosling share on-screen.
This, plus some great new songs, stunning camera work, lively dialogue and some proper heart-warming nostalgia all combine to propel La La Land into the tradition of great modern Hollywood films. Are there more serious films to be considered this awards season? Yes but La La Land deserves plaudits for its unadulterated romance and joy. It’s come at the exact right time for its audience, and a reminder of what film can be. It’s a love letter to Hollywood and the resurgent art of the musical. Mia (Stone) is an aspiring actress who meets Seb (Gosling), a jazz musician looking for work. They have a classic blossoming romance until their careers get in the way. The film is punctuated throughout by excellent musical numbers, showcasing both the leads’ talents. John Legend makes a strong cameo appearance as musician Keith, while J.K. Simmons is characteristically great as a strict club owner, knowingly harking back to his Oscar-winning performance as the harsh music teacher in Whiplash, but the film belongs to Stone and Gosling. The pair have already been awarded Golden Globes for their performances, and look likely to be honoured at the Academy Awards next month. They’re perfectly cast as Hollywood old-soul dreamers, and are able to embody the wide-eyed wonder and deep-set cynicism of would-be stars stuck in a rut perfectly. Famously, La La Land was originally going to star Miles Teller and Emma Watson; as interesting as that would have been, Gosling and Stone are pitch perfect and make this as beautiful as it is.

The film’s one-shot virtuoso opening sequence – a traffic jam that spins out into a full-blown musical number – is a testament both to the ambition and skill of Chazelle’s filmmaking, and the soulful and unapologetically romantic film that’s to come. The film’s shot in CinemaScope, and it’s reminiscent of all the classic Golden Age of Hollywood musicals, with a bit of French New Wave thrown in. There are bits that are a reminder of Jacques Demy, bits that are reminiscent of a Gene Kelly musical, and bits that are so beautiful that they seem right out of an art gallery. Chazelle’s use of colour and sound sweeps the movie along, and allows even the wide-screen frame to feel incredibly intimate. As we saw in Whiplash, no one can shoot a band scene quite like Chazelle, and all the scenes featuring music are intensely real, and exciting and vibrant.


Come for the dazzling lead actors, stay for the brilliant direction and relatable script

There’s a lot of cheese, a lot of cliché, a lot of romance. Some people will probably find it a little saccharine, and some will dismiss the film as Hollywood-luvvie fluff. But there’s more to La La Land than meets the eye. It shares lots of similarities with Whiplash, from its love affair with music to its stubborn lead character(s) to its plotline about becoming an artist. It’s about Los Angeles, yes, but it’s a big broad narrative about dreams, and careers, and relationships and identity. Stone and Gosling play with all the emotions under the sun as their characters fall in and out of love, experience triumph and heartbreak and try to follow their dreams.

Come for the dazzling lead actors, stay for the brilliant direction and relatable script. The music, by Jason Hurwitz, is stunning and you’ll be whistling the tunes long after you leave the cinema. Even non-musical lovers will find something to like in La La Land, and the Hollywood awards community certainly will. A film about dreamers and artists that’s powered by music – this is cinema looking back fondly at its past and celebrating all the great things about the movies. A really lovely celebration of the musical and everything Hollywood has to offer.