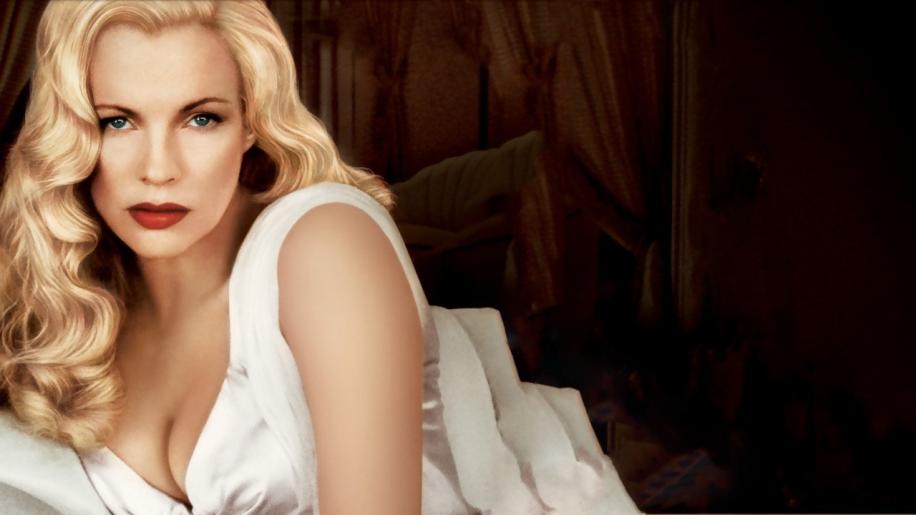 L.A. Confidential is presented to us here in the original 2.35:1 aspect ratio, anamorphically enhanced. The picture on the whole is a nice print, nothing too spectacular and sometimes a little soft. Some noise is shown in the lighter areas, specifically on some of the cream walls shown on screen. Dark areas, of which there are many, show no crush and adequate enough detail. Colour is somewhat subdued, fitting the period in question. However this is interspersed with glorious swathes of technicolour shown in dresses, gardens and some of the parties.

The main feature is presented in 384K English Dolby Digital 5.1. Other languages include 384K French Dolby Digital 5.1, 384K Italian Dolby Digital 5.1 and a rather unusual 384K Dolby Digital 5.1 track that only includes the movie score. Narration and dialogue is the main stay of film-noir, even updated noir as L.A. Confidential undoubtedly is, and as such most of the action is presented to the viewer through the front set. Panning between left and right is effective and the centre holds up well with the copious and important dialogue form all the characters. One scene exhibits a little muffle but apart from that all the speech is very clear. Surrounds are used sparingly, the odd piece of traffic and some fight scenes. However it is wonderfully used to great effect in a shoot out with ricochets bouncing all around, and footsteps wandering from speaker to speaker so you can actually hear, although cannot see, where the people are moving to and from.

For a single dual layer disc this come with a respectable number of extras.

Explicit photos: a still image of three other discs the viewer might like to watch, no trailers.

Confidential Roll Call: a text based menu driven list of the actors showing a very short biography of each.

The Lowdown on the Movie Makers: Similar to the above but with regard to the people who were behind the camera as opposed to in front of it.

L.A. Mod Scene: A short biography of the real life mob characters that populated L.A. at the time.

Just Can't beat those 1953 Prices: An unusual extra, a list of goods and services on sale at the time and what they would have cost then.

Awards: A list of the plethora of awards L.A. Confidential was nominated for and those which it ended up winning.

All of the above are text/graphic based.

Extra! Extra! Reel Shocking Evidence which follows is the subsection with trailers and short documentaries.

The L.A. of L.A. Condifential: A clickable map showing the various scenes within the movie and where they relate to in Hollywood. Some interesting facts but it wears thin after a while. Presented in true Dragnet fashion.

T.V. Spots: 3 American TV spots were the film would have been advertised, mini trailers. 1.33:1 Dolby Digital 2.0

Off the Record - Behind the Scenes Featurette: A wonderful piece presented by the director Curtis Hanson detailing how he went on his journey of getting L.A. Confidential to the big screen. Others to appear are the author James Elroy himself, his co-screenplay writer, Brian Helgeland, the producer Arnon Milchan, and a variety of the cast. You can plainly see and feel the enthusiasm shown by the main players for this film, their desire to get it to the screen and the knowledge once it was complete that they had made a success. Some early screen tests are shown for Guy Pearce and Russell Crowe. 18 minutes, 50 seconds 1.78:1 Dolby Digital 2.0

The Photo Pitch: In the previous featurette Hanson explains how when seeking funding from producers he never initially showed the script. Instead he showed a montage of photos and images depicting his vision of the film. In this small documentary he reprises this 'sell' and presents it to the viewer. Certainly an interesting selection of images some of which were used in the final production of the film itself.

Soundtrack Promo: A one-minute advert essentially for the soundtrack of the movie on CD. What does come across here though is Hanson's choice of music selected much in the same way that Tarantino does with his compositions.

Alternative Music Only Soundtrack: As mentioned earlier this is a little bizarre. It's the entire film with no vocals, just the soundtrack. Now film noir for me is all about dialogue, all about the interaction of character and plot. Certainly the soundtrack itself is good, Jerry Goldsmith's score is a joy to listen to, but for me it just doesn't fit. By all means listen to it on CD, but for me it made no sense to just have it as an option to watch the film that way.

This is class. First rate screenplay, first rate acting, excellent direction. Everyone should definitely have a copy of this or at least give it the justice it deserves and give it serious viewing. It may take more than one sitting for all of the intricate plot lines to take root, however that's no bad thing. Some will say that some of the actors on their way up, notably Pearce and Crowe went onto bigger things; few however will say they went onto better. A must watch.