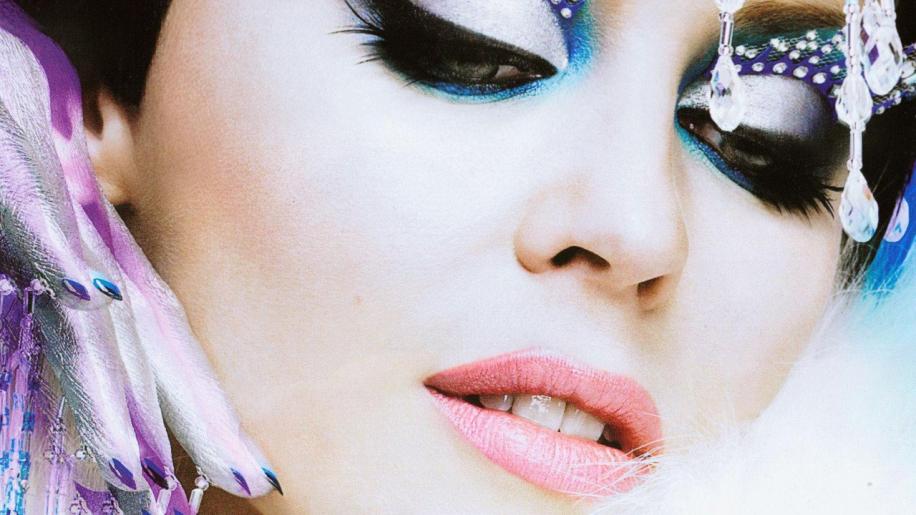 Kylie's Showgirl Concert has been presented for us in a 1.77:1 aspect ratio anamorphically enhanced widescreen transfer that makes it look pretty good - certainly one of the best concert presentations that I have ever come across. The detail is generally good throughout, with only marginal softness, even on the longer shots. There are negligible signs of edge enhancement and there is little apparent grain. The colour scheme is broad and vivid, to reflect the style of the show, but the colours do occasionally bleed, mainly because of the high contrast setting - most of it is a bright, gaudy stage set in a dark, black concert backdrop. Overall, the show looks superb, the best you are likely to get short of being there (and probably with a much better view too). Kylie: Showgirl has been given the deluxe audio treatment with two solid six-speaker surround sound tracks and a stereo effort to boot. The DTS mix is probably the one to go for (if you have the option), but both that and the Dolby Digital 5.1 track sound superb - probably presenting most of her songs here better than you have ever heard them before. The crowd sounds brilliant, cheering out of the rears to make you feel as if you are really there amidst the action. There is even a little bass thrown into some of the tracks to give them an edge and this is truly some of the best you are likely to hear of Kylie. First up we get a twenty-two minute Documentary entitled Behind the Feathers (which has numerous subtitle options). With plenty of clips from Kylie backstage, interviews with her and her managers and camcorder video-diary style presentations of the various pre- and post-concert activities, this is an interesting look at how the Showgirl tour kicks into action. Kylie herself chats about the cost of the feathers themselves, the way in which she wanted to take some nostalgic tracks and give them a modern edge and the superb support she had from her crew. Perhaps it is not quite as good as a dedicated interview segment with the showgirl herself but fans of her are still likely to lap up this behind the scenes material up.

Screen Projections is a collection of key backing video projections that were shown during the concert, including those for the tracks Shocked and Red Blooded Woman. Shown split-screen with footage from the concert itself, you get a clear picture of what was being blasted from the screens, mostly including key phrases, smiley faces and some truly gaudy images. Still, it is quite a nice extra to have on the disc, totalling about twenty minutes of extra video footage.

I would not normally mention the DVD ROM material as it is not accessible through your standalone DVD player, but this disc does have a nice selection of photos from the concert, four background screens for your computer and a couple of screensavers. I'm sure that there is a soft spot for Kylie in most people out there and this full concert DVD does a reasonably good job of summing up the reasons why. With her best tracks presented in all of the visual and aural glory that you would like them in and a couple of interesting extras to round off the disc, this is simply a must-have for fans of the beautiful little pixie.