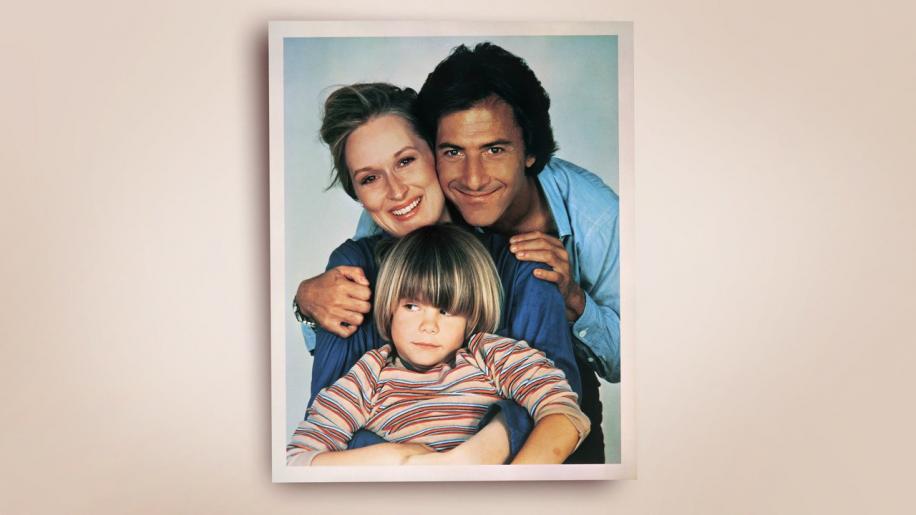 It's possible many people reading this review will be unable to remember the original 1979 release of 'Kramer vs. Kramer' , due to not being born. Not only do I remember it (because I'm old, according to the young shavers of today), but I also recall showing it on a big screen in a Town Hall in Scotland, just after it had picked up Oscars for Best Picture, Best Director for Robert Benton, Best Actor for Dustin Hoffman and Best Supporting Actress for Meryl Streep.
I remember thinking that if I'd had the foresight to buy a bulk lot of Kleenex tissues, then I'd have made a small fortune.
It is also possible that said 'youngsters' may consider this a 'woman's picture', or to use the modern equivalent, a 'chick flick', and therefore not their cup of tea; however, to do so will mean missing out on a master class of acting by two professionals at the peak of their careers along with a little boy called Justin Henry - who is still the youngest actor to have been nominated for an Academy Award.


They're going to miss out on some of the most believable, natural dialogue ever written (by Robert Benton & Avery Corman) in a story that differs from most movies of its type in that it refuses to take sides. Most films that deal with the break up of a marriage slant it towards the child involved. 'Kramer vs. Kramer' shows us the viewpoint of all three characters and makes none of them the 'bad guy'.
The tag line for this movie at the time of its release was: 'There are three sides to this love story'.
We see the two leading characters make decisions they regret and they develop as human beings, learning from their mistakes - and improving.
You could be forgiven for thinking that 'Kramer vs. Kramer' is a heavy, depressing film - but you'd be wrong. There's just enough humour and behavioural observation for it to be involving and therefore for it to be able to reach out and touch us as human beings.
It helped that I couldn't remember (failing memory, incontinence comes next) how the story ended so it was almost like seeing it for the first time and realising how powerful the film actually is.

The storyline starts with Ted Kramer (Hoffman), a workaholic advertising executive coming home and telling his wife, Joanna (Streep) that he's just won the largest account ever for his agency.
She then retorts that she's leaving him and their young son Billy (Henry), as she just can't take their cold relationship any longer.
A devastated Ted struggles with his new found role in life, but changes through his involvement with young Billy, who's missing his mother. After some time, Joanna reappears and decides she wants custody of the child, heralding a court case as Ted is unwilling to lose his son, who he loves dearly. Eventually he loses his high flying job due to the pressures of single parenthood and, in desperation, takes a much lower paid position in order to be seen to be able to provide for his young son in the eyes of the court.

The court case ensues with each side's lawyer 'playing rough' in an attempt to discredit the other party and we see the toll it takes on each character. We see that, although each parent wants the boy, they deeply regret what is said in court and the effect it has on their former partner - so neither party is a monster.
I won't reveal the ending, to avoid spoiling it for anyone who hasn't seen it, but it's not what you expect. I will say this, however, that anyone who doesn't have a lump in their throat at the end has an awful lot in common with Robby the Robot.

The scenes between Hoffman and the little boy are pure magic and the result of a method actor and a raw talent working in an improvisational manner. Justin Henry's parents were asked not to make their son learn his lines so that a more natural response to Hoffman's lead would occur during the shoot.
In the scene where the boy defies his father by eating ice cream rather than his meal and is unceremoniously carted through to his room and dumped on his bed, he shouts:
“I hate you, I hate you!”

When Hoffman's character responds by shouting, “I hate you right back, you little shit!”, it sounds like he really means it. Most parents would probably identify with that moment and the instant regret that follows.


Meryl Streep's portrayal of Joanna, the troubled wife, is very touching and we're made to feel the damage that has been done to her confidence by her self obsessed husband. It's not until the trial she's asked whether she's fit to be a parent, that we see how much he really cares about her. Hoffman's character has been on a life changing journey and he supports her.


The young Justin Henry doesn't come across as false for even a split second, or as a precocious Hollywood child actor. He's so natural in his scenes and this may be due to the chemistry between Hoffman and the boy, but there's also the work of a sensitive director at work here. In scenes where he had to cry, young Henry was told to think of something sad that had happened in his life. Method acting at the age of eight!


They say, 'never work with children or animals'. This is one movie that proves the old adage incorrect - as long as you have the acting talent of Streep and Hoffman.