A retro creature-feature with some killer effects 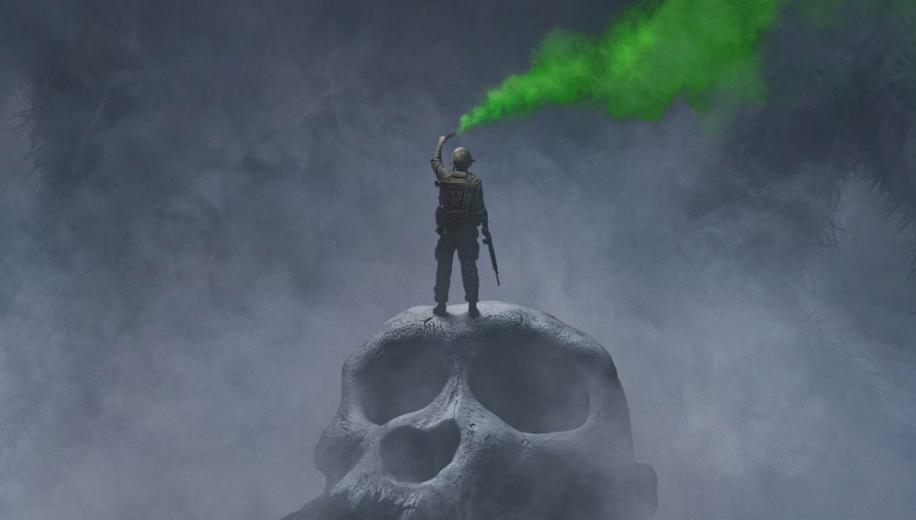 Brie Larson and Tom Hiddleston find themselves stranded on a war-torn primate-inhabited metaphor of an island (as you do) in another spin-off/remake/reboot of the Kong legend.

There have been many takes on the King Kong story since the original film smashed its way on to cinema screens in 1933. The most recent iteration, in 2005 starred Naomi Watts, won 3 Oscars and was pretty well-received. It makes sense then that Hollywood has decided to have another go at it. Kong: Skull Island is set in the 1970s, while most other remakes (including Peter Jackson’s 2005 effort) were set in a similar time and world to the original. The new historical setting, along with the fact that it's set entirely on Skull Island (no skyscrapers being scaled here, folks) lends Kong some authenticity and originality.
This sets it apart from the rest as a Kong film that’s not afraid to set some new rules. The 1973 setting gives the film a great political context even before we get into the ape-hunting, resource-stripping, US-invasion plot. We’re right in the middle of the Vietnam War and Watergate, a political goldmine that the film really makes the most of. John Goodman’s government agent steps out onto Capitol Hill and remarks “mark my words, there’ll never be a more screwed-up time in Washington!” in a line so obviously directed at the current US political saga that even Trump could figure it out. Goodman plays Bill Randa, a government official who puts together a posse of experts to journey to the uncharted Skull Island. He recruits former military man James Conrad (Tom Hiddleston), a lot of mysterious scientists and a helicopter squadron led by expert Preston Packard (Samuel L Jackson) to make the journey, and the group are joined by photo-journalist Mason Weaver (Brie Larson) who plans to expose the whole operation as a political cover-up (more points for topical plot points).

The island is inhabited by a myriad of creatures, and the group soon finds themselves smack-dab in the middle of an earth-shatteringly violent warzone. The landscape is stunning, and forms a fitting backdrop for a historic battle of nature, as Kong and various other monsters go head-to-head. The action is unbelievably outlandish, beautifully realised and at times really, really violent.

The setting is gorgeous and the cinematography is accomplished. It manages to make some gory special effects look strangely beautiful. Cinematographer Larry Fong and director Jordan Vogt-Roberts combine really sharp effects (Kong’s size is pretty much unquantifiable and all the creatures are rendered in incredibly life-like detail) with a rich colour-scheme.


The action is unbelievably outlandish, beautifully realised and at times really, really violent


The action is compelling, and the film’s visuals are great, but they’re let down a bit by clunky and awkward dialogue and some action-movie clichés that are as unnecessary as half the human cast. Jackson’s crazed war-hungry squadron leader borders on the ridiculous, and even though we’ve moved away from the classic skyscraper scene, we still get a little bit of beast-and-beauty as Weaver comes face-to-face with Kong. A lot of the humans are (spoiler-alert) fodder for the barbaric inhabitants of the island, but a bright light comes in John C Reilly’s Hank Marlow, who provides the film with some welcome human-interest and comic relief.

It’s a film that sometimes feels like it’s not sure what it wants to be – it goes between flat-out monster movie, action-packed war-thriller and political satire. The dialogue is clearly a secondary thought to the effects, but this isn’t necessarily a bad thing; I doubt many people are going to see Kong: Skull Island looking for a scintillating script. The film is worth seeing for the visual effects alone – most of the action doesn’t even involve the A-List cast, who almost become an afterthought. Kong and his adversaries are scary, intricate and frighteningly life-like, and completely steal the show from Hiddleston et. al.

A retro creature-feature with some killer effects, Kong: Skull Island is part-political, part-silly, part-action bonanza. It’s a proper popcorn movie, and sets us up nicely for a summer of blockbusters. It’s not monkeying around with the effects, and visually it’s one of the more impressive action-movies of the past 12 months. Of all the Kong films that have been released since 1933, this is possibly the one that feels the most true to the awe-inspiring grandeur of that original ape, and even if the dialogue is basic and the characters are a bit bland, you can’t go too far wrong with Kong.