And to think, it all started with a mouse. 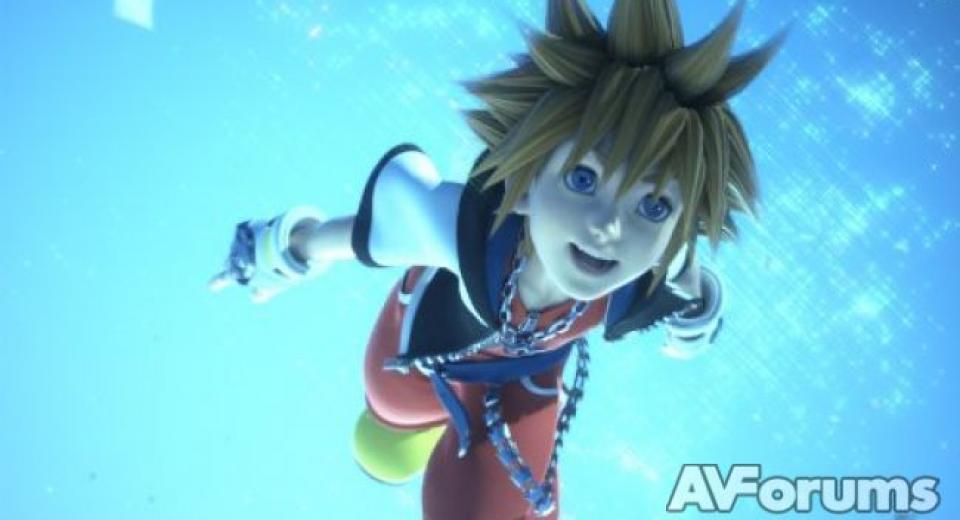 Every system needs a good role-play-game, and though Kid Icarus Uprising represents a layered and surprisingly deep Action-RPG experience, the fundamentals of the game were always skewed towards the former rather than the latter.  You could pore over stats screens and fashion weaponry, but the storyline many want, nay demand from their forays into the genre lacked intricacy or finesse.  To remedy this situation on the 3DS, step forward Kingdom Hearts: Dream Drop Distance.

Coming from J-RPG supremos Square Enix, the series has showcased one of the great gaming crossovers, perhaps the greatest the medium has yet delivered in its utilisation of the Disney universe.  The idea of gallivanting around with Mickey and Pluto may not sound like the stuff of mature games, but the original PlayStation 2 title (now over a decade old) quickly won fans over with its charm, playfulness and most importantly its solid action-RPG mechanics.

It bounced around the Disney spectrum, from the light and fluffy family cartoon characters to the decidedly more interestingly macabre world of The Nightmare Before Christmas.  It was the perfect crossover title that quickly became a best-selling franchise, marrying up the casual and traditional gaming sides of the PlayStation user base and also making the shift to Nintendo’s handheld consoles, a place that many might argue would seem its spiritual home. The latest offering is Dream Drop Distance, a 3DS exclusive, set after the DS entry Re:coded, it follows Sora and Riku as they set about proving themselves in the Mark of Mastery exam to qualify as Keyblade Masters.  A tricky task made all the trickier by the appearance of all round bad guy Xehanort.  If you’ve not played a Kingdom Hearts game, the level of assumption that you’ll recognise these characters, will likely make the early moments a touch foreboding, but not wholly impenetrable.  By following fairly typical characterisations, Square have always been able to welcome in those new, not just to particular series but also the genre, without too much fuss and there are a few “memento” prompts for those either unaware or hazy in recollection.

Obviously many things take on a far more meaningful context if you know the backstory, but prior knowledge isn’t the price of admission to getting something out of Dream Drop Distance.  The Disneyfied nature of it all lends itself to quick identification of who to like and who to fight, with a hint of intrigue strung out for good measure.  The atmosphere is just as buoyant and the design of the worlds just as charismatic as it’s ever been.

The score once again reinforces the central part it plays in setting the atmosphere and the wealth of speech highlights the bridging gap between handheld and home console offerings in terms of what they can include.  Voice acting, it almost goes without saying, is spot on, the series has yet to disappoint on that front and this is no exception. So, if all the atmosphere boxes are ticked, and the art design - half J-RPG half Disney - is still as effervescent as ever, what of the actual gameplay?  Well it’s very much a case of tweaks rather than an overhaul which will be music to the ears of fans.  The Command Deck is back, a quickly selectable array of actions - be they attacks, magic or potions - that appear as a scrollable list.

Varying cool down periods need to be allowed between repeated actions, so it introduces the first elements of tactics and developing divergence in different playing styles.  It’s of an action-RPG nature, quick and easily remedied if you choose the wrong options, but it is this kind of accessible tinkering the game gets right.  There are various types of Command in the deck - Action, Battle, Finishing - and the ability to level up is one of the hooks.  The standard increase in power is there, but also there are extra effects that come with the improved status.

That’s all in keeping with the well worn and much trodden Action-RPG path, but DDD has a few aces up its sleeve.  The Drop Gauge is a neat twist, not just in terms of gameplay but also for narrative purposes.  It is a timer bar that is ever depleting, and in order to fill it you must engage in battles.  Once it has run dry you’ll switch character to either Riku or Sora, whichever you are not currently controlling.  It ties things together in a way that most dual role adventures fail to get to grips with, and after a while it feels less like a jar from one character to another and more like the shift between team members it should be.  It’s not a two pronged quest but more the steering of a single duo to their fate.

If you’re wondering about the name, well the “dream” is a merely a plot point the storyline revolves around, and the “drop” part is a reference to the manner in which you slide from world to world through portals.  You enter mini-levels (or Dive Mode) where the perspective shifts to behind a falling figure, who you must guide to the collection of stars and the avoidance or attacking of enemies. The whole atmosphere is a bit NiGHTS into DREAMS in places, and the new “Flowmotion” system for combat adds to this a bit.  You can slide towards objects and even large enemies and use them as a centrifugal pivot to revolve around before pinging off (or throwing the enemy).  This mix of gravitation and quick flight between enemies can seem chaotic to begin with, but once you build up a rhythm it soon becomes a core part of your strategy.

Dream Eaters make up the final part of this somnambulist universe.  These creatures are both friend and foe; fight them, create them, collect them and level them up.  As you progress, the partnerships between you and the creatures become more important, they can form an integral part of your approach, as they allow for extra abilities and the right selection of creature for the situation - or to complement your style - can ease the burden in a tight spot.

It’s nice to talk about a 3DS title without mentioning poor implementation of 3D and questionable touch screen interface, and that’s because DDD doesn’t go too far into either sphere.  The 3D (especially on the Xl screen) highlights aliasing and is pretty tame, so most may feel the best option is to turn it off.  The touch screen is brought into play at times but is no means a permanent integral part of control, most of your time will be spent with the circle pad and the face buttons.  It’s used for things like “Reality Shift” where objects are highlighted as having other uses that’ll require a stylus prod for flinging barrels or suchlike.

Beyond that, DDD plays it pretty safe on the 3DS, like a gentle evolution, keeping to territory it knows well like weaving a story through myriad recognisable locations and characters.  The Three Musketeers may be instantly at home, but something out of left-field like Tron Legacy lets you know this crossover series has plenty of life left in it beyond delving into the more traditional child-friendly licences. If there’s a criticism it would be the early story’s atmosphere and the camera.  There is a sense in the opening hours that you’re beating a path to being able to warm to the game, the flashbacks intended to help sometimes only hammer the point home that you’re joining an adventure that has a significant back-story.

As for the camera, well it falls foul of the Flowmotion, a more tempered approach may have impacted on the frenetic energy of combat, thus slowing things down more may have been dismissed during development.  The result is a camera that sometimes struggles to give you an adequate view of what you’re attacking, funnily enough usually forcing you to whizz back into Flowmotion so as not to remain a static target whilst you get your bearings.

It doesn’t really matter though, the niggles are forgotten almost as soon as they come to light, thanks in no small part to the dreamy storytelling and focus on atmosphere.  The narrative isn’t necessarily the main draw though, as the locations, colourful designs and use of Disneyfying things are what whisk you along, and it proves a fun journey.

Kingdom Hearts: Dream Drop Distance is another fine entry in the critically acclaimed series.  It asks for a leap of faith into the universe for newcomers, but if you can make it you’ll be greatly rewarded with an Action-RPG that follows many familiar patterns, throws in a couple of new ideas, but no matter the success or failure weaves them all through a charismatic world of wonder.  Creatures, stats and tactics all add depth, but it is once again the atmosphere that defines the latest entry in the Kingdom Hearts series as unique.