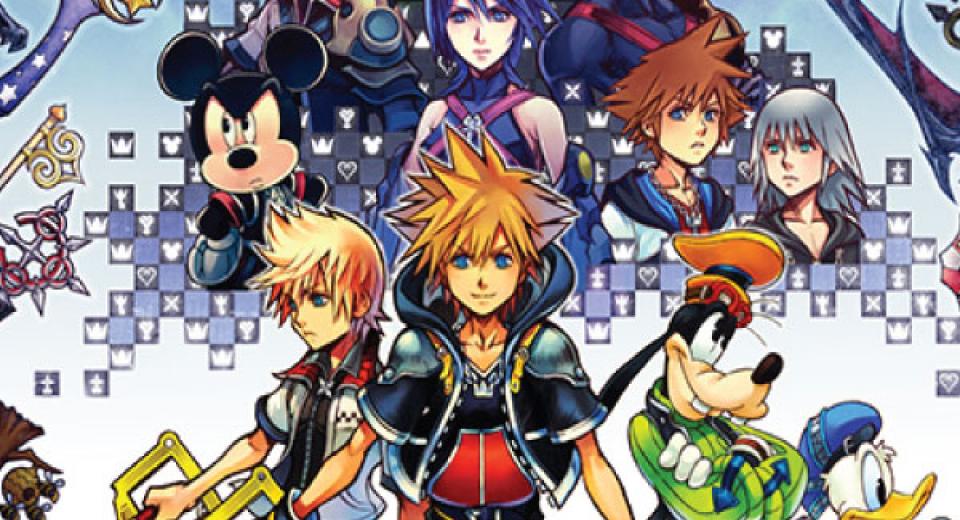 Kingdom Hearts is one of those rare games that can instantly take you back to your childhood and make you feel like young again.

It gives you a warm feeling inside that you don’t often find elsewhere in videogames. In what seems like an odd medley between Final Fantasy and Disney, those growing up with either - or both - of these universes, instantly found a unique game that allowed them to see their beloved characters and worlds in a new light.

Sadly, it’s unlikely that we’ll ever see such a game ever again, as publishers begin to take fewer risks and put their money behind tried and tested franchises. Kingdom Hearts’ casual appearance is deceptive, because behind its cutesy aesthetic and storyline, there is an RPG which can be quite brutal and complex.

Looking at the cult following it's garnered, it’s surprising that we've been waiting so long for the next instalment.

Thankfully, Square Enix has recognised that fans have started getting twitchy, with the series on hiatus on home consoles over recent years. Last year’s 1.5 HD Remix was an absolute treat, proving yet again that Square can pump out worthwhile HD re-masters of their classic titles.

Fast forward a year, and we find ourselves in the presence of the next stop-gap in the series, Kingdom Hearts 2.5 HD Remix. Not only are we treated to the second title in its Final Mix form, but Birth By Sleep Final Mix is also included on the disc with cut scenes from Re:coded for the first time on consoles. The second title is the main showpiece here, with many potentially opting to play this on its own, being regarded as the best game in the series to date. Not only did Square open up the game graphically, they also expanded the storyline, giving the universe much more scale than before. Much needed improvements were also made to the control scheme too, which fixed many of the camera problems experienced within the first outing.


Not only are we treated to the second title in its Final Mix form, but Birth By Sleep Final Mix is also included on the disc

Considering the game is almost ten years old (scary thought) it holds up surprisingly well on PS3. Thanks to the game being presented in all its glory, the monotonous opening hours controlling Roxas are still there, meaning you’ll have to wait before finally being reacquainted with Sora. You’ll need to make sure you’re on point and ready to forget everything you learnt over the past ten years and remember Kingdom Hearts’ fiddly control scheme. The combat seems a bit button-mashy sometimes, but your powers level up and gather extra moves that you forget how simple the battle mechanics can be at times. The Final Mix of the second title also features new boss battles that weren’t included before, made up of Organization XIII, giving the game something entirely new. Considering that there’s already content in there that many won’t have experienced anyway, this gives extra value to an already worthwhile release.

Much like the Coliseum in the first game, these boss battles require you to have the combat system mastered perfectly, whilst being in possession of the best weapons and equipment. With the main game itself easily lasting up to sixty hours in length, this extra impetus to collect everything can easily add a few extra hours worth of gameplay.

Birth By Sleep is a very noteworthy addition to the package here as it is a re-master of the 2010 PSP release. As a prequel to the first game, it makes a lot of sense of the convoluted story and sets the scene perfectly. Playing as Aqua, Terra and Ventus you explore various human emotions that can actually be rather touching. With each character having their own set of abilities, and the use of magic and abilities being down to a timed gauge as a opposed to replenishing it manually, Birth By Sleep offers up a different twist to the existing formula. What hits Birth By Sleep however is its camera control which is patchy at best, making locking onto enemies a chore most of the time. The digestible story and interesting characters make this an addition to the series however that is well worth a visit for those who never owned a PSP.

Unsurprisingly, the weakest link on the disc is the collection of cut scenes, cobbled together into a movie, from Re:coded. Whilst the diehard fans of the series will probably lap it up, those who left the handheld games to one side will more than likely do so again and not touch it here. But even if Re:coded is somewhat of a damp squib, there’s plenty of value to be found elsewhere in this collection.

As a means of continually building up the anticipation for the still elusive Kingdom Hearts 3, this package hits the nail on the head perfectly. This is undoubtedly the best way to experience both Kingdom Hearts 2 and Birth By Sleep, and is a fitting tribute to how two seemingly incompatible worlds can be brought together to make one fantastic series. It’s just a shame that we will have to wait much longer until the third instalment finally sees the light of day, but wait we shall.

The 2.5 Remix is undoubtedly the best way to experience the included titles, with two and Birth By Sleep looking fantastic with Square pouring plenty of effort into this package. Of course, some of the old niggles with the camera controls are still evident but considering their age it's easy to forgive the series for some of its demons when it looks as astonishing as it does. If all developers put as much effort into their HD re-releases as Square have with Kingdom Hearts, then they would probably have been better received. Again, this is the perfect example of a re-release done right; done for all the right reasons and not simply to cash in on fans' loyalty.

With Kingdom Hearts 3 still somewhere in the distant future (probably landing in 2016) it's nice to have the anticipation built gradually in these collections, giving newcomers a chance to experience some of the magic within them too. As rumours begin to stir surrounding a PS4 release, my only hope is that if they do choose to bring these collections to PS4 then they are done right and not to make people buy again after getting their PS3 copies. As it stands however, any fan of the series needs this collection in order to play the 2.5 Final Mix, it is easily the best game in the series.