"I’ve lost a lot of time. It’s gone. From here on, I can’t waste any. If I can have a year or two, I’ll make something good. I’ll do something. Something good. Just one year. That’s all." 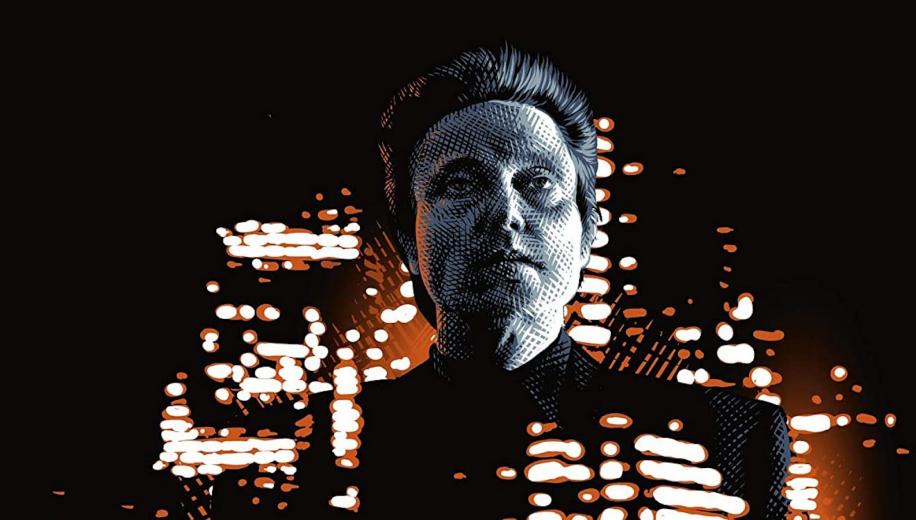 Shot in just 40 days on a restrictive budget of little over $5 Million, and heavily censored to avoid the dreaded X rating, Abel Ferrara’s seminal gangster classic King of New York was released on the same day as Scorsese’s Goodfellas, only to be met with stern negative critical disdain, and consequently buried under a heavy swathe of controversy. Looking back, it’s no surprise really: in 1990 the crack epidemic was running strong and drug dealers (particularly black drug dealers) were generally labelled as the biggest urban blight; John “The Dapper Don” Gotti was yet to be indicted – still on the streets and living the good life as the most powerful mobster in not only New York, but arguably the whole of the US.

Enter bad boy director Abel Ferrara, with an Italian-funded independent movie that not only glamorised murderous drug-dealing gangsters (in much the way that Goodfellas did, albeit without the more comfortably ‘nostalgic’ period setting) but took things several steps further, painting a modern-day portrait – complete with gangs of ruthless black thugs – that glorified a crime kingpin, showing him to be as much Robin Hood as he was Tony “Scarface” Montana; doing considerably more good for an impoverished inner-city neighbourhood than the impotent city officials in charge. Couple that with the fact that it depicted the police as being arguably as bad as the criminals they chase, throw in some interracial relationships, then-fledgling gangster rap, rampant nudity and gratuitous violence and, at the time, the movie simply couldn’t have been any more controversial.

An absolute classic, deeply underrated, and truly one of the best gangster films of all time

Christopher Walken simply is the King of New York. His embodiment of the kingpin Frank White has got to be up there amidst his absolute best performances, and a prime example of how he deserved to have more leading roles. For all his great supporting work – winning the Oscar for The Deer Hunter – and his scene-stealing cameo work (True Romance, Pulp Fiction, Things to Do in Denver When You’re Dead), he only had a few noteworthy leading roles, and Frank White towers over them. With his perfectly atypical cadence and intonation, and a part-improvised script (with lines taken from Gotti's wire-taps, including the key "I just need a year" speech, what truly makes the character of Frank White more interesting than the average drug kingpin is not the fact that he does not use his own product; not even the fact that he is in charge of an almost all-black crew, with two female personal bodyguards, but actually the twisted Robin Hood element that makes you question just how much good this character could have actually done.

Sure, we’ve already seen just how popular anti-hero characters have become, but how many gangsters have been portrayed as characters whose drive is to reform and rehabilitate a city; who confront city officials over their plans to shut the South Bronx hospital and who pledge to invest millions in order to keep it open because “privileged districts shouldn’t be the only ones with hospitals”? Few are portrayed with altruistic, benevolent intentions like this, and certainly never on this kind of scale. Early on Frank White announces that he wants to run for mayor. He’s not joking. Frank believes that he can do more good for the city than any politicians or city officials can do and, to be honest, from what we see in the film, it’s hard to dispute that statement.

It's not just Walken though, there's a whole ensemble cast to back him up - a young, on fire, pre-Matrix Larry Fishburne shares easily the best chemistry with Walken, Giancarlo Esposito (recently in the similarly themed Godfather of Harlem), Bad Boys' Theresa Randle, and even Steve Buscemi pop up on the White side of the coin, whilst Scorsese regular Victor Argo (from Scorese's highly underrated masterpiece, The Last Temptation of Christ) heads up the beleaguered cops on White's tail, with a young Wesley Snipes and a scene-stealing David Caruso (pre-CSI: Miami) under him.

At 106 minutes, there's simply no wasted footage. Every shot counts. Ferrara mounts some of his most stylish - and most tense - sequences, as he bashes his way through the beating rain in the memorable and climactic raid / car chase scene, or rides the NY subway towards oblivion, rounding out a film that may not quite be perfect (a little more time - that rumoured X-rated 2 hour cut may have achieved that) but is still an absolute classic, deeply underrated, and truly one of the best gangster films of all time.

King of New York comes to UK 4K courtesy of Arrow. This Ultra HD Blu-ray release, handled by the same studio who did an impressive enough job with their earlier Blu-ray set, and whose transition into 4K releases has been tremendous thus far (c.f. Pitch Black 4K in the UK as well as Flash 4K in the US), is another knockout on the format, making the most of not only a new Director-approved native 4K restoration from the original negative, but also glorious Dolby Vision.

King of New York is an Abel Ferrara film, and the acclaimed, controversial and arguably maverick director doesn't always make it easy to demo his work as visually opulent, favouring realistic depictions of street life, and shooting often with very restrictive budgets (as mentioned, King of New York only had $5 million to play with). With all that in mind, this is a very nice looking presentation indeed, certainly the best anybody could possibly hope for from the material, and exhibiting some excellent depictions of the blue, orange, and red-dominated shots which previous releases have struggled with somewhat in the crush and bleeding department.

It's a contender for his best film, and, rough around the edges it may be, it's shot near-perfectly, with the presentation enjoying the real locales, the real sunsets, the cold blue lighting of some of the darker sequences, the intense red-cast in some of the clubs, and the warm orange glow during the restaurant scenes. WCG, HDR and Dolby Vision make these tones rich and deep, leaving NY city lights popping, car brake lights radiating, and, as stated, some of the lighting choices pleasantly intense. Blacks are strong and rich and don't waver for an instant.

Detail is excellent, pulling every single line from Walken's visage, with a very fine layer of grain permeating the piece - impressively fine - and some manner of stability too in this regard. Close-ups are stunning, backgrounds textured, and locations suitably authentic. It's not perfect - the opening credits sequence does have a little shot-from-the-hip street footage in it, and Dolby Vision does not always render skylines well, resulting in a little smattering of shimmering noise, but only noticeable to those who choose to stare and look for the issue. Overall, it's a superb rendition of a superb film which nobody could have expected would look this damn good.

King of New York's 4K Blu-ray offers two audio options which ostensibly look identical to Arrow's earlier Blu-ray - the DTS-HD Master Audio 5.1 remix of which was basically atrocious. It had some serious deficiencies which may have been borne from the film's original sound design, which utilised then-celebrated Dolby SR - essentially a noise reduction format - whose methods for blotting out the background noise appear to, these days, result in a much more noticeable dampening in volume/dialogue/effects when remixed in 5.1, with the processing therein seeming to struggle with such variable dynamics.

Thankfully, the original Linear PCM 2.0 track - likely identical to that on the Blu-ray - continues to be the favoured choice for many, maintaining the intended sound design and rendering the key elements with aplomb. Dialogue, effects, and well-placed score are all disseminated evenly and impressively, and it suits the style of the track to be presented this way.

A hell of a lot better than the Blu-ray

The 4K's DTS-HD Master Audio 5.1 track is - surprisingly - not that bad at all, sounding nothing like the echoing mess of that old Blu-ray track, and offering a modicum of expansion across the array, with hectic gunfights, atmospheric parties, and vibrant street life. It's more than what you would expect from a no-budget 1990 crime flick shot on the streets of New York, and a hell of a lot better than what we got on the Blu-ray. Fans will probably still default to the LPCM track (and the disc defaults to it) but it's good to know that the 5.1 remix isn't an absolute car crash.
﻿

Arrow once again impresses with its dedication to the complete package, making the most of the 4K disc's capabilities by bringing all of the previous Blu-ray release's extras over to this package and porting them onto the 4K disc proper.

Arrow impresses with its dedication to the complete package

There's that great Commentary from the ever-honest Ferrara, as well as a second Commentary from some of the rest of the crew members, whilst the accompanying interview with Ferrara further expands on his work, as do the lengthy Documentaries on the filmmaker also included here. There's a Producer interview and a bunch of promo material including a number of Trailers and Teasers and a Gallery.

Ignored and insulted on release, this gangster drama has gone on to represent not only the most assured - and accessible - of the elusive works of auteur Abel Ferrara but also arguably the best lead role for the ever-watchable Christopher Walken. Take the time to pay your respects to this classic crime story – persistently quotable and utterly compelling – and revel in the electric tale of the King of New York.

The most assured and accessible of the works of Ferrara

Arrow continues its impressive assault of the 4K format, after its excellent release of Pitch Black in 4K and the US release of Flash Gordon in 4K - with Crash 4K, Cinema Paradiso 4K and the highly anticipated fan favourite Tremors 4K just around the corner - delivering a superb new 4K restoration of King of New York, complete with strong audio and all the old, excellent, extras, now ported over to the 4K disc itself. It comes highly recommended.